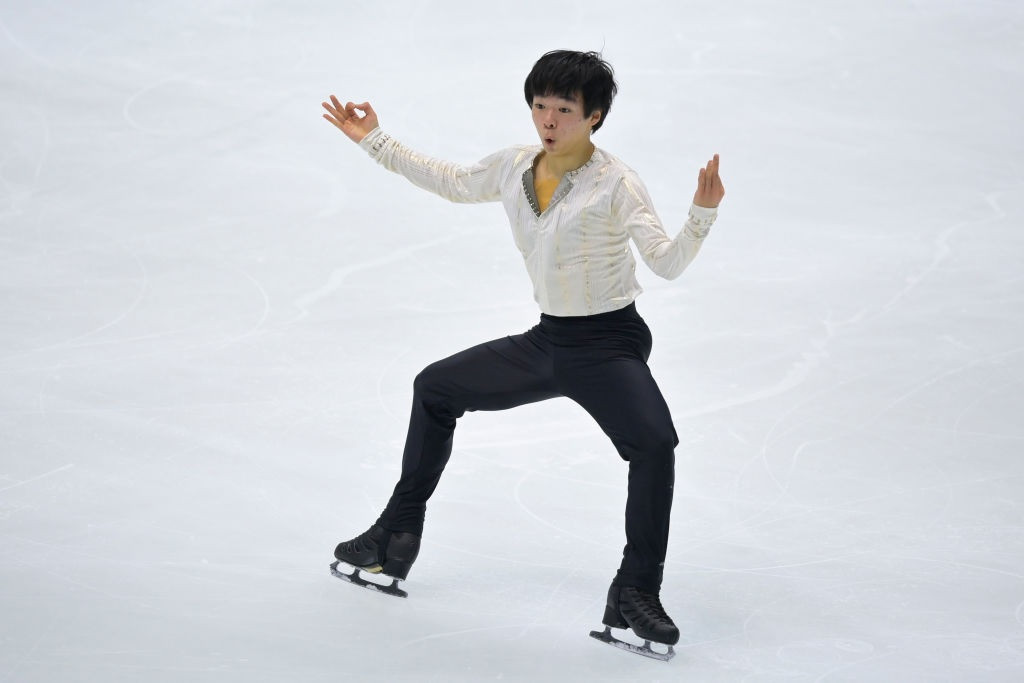 Youth Olympic Games gold-medallist Yuma Kagiyama underlined his burgeoning talent by taking the lead in the men’s singles on his Grand Prix of Figure Skating debut in Osaka.

Aside from an error on an axel, the 17-year-old Japanese skater produced a superb short programme routine which included two quadruple jumps.

Kagiyama leads the way on 87.26 points ahead of Japanese counterparts Kazuki Tomono on 83.27 and Lucas Tsuyoshi Honda on 79.22.

"I was really, really frustrated with myself," said Kagiyama when reflecting on his mistake.

"The first half of the programme was better than anything I had done in training - salchow, toe-loop included - and I thought this was going to be good. I started thinking too much, trying to perfect it and couldn't move the way I wanted to.

"I thought I was close to perfect on the quads and I'm pleased about that because they were better than anything I was doing in practice.

"The way I see it I'm starting all over again because this is my first senior competition."

1⃣ Yuma Kagiyama ?? takes the lead in the Men's Event as day 1 at the NHK Trophy comes to an end! ?? #GPFigure #FigureSkating pic.twitter.com/Gem7WmxawZ

Top seed Kaori Sakamoto of Japan cruised to the lead after the ladies short programme, scoring 75.60.

Japan’s Wakaba Higuchi overcame a fall to finish second with 69.71 while compatriot Mako Yamashita sits in third on 67.56.

Young You of South Korea - the only non-Japanese skater in the field - is in last place on 55.56 after a series of errors.

"I was able to skate a good short programme and I feel relieved," Sakamoto said.

"It was for the first time that I had the (triple) lutz (in the short programme) for five years and I was able to skate clean.

"It is very motivating to skate in front of an audience.

"In the free programme, I hope to have more energy and to keep my position."

1⃣ 2018 Four Continents Champion Kaori Sakamoto ?? leads after day 1 at the NHK Trophy! A wonderful performance helped her to a score of 75,60 points ? #GPFigure #FigureSkating pic.twitter.com/0mcd44eZav

Making his ice dancing debut, Daisuke Takahashi - a bronze medallist in the men’s singles at Vancouver 2010 - came second alongside Muramoto Kana in the rhythm dance.

Rikako Fukase and Eichu Cho are third with 63.46.

"I was pretty nervous at the morning practice but I felt pretty calm in competition," said Takahashi.

"I had a few hiccups but didn't make any huge mistakes so all things considered, the performance went well."

The competition continues tomorrow and is due to finish on November 29.

The NHK Trophy is the fourth stop on the Grand Prix of Figure Skating schedule after events in the United States, China and Russia.