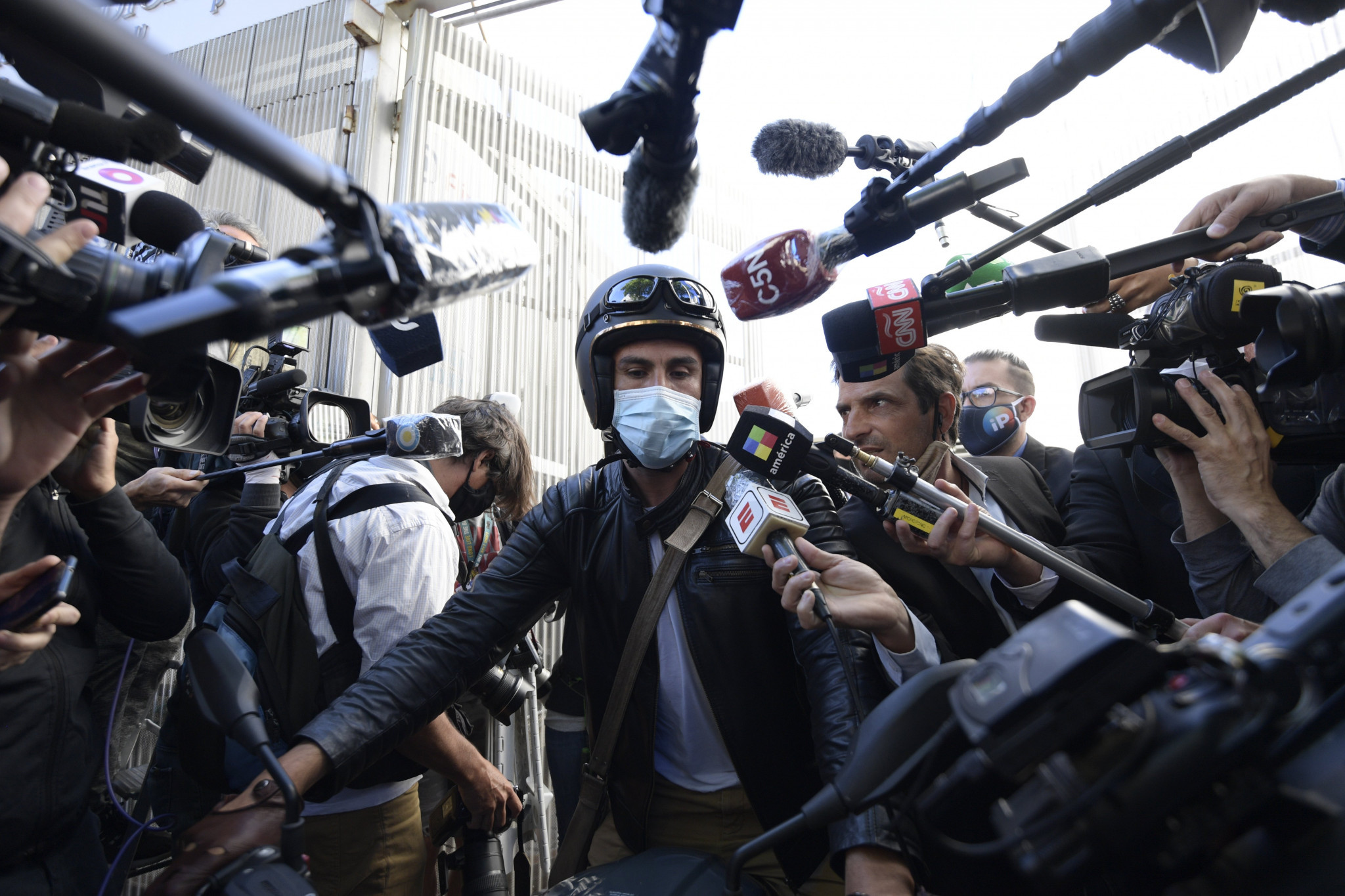 Diego Maradona's doctor is being investigated by Argentine prosecutors following the death of the 60-year-old football legend last week.

Maradona, widely considered one of the greatest footballers of all time, died of a heart attack at his home in Buenos Aires on Wednesday (November 25).

Police in Argentina's capital have now searched the house and private clinic of Maradona's doctor, Leopoldo Luque, and retrieved items such as computers, mobile phones and medical notes.

They are trying to establish if there was negligence in treatment following Maradona's successful operation on a brain clot earlier this month.

He was also being treated for alcohol dependency.

There are suspicions that Maradona's care at home might not have met the conditions of his discharge from Luque's clinic.

The conditions are reported to include a 24-hour team of nurses "specialised in substance abuse", the on-call presence of doctors and a stand-by ambulance equipped with a defibrillator.

In a press conference, Luque, who has not been charged and denies any wrongdoing, claimed he had done everything possible to keep Maradona alive.

"You want to know what I am responsible for," he said.

The 39-year-old Luque also claimed Maradona's post-surgery care was not his responsibility and said the star should have entered a rehabilitation centre.

"I was done with him.

"He should have gone to a rehabilitation centre.

Maradona played club football in Argentina, Spain and Italy, and is perhaps known best for his exploits at Napoli, where he helped the team win Serie A, Coppa Italia and UEFA Cup titles.

Barcelona, Boca Juniors and Argentinos Juniors were among the other clubs Maradona played for.

He also shone on the international stage, helping Argentina to the Mexico 1986 FIFA World Cup title with a display that is viewed as one of the greatest World Cup performances of all time.

Maradona scored five goals in the tournament, including two in the quarter-final victory over England, and received the Golden Ball as the tournament's best player.

One of his goals against England was the infamous "Hand of God" goal, while the other was a sensational solo effort.

He also scored a brace in a 2-0 win over Belgium in the semi-finals, before Argentina beat West Germany 3-2 in the final.

Maradona won 91 caps for Argentina in total, scoring 34 goals, and was also a runner-up at the Italy 1990 FIFA World Cup.

Maradona played in four World Cups, but his international career finished in controversial circumstances after he was sent home from the 1994 tournament in the United States for failing a drugs test.

His troubles with substance abuse were well-documented, and Maradona had previously been suspended for cocaine use.

A much-loved figure, Maradona's public appearances in recent times - such as at the 2018 FIFA World Cup in Russia - frequently gave cause for concern over his well-being.

In 2010, Maradona managed his national side at the FIFA World Cup in South Africa, but it was an unsuccessful experience as they lost 4-0 to Germany in the quarter-finals.

His death has caused an outpouring of grief around the world.