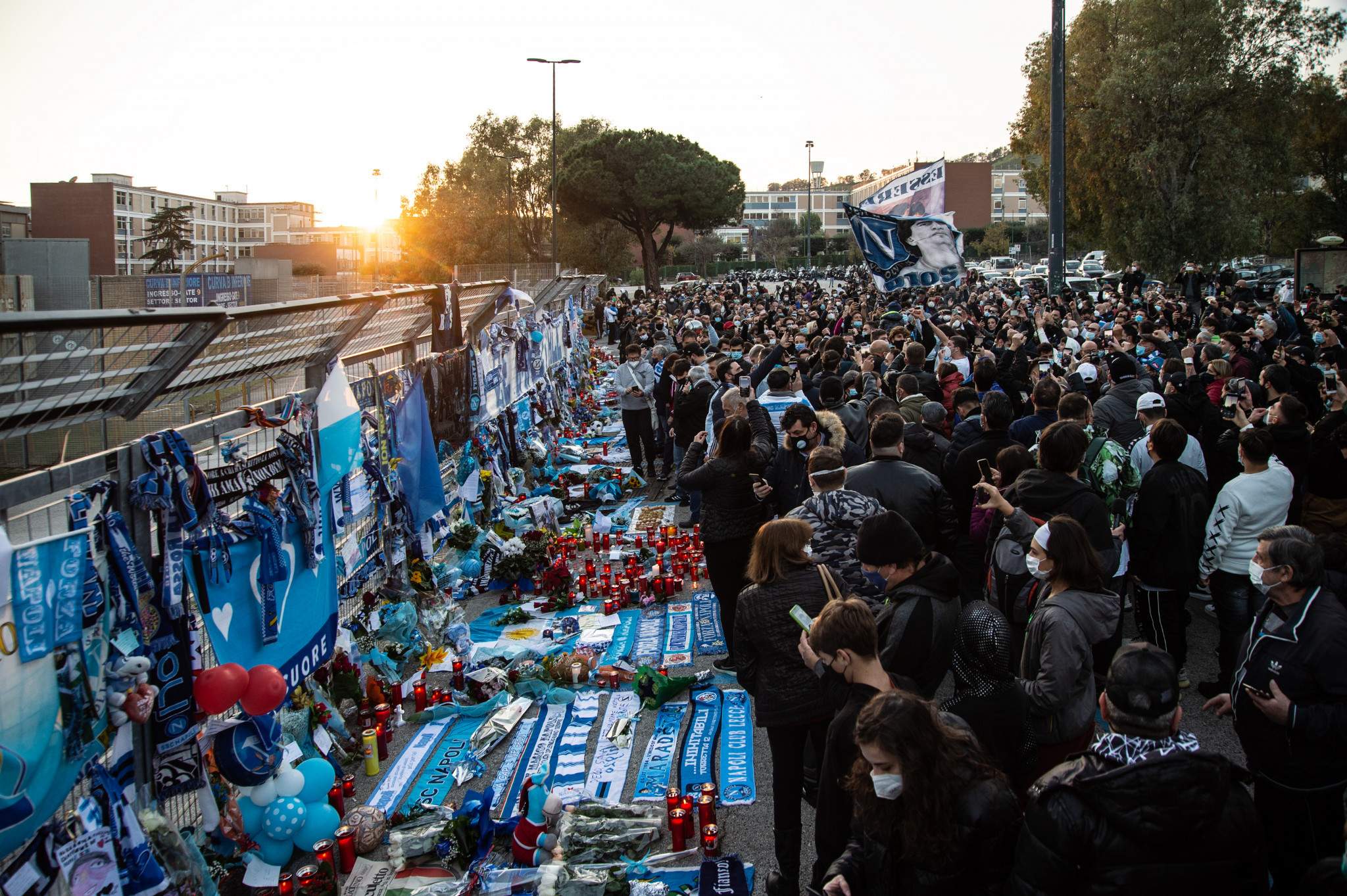 The Italian city of Napoli has been paying its respects to Diego Maradona amid calls for the San Paolo Stadium in the city to be renamed in his honour.

The stadium was renovated for the 2019 Universiade and International University Sport Federation (FISU) President Oleg Matytsin today recalled the moment when the crowd at the Games began cheering Maradona.

"When the Argentinian team entered the Stadio San Paolo for the Opening Ceremony of the Napoli 2019 World University Games, they lifted Argentina football shirts with Maradona’s name and number.

"Clearly, the crowd had been instantly transported back to a time when Napoli was lucky enough to witness the skill of the world’s most talented football player, as he played for their city on a regular basis and they were filled with warmth and happiness at this memory."

Maradona was never a university student himself, but responded with a message to the Universiade in which he told the Neapolitans: "I want to thank you with all my heart for the welcome given to my country’s delegation at the Opening Ceremony."

Now Napoli’s Mayor Luigi de Magistris has led calls for the stadium to be renamed in honour of Maradona.

"Diego made our people dream, he redeemed Naples with his genius. In 2017 he became our honorary citizen.

"Diego, Neapolitan and Argentine, you have given us joy and happiness! Naples loves you!"

Although no decision has yet been taken, the call has also received the backing of Napoli club President and film producer Aurelio de Laurentiis who said: "For Napoli, he represented everything.

"Our hearts will be lit up with your genius. It might be an idea to call the stadium San Paolo-Maradona."

The stadium floodlights burned last night in tribute after the announcement of Maradona’s passing from a heart attack while tributes took place tonight prior to Napoli's UEFA Europa League group game against Rijeka.

On the outer wall of the stadium, fans had attached a banner which said: "Immortal King, your banner will never cease to fly," in tribute to the player who twice inspired Napoli to the Scudetto (Italian Championship) and UEFA Cup in seven years at the club from 1984 to 1991.

In the Spanish quarter of the city, fans also lit candles and flares and laid floral tributes beneath a giant mural and permanent shrine depicting Maradona in his Napoli heyday.