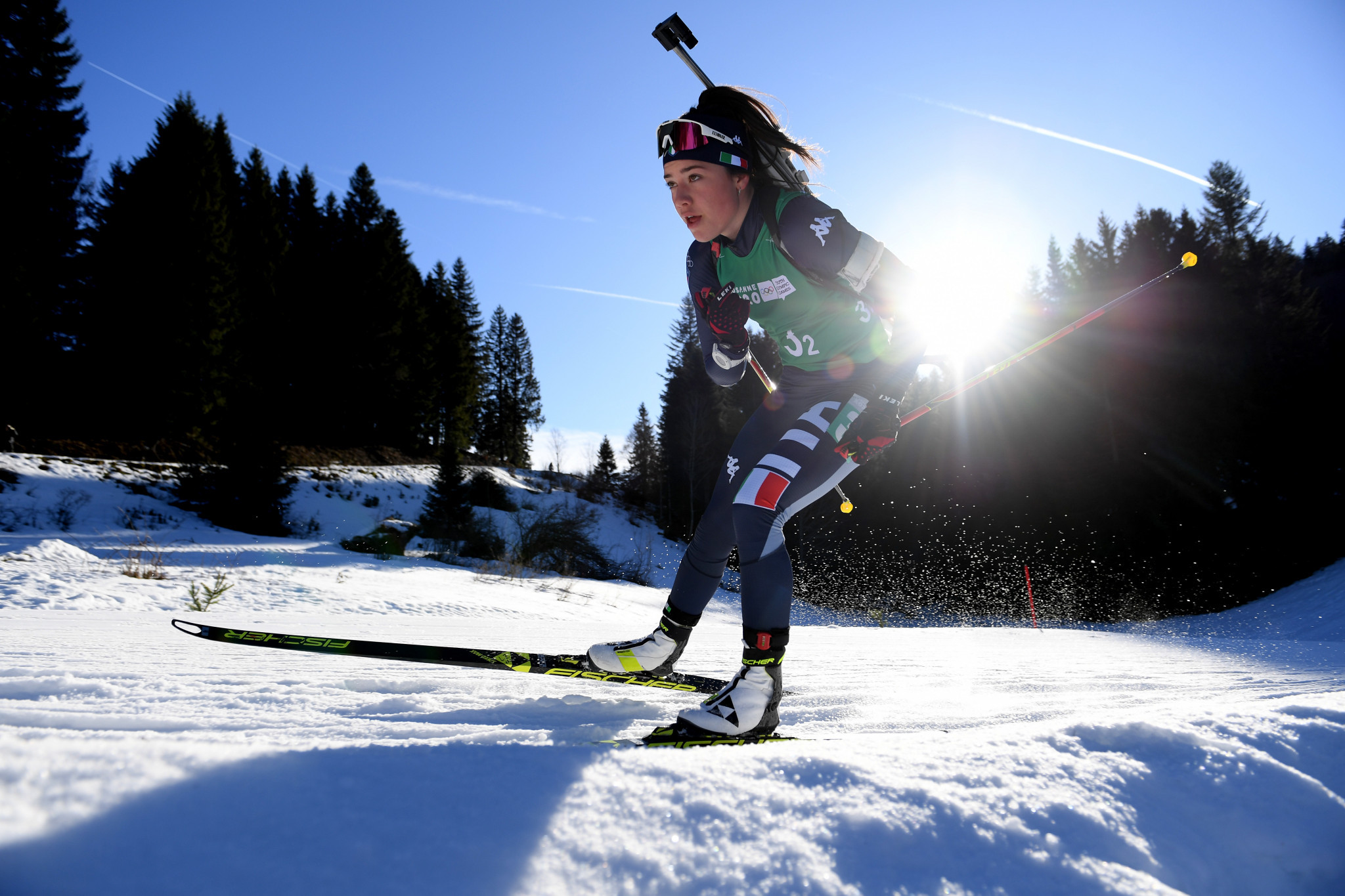 Italian biathlete Linda Zingerle has been named as the winner of the European Olympic Committees (EOC) Winter Piotr Nurowski Prize.

Zingerle - one of five athletes nominated for the award, which seeks to recognise the best young athletes in Europe - was revealed as the recipient of the prize during the EOC's virtual General Assembly today.

Her nomination followed success at the Lausanne 2020 Winter Youth Olympic Games, where she won gold in the mixed team relay event with Martina Trabucchi, Nicolo Betemps and Marco Barale.

Further success came at this year’s Youth and Junior Biathlon World Championships, where the 18-year-old won gold in the sprint, silver in the women’s relay and bronze in the pursuit.

Berzins was shortlisted after winning gold and silver medals in the individual and team relay events, respectively, at Lausanne 2020.

Degenhardt was the silver medallist in the women’s individual event, but earned gold in the doubles competition at the Games.

Zingerle was named as the winner of the award after receiving 16 of the 50 votes cast, with Hirner the runner-up on 14.

Third place went to Svancer after he earned nine votes, followed by Berzins and Degenhardt on seven and four, respectively.

"I am really happy, really surprised and am honoured,” Zingerle said.

"I would like to thank you and say that without my coaches, team-mates, friends and family, I would not be here.

"Thank you all very much."

All five finalists will be given financial support for training and educational purposes.

The five athletes will each receive a trophy, which has been newly designed.

The EOC said the trophy is parallelepiped in shape and is made of beechwood and crystal.

The crystal is claimed to symbolise purity while the beechwood, the most popular broadleaf in Europe, is well-known for its growth potential - which the EOC claim is fitting for the best young athletes in Europe.

Eleonora Salerno, the Italian designer of the trophy, described its symbology as "the metaphor of athletes’ pure souls, who want to reach the most shining stars, by starting off from their own land, tree and roots".