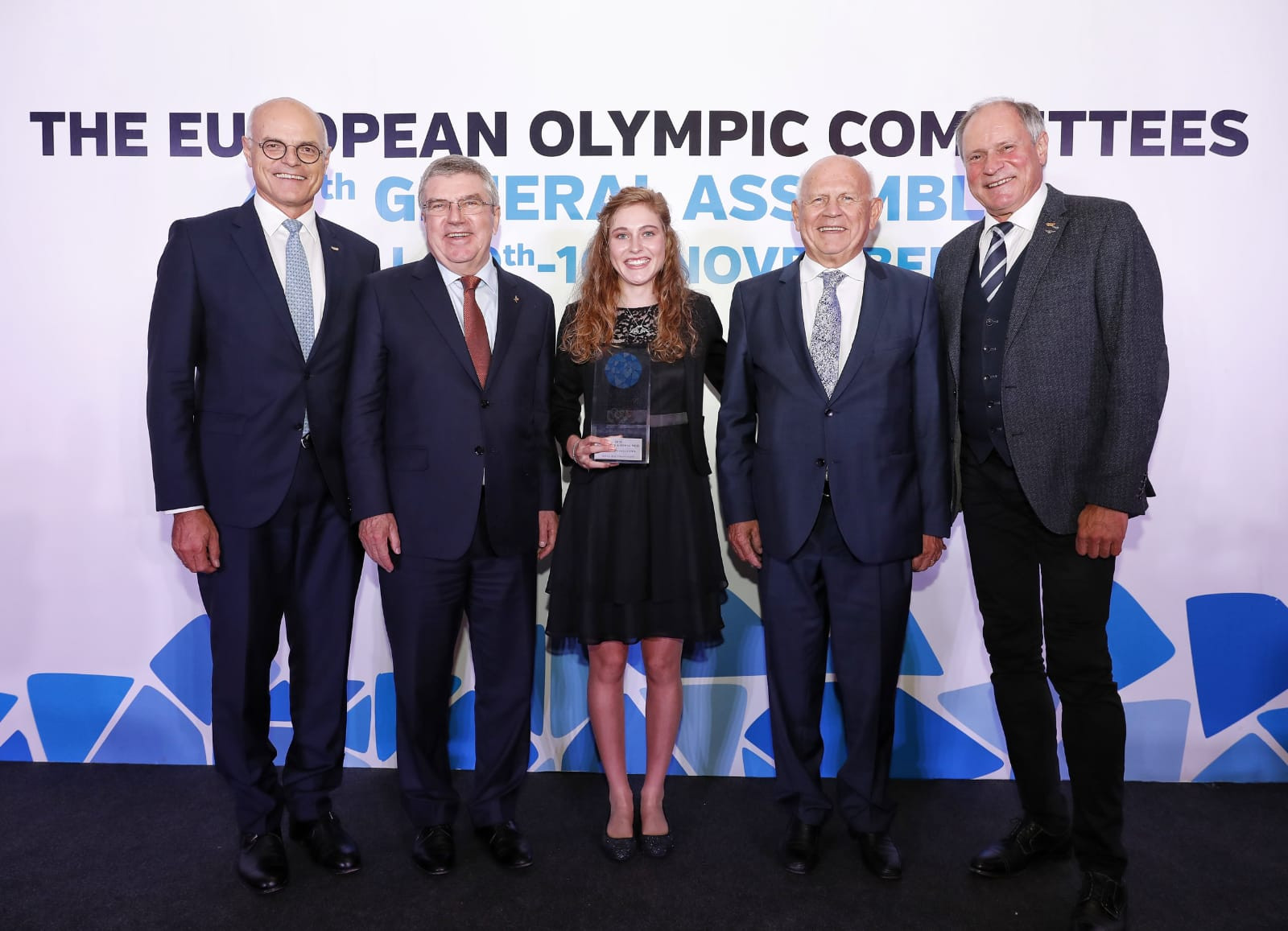 Stigger was one of five candidates for the prize, which recognises the best young athlete from the continent.

The 18-year-old enjoyed a successful year, which included the successful defence of her junior European and World Championship cross-country mountain bike titles.

She would also enjoy success at the International Cycling Union Road World Championships in Innsbruck.

In only her second road race, the Austrian claimed junior gold in front of a home crowd in the city.

Stigger would also claim a silver medal at the Buenos Aires 2018 Youth Olympics, along with team-mate Hannah Streicher after a strong performance in the five discipline competition.

The Austrian was awarded a €15,000 (£13,000/$17,000) prize for winning the EOC award, with the financial assistance for training and educational purposes aimed at helping the cyclist on her path towards the Olympic Games.

She also won two silvers and one bronze medal at the senior European Championships in Glasgow.

Tennis player Światek won the women's junior singles titles at Wimbledon this year, as well as securing the junior doubles crown at the French Open.

She also teamed up with Slovenia's Kaja Juvan to win the women's doubles title at Buenos Aires 2018.

Stastny earned men's keirin gold at the UCI Junior Track Cycling World Championships, as well as earning silver in the kilometre time trial and bronze in the individual sprint.

The award is named after Nurowski, the former President of the Polish Olympic Committee who died in 2010 in a plane crash in Russia.