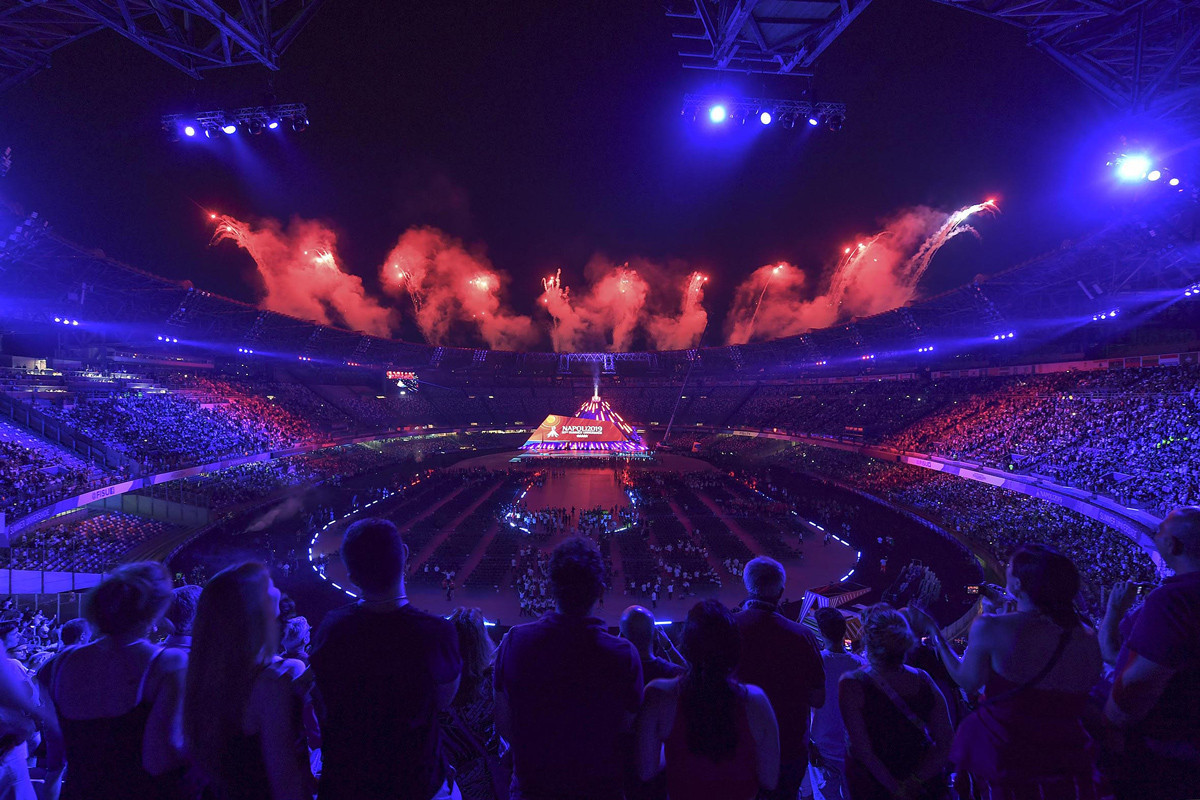 The International University Sports Federation has claimed that the San Paolo Stadium is officially ready to leave a lasting mark on the community long after the Naples 2019 Summer Universiade.

The restyling of the venue is now complete and ready to host Italian professional football club SSC Napoli.

The placement of the remaining seats – about 5,000 out of 54,000 – in the lower-level curve wrapped up the process prior to the team's first home Serie A game of the season, against UC Sampdoria, on September 15.

The stadium in Napoli's Fuorigrotta neighbourhood was used for athletics and the Opening and Closing Ceremonies at Naples 2019, which took place from July 3 to 14.

"We are proud to have given the city, its football team and its audience a stadium that lives up to other international venues," Gianluca Basile, the extraordinary commissioner of the Naples 2019 Organising Committee, said.

"We followed the restyling process with great interest, which shows the importance of this venue, both in the sports domain and in the hearts of the people of Naples.

"Without a doubt, Neapolitans will be able to take care of this great legacy of the Universiade."

A total of €22 million (£20 million/$24 million) was invested by the Campania region to refurbish the San Paolo Stadium for Naples 2019.

Refurbishment work also included construction of a new athletics track, creation of an audio-video and illumination system and renovation of restroom facilities.

The renovation of the locker rooms and video surveillance system is ongoing, and in accordance to the original planning procedure.

Additional seats from the San Paolo Stadium also form part of the newly upgraded Landieri Stadium in the Neapolitan suburb of Scampia.

The 30th Summer Universiade finished as it began, with a sell-out at the San Paolo Stadium.

The event saw Italian music stars Clementino and Mahmood bring the curtain down on Naples 2019.