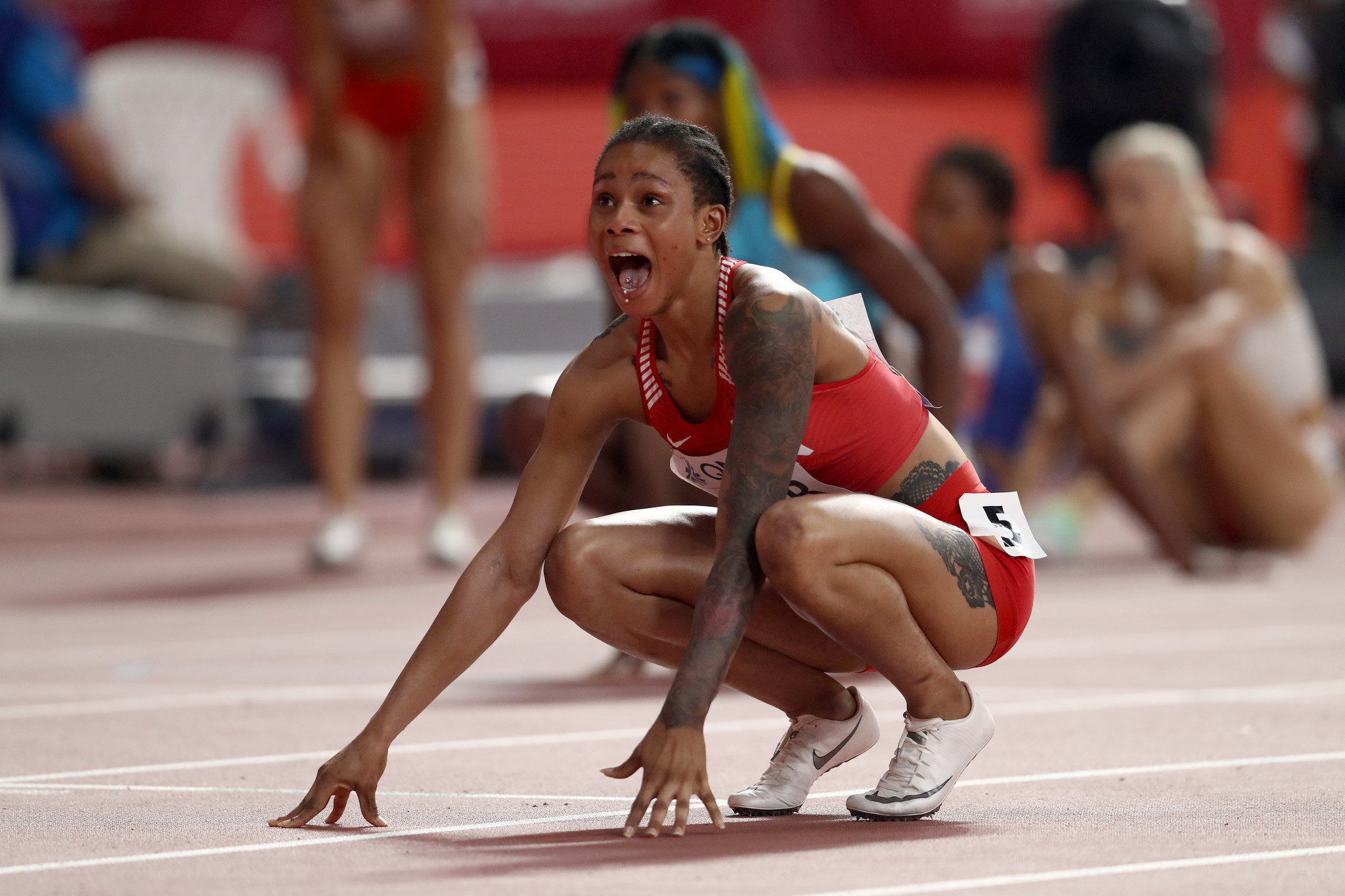 The Athletics Integrity Unit (AIU) has appealed to the Court of Arbitration for Sport (CAS) after women's 400 metres world champion Salwa Eid Naser was cleared on whereabouts charges last month.

Naser escaped a two-year ban, which would have kept her out of the rearranged Tokyo 2020 Olympic Games, after a drugs tester knocked on the door of a storage cupboard instead of her apartment.

The 22-year-old, born in Nigeria but who runs for Bahrain, had been charged with four alleged whereabouts failures by the AIU in June.

The World Athletics Disciplinary Tribunal ruled the alleged violation in April 2019 should not stand, however, which meant Naser had not missed three tests inside the 12-month window.

Filing failures are backdated to the first day of every quarter, so in Naser's case January 1, 2019.

The AIU has now confirmed an appeal to CAS.

"The AIU has submitted an appeal to the CAS against the Disciplinary Tribunal's decision to dismiss the charges against Salwa Eid Naser for whereabouts failures," an AIU statement read.

The Disciplinary Tribunal had acknowledged the decision in the athlete's favour was "borderline".

The Tribunal report claimed the circumstances "would have been comical were the consequences not so serious" with regards to the April case.

The AIU has submitted an appeal to the Court of Arbitration for Sport (CAS) against the Disciplinary Tribunal's decision to dismiss the charges against Salwa Eid Naser (BRN) for Whereabouts failures. #AIUNews pic.twitter.com/90zRdqiyJh

Doping control officer Enrique Martinez was looking for Flat 11 in Naser's building and found two doors close to one another.

The Tribunal deemed that Martinez should not be blamed, saying the door numbering is "extremely confusing" and that he "went beyond the call of duty" in attempting to find Naser later in the day and at the national stadium.

He had earlier been given a building number which did not exist, but found the correct place as he had a picture from a previous visit.

The report also concluded that Naser "did not help herself" in many regards due to the lack of information she had submitted.

The sprinter had reportedly changed her number several times and had struggled with the ADAMS system which athletes use to enter whereabouts details and other information, so they can be drug-tested at random.

The Bahrain Athletics Association had reportedly assigned a member of staff to input whereabouts information on her behalf.

World Anti-Doping Agency President Witold Bańka said last month that he was concerned regarding the outcome of the case, adding that the organisation would consider an appeal.