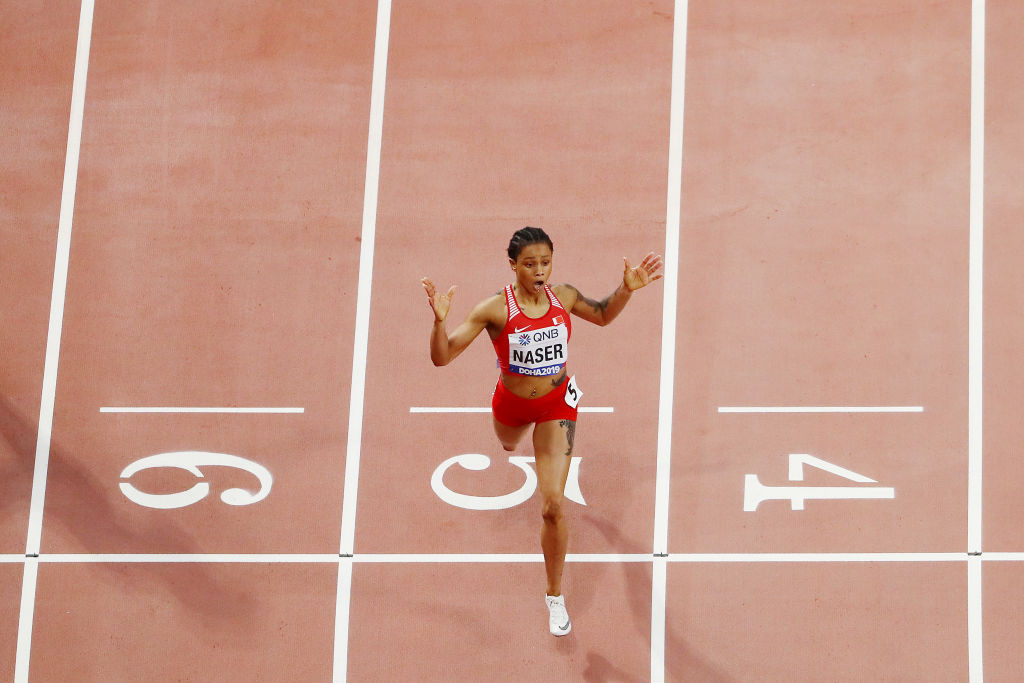 Salwa Eid Naser of Bahrain was under investigation for whereabouts failures when she stormed to a shock gold medal in the 400 metres at last year's World Athletics Championships in Doha, the Athletics Integrity Unit (AIU) said today.

Naser, who won the 400m title at the event in the fastest time since 1985, was provisionally suspended by the AIU last week.

The Nigerian-born runner claimed she had been provisionally suspended for missing three drugs test, but, in a rare example of the AIU publicly responding to an attempted explanation from an athlete, the body said the actual number was four.

The AIU confirmed Naser, who could be stripped if the charges against her are proven, was being investigated for three missed tests prior to the World Championships in Doha.

The AIU, which handles doping cases on behalf of World Athletics, said Naser committed a further whereabouts failure in January of this year.

The media article relating to the public comments made by the athlete can be found here ⬇️https://t.co/2F1U8qigeB pic.twitter.com/kJjj4a5Z6D

"The investigation into Ms Naser's three whereabouts failures in 2019 was ongoing at the time of the Doha World Championships and she was not provisionally suspended at that time," the AIU said in a statement.

"Following conclusion of the investigation and a fourth whereabouts failure in January 2020, a notice of charge was issued and Ms Naser subject to an immediate provisional suspension.

"The disciplinary process is ongoing."

Naser, whose time of 48.14 seconds was the third-fastest women's 400m of all time, claimed in a video yesterday that she had "never been a cheat".

"I only missed three drug tests, which is normal," she said.

"It can happen to anybody.

"I don’t want people to get confused in all this because I would never cheat."