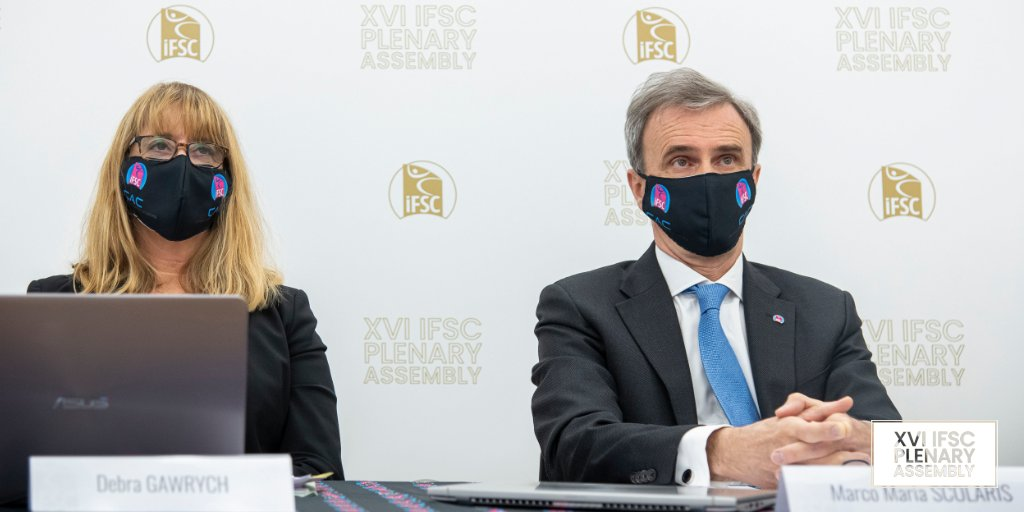 The Association of Summer Olympic International Federations (ASOIF) President Francesco Ricci Bitti has said he believes sport climbing has a "bright" future ahead.

Ricci Bitti was speaking on day two of the International Federation of Sport Climbing (IFSC) Plenary Assembly, which is being held virtually during the coronavirus pandemic.

During a video greeting, which opened the second day of proceedings at the Plenary Assembly, Ricci Bitti, who was last week re-elected President of the umbrella body also praised sport climbing for contributing to the "evolution of the Olympic Games."

"You are contributing to the evolution of the Olympic Games in terms of feelings with young people," said Ricci Bitti.

"Your sport is a very young sport, even urban, and so your future is bright.

"Good luck and enjoy having a successful meeting today."

Among the business conducted on day two of the Plenary Assembly was the ratification of the newly-formed Paraclimbing Committee of the IFSC.

The previous Paraclimbing Commission was disbanded last year, with the newly-ratified Committee being appointed later in 2019.

Two coaches, two experts, and one route-setter were selected by the IFSC Executive Board.

The IFSC Paraclimbing Committee is chaired by Sebastian Depke, one of two Athlete Representatives alongside Jessica Sporte.

The experts on the Committee are Sian Spencer and Wayne Gearey.

Rotem Jacobs and Naoya Suzuki are the coaches on the Committee and Christophe Cazin is the route-setter.

In other business, all IFSC-proposed statute amendments voted on during today’s session were approved.

Proceedings on the first day of the Plenary Assembly yesterday included the Swiss city of Bern being awarded hosting rights for the 2023 World Championships as well as the welcoming of six new member federations.