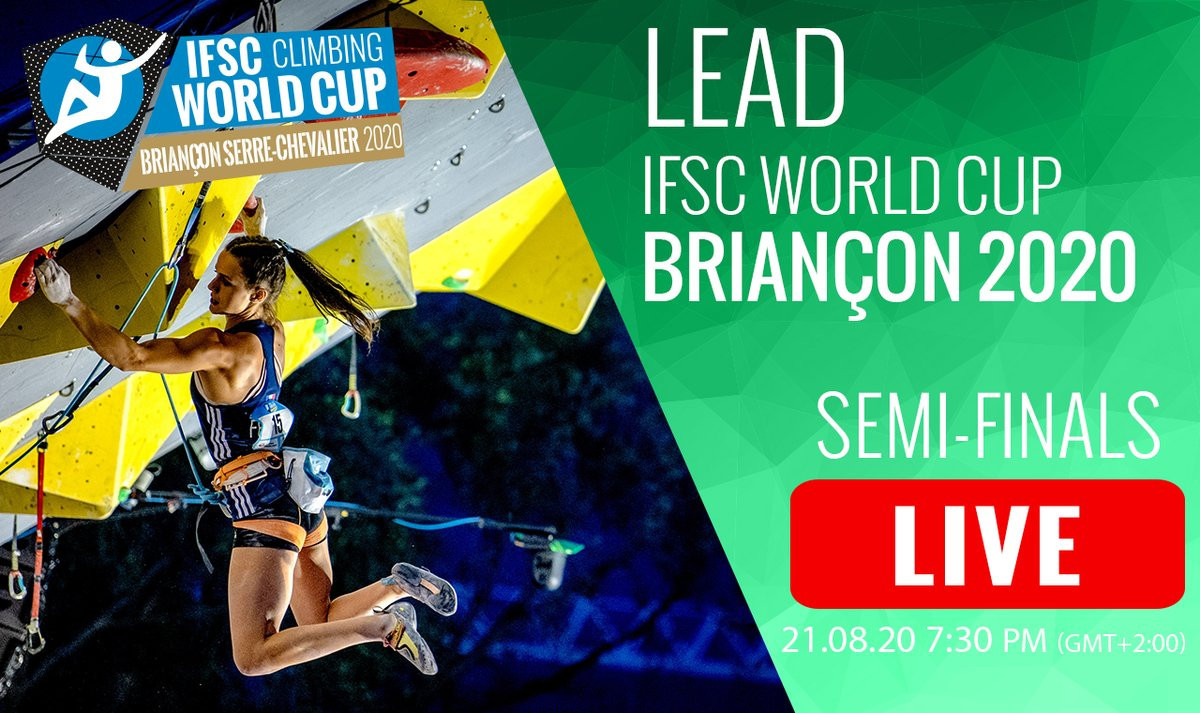 The opening International Federation of Sport Climbing (IFSC) World Cup of the 2020 season, which started in Briançon today, is set to benefit from record international broadcasting coverage, it is claimed.

The IFSC revealed that the number of television deals signed for the event had increased by 38 per cent, perhaps an indication of just how desperate broadcasters are to having any live sport to show with so many events cancelled as a result of the COVID-19 pandemic.

Live coverage of the event at the Parc Des Sports in the commune in the Hautes-Alpes department in the Provence-Alpes-Côte d'Azur region in southeastern France was due to be carried by the NBC Olympic Channel Home of USA, French television channel L'Equipe, Japanese network J-Sports and Czech Republic national broadcaster CTV Sports.

In Slovenia, the women’s finals are also scheduled be broadcast live tomorrow as a result of the presence of 21-year-old Janja Garnbret, winner of an incredible 26 World Cup events and six World Championships.

The men’s final is set to be aired delayed-as-live later the same evening.

ESPN Latin America are due to stream the event live on their OTT platform, as well as offering television coverage of the competition.

We’re excited to cheer on all our European companions in semi-finals of the @IFSClimbing Briançon WC. You can tune in live on the @olympicchannel! https://t.co/OqWWu6S4x4

Both today's semi-finals and tomorrow's finals from Briançon are scheduled to be live streamed by the Olympic Channel.

On the IFSC’s YouTube channel, both semi-finals and finals are going to be streamed live, and the whole programming will also be available on-demand.

Following the competition, Chinese fans will be able to enjoy the full program on the IFSC’s Weibo profile, while video-sharing social networking service Douyin will focus on highlights and stand-out performances.

"The IFSC is proud to give the stage here in Briançon to our athletes who were able to travel and participate in the event.

"The battle against the COVID-19 pandemic is not over, but we want to give hope to those who are fighting and those who cannot travel.

"May the images of our athletes climbing inspire our world."