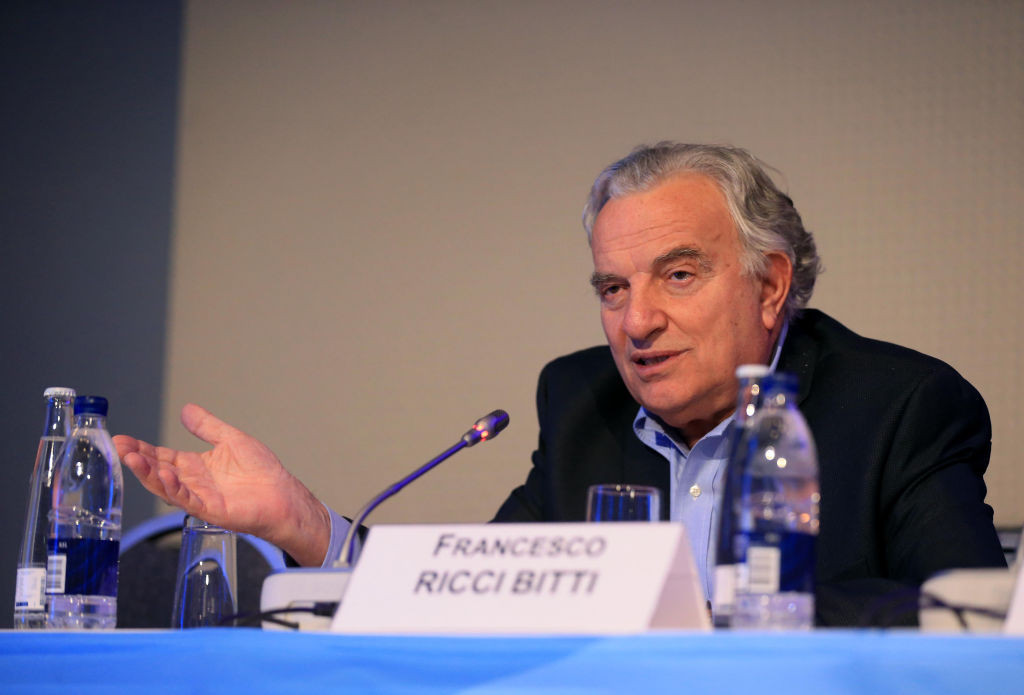 Francesco Ricci Bitti promised he is "ready to provide the continuity" needed to help the Association of Summer Olympic International Federations (ASOIF) address the challenges caused by the COVID-19 pandemic after he was re-elected President of the umbrella body.

The 78-year-old will serve a third and final four-year term after receiving the unanimous backing of ASOIF members during the organisation's virtual General Assembly today.

The Italian, who has been ASOIF President since 2012, was the only candidate for the position and is set to serve as head of the umbrella organisation until before the 2024 Olympic Games in Paris.

"I have enjoyed very much to serve this group of friends during these past eight years, and now in this difficult and challenging time for sport, I am ready to provide the continuity that is needed and also to prepare for the future of ASOIF," Ricci Bitti said.

"I believe ASOIF is in very good shape and is a great organisation within the Olympic Movement.

"We do our best to serve the International Federations and also to provide to value to the Olympic Movement itself, which is needed at this time."

The ASOIF Presidential election had to take place this year under the organisation's statutes, and executive director Andrew Ryan revealed that the Council had agreed the four-year cycle should be retained.

The General Assembly had been scheduled to be held during the SportAccord World Sport and Business Summit in Beijing in April but was moved online after the event was cancelled.

ASOIF members approved statute changes to ensure gender neutral language, as well as allowing the umbrella body to hold its General Assembly virtually and voting by electronic means in the future, while the revised 2020 budget and draft budget for 2021 were also accepted.

Francesco Ricci Bitti, @ITFTennis Honorary Life President has been elected as ASOIF President for the third and final term at the ASOIF General Assembly 2020.

Tokyo 2020 updated the ASOIF membership on its preparations for the Olympic and Paralympic Games, pushed back to 2021 because of the coronavirus pandemic, in a written report.

Ricci Bitti, former President of the International Tennis Federation, added his voice to the chorus of International Olympic Committee and Tokyo 2020 officials who have insisted the Games will take place in its rearranged slot next year.

"The Games will be delivered, even if in challenging conditions," he said.

World Rowing executive director Matt Smith stressed addressing issues surrounding qualification for Tokyo 2020, which has been severely impacted by the COVID-19 crisis, was "getting urgent".

The IOC said earlier this year that 57 per cent of places at Tokyo 2020 had been filled, with those who have already secured an Olympic berth keeping their places.

Dozens of qualification events have been postponed or cancelled due to COVID-19, raising concerns over how athletes can book a spot at the first postponed Olympics.

"We have already qualified people and we accept the principles for Tokyo 2020 will be respected, but obviously we have many issues open," Ricci Bitti said.

The ASOIF executive director admitted the body "has no doubt it will be a very big challenge to complete qualification" during the pandemic.