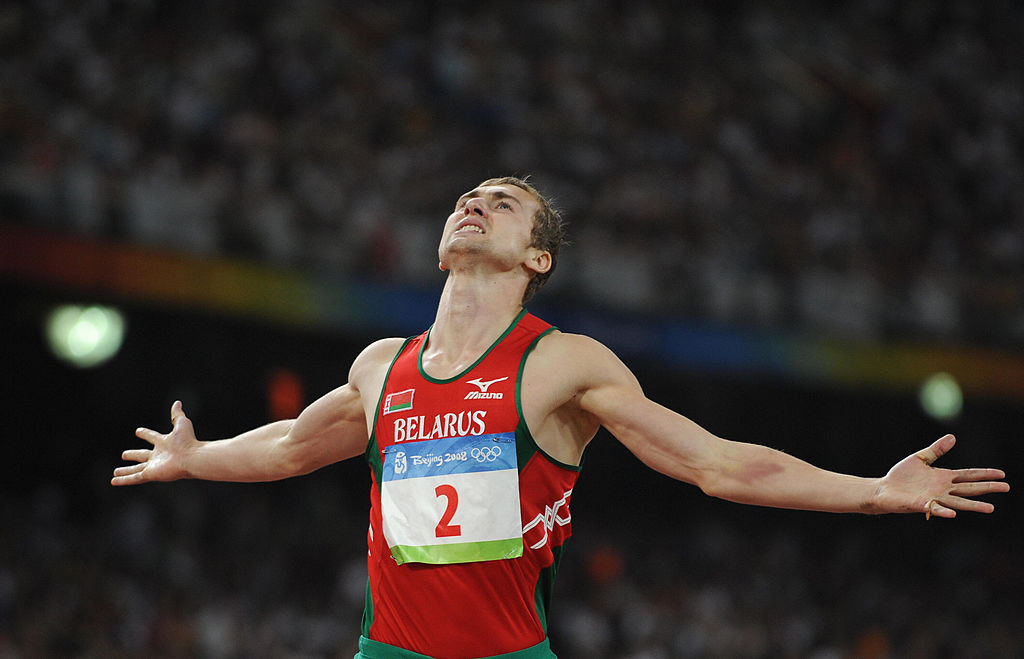 Olympic silver medallist Andrei Kravchenko has been detained by Belarusian authorities during a demonstration against President Alexander Lukashenko amid continued calls for the country's National Olympic Committee (NOC) to be suspended amid allegations of political discrimination against athletes.

The Belarusian Sport Solidarity Foundation (BSSF) said Kravchenko, who won silver in the decathlon at the 2008 Olympic Games in Beijing, had not even been participating in the protest when he was arrested.

Kravchenko, a two-time world silver medallist and former European champion, and kickboxer Ivan Ganin have been sentenced to 10 days in prison for taking part in the "March of Democracy", staged in Minsk earlier this week.

The National Olympic Committee of the Republic of Belarus (NOCRB), led by Lukashenko, has been accused of "encouraging continuous violence and turning its blind eye to the ongoing multiple cases of discrimination and violence" by the BSSF amid the Government crackdown on protestors.

The BSSF alleged "many athletes have been tortured, beaten and arrested" for speaking out and demonstrating against Lukashenko.

The group has claimed athletes are facing discrimination from the NOCRB for participating in protests or expressing views contrary to the Government.

An investigation has been launched by the International Olympic Committee (IOC), which has warned the NOCRB could face sanctions - including a ban of the Belarus flag at Tokyo 2020 and Beijing 2022 - if it finds the NOC has breached the Olympic Charter.

James MacLeod, director of Olympic Solidarity and NOC relations at the IOC, said today the organisation was aware of the latest allegations made by the BSSF.

"We are continuing the investigation," MacLeod said following a remote meeting of the IOC Executive Board today.

"Since then we have met with a group of demonstrators in Lausanne who asked to meet with the IOC to voice their concerns.

"They have been working closely with the BSSF that had raised the allegations of athlete discrimination on the basis of political interference.

"Certainly, we took those comments from them in consideration.

"We asked them if there were additional pieces of information we might need to look at and we were happy to receive those.

"We have been in exchange with the NOC and the Athletes’ Commission, and have had additional information from BSSF."

The Belarus Swiss Association (RAZAM), the group which met with the IOC during a protest against the crackdown in Belarus in Lausanne last month, alleged the Belarus Government has intimidated at least 40 athletes and coaches.

More than 10 have been given prison sentences, including Olympic basketball player Yelena Leuchanka.

The BSSF and RAZAM delivered a letter to the IOC following the protest in the Olympic capital, demanding the NOCRB be suspended and to "accelerate investigation of the facts of discrimination and violence against Belarusian athletes".

In an update in October, the IOC Executive Board reiterated its "serious concern" with the crisis in Belarus, which could lead to the IOC banning the NOCRB.

The IOC said it would "continue to monitor the situation of Belarusian athletes in advance of the Olympic Games Tokyo 2020 and the Olympic Winter Games Beijing 2022, and remains open to receiving any further information relating to athlete discrimination on the grounds of political views if these athletes are under the authority of the NOC".

The BSSF said over 1,000 Belarusian citizens including journalists, sportsmen, doctors, and artists were detained in arrests following the "March of Democracy" on Sunday (November 8), where it said peaceful protests had turned into "brutal and mass detention" from authorities.