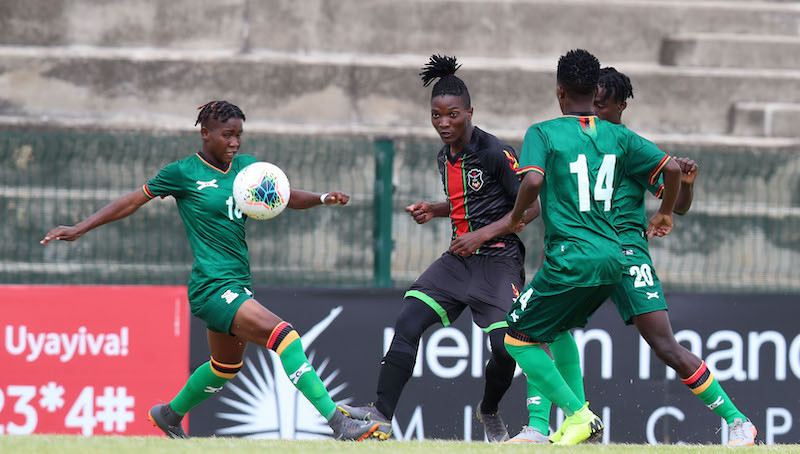 Zambia secured a place in the semi-finals of the Council of Southern Africa Football Associations (COSAFA) Women's Championship despite losing 1-0 to Malawi.

Temwa Chawinga was on target again for Malawi at the Wolfson Stadium in Port Elizabeth and helped her team top Group B with six points.

The two teams will now meet again in the semi-finals after Zambia scraped through as best-placed runner-up.

This was at the expense of Angola, despite their best efforts and a thrilling 4-3 victory against Eswatini at Gelvandale Stadium.

Tenanile Ngcamphalala opened the scoring for Eswatini, before Biatriz Augusto equalised for Angola in the 25th minute.

Celiwe Nkambule restored Eswatini's lead in the 31st minute, with Ngcamphalala then grabbing her second goal of the match just minutes later to make it 3-1.

Eswatini's hopes of going into the break with a considerable advantage were dashed, however, when Ana Afonso successfully converted a penalty for Angola in the dying moments of the first half.

The second half belonged to Cristina Makua, who drew Angola level in the 57th minute.

Eswatini players were distraught when Angola were given another penalty in the 93rd minute and Makua cooly converted.

Angola's victory gave them four points in Group A, but results against bottom-placed team Comoros were discounted due to the imbalance in the number of teams in each group.

This left Angola on three points and saw Zambia secure a place in the semi-finals due to a much superior goal difference.

South Africa topped Group A with nine points and are set to meet Botswana in the semi-finals on Thursday (November 12).

Botswana had edged past Zimbabwe 1-0 in Group C after Refilwe Tholekele scored the solitary goal.