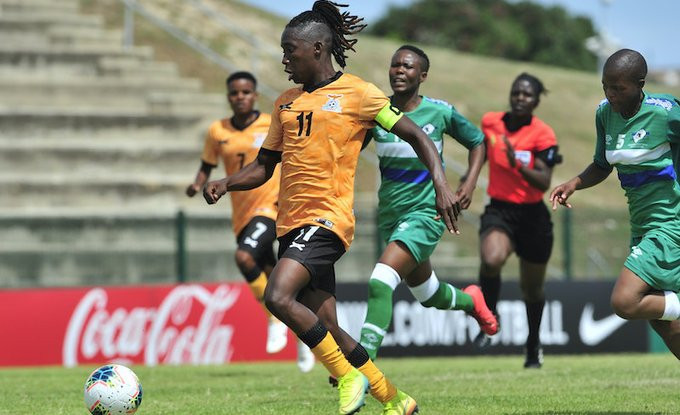 Zambia scored seven second-half goals at the Wolfson Stadium in Port Elizabeth to top Group B.

Barbra Banda grabbed the solitary goal in the first half, before making it 2-0 in the 52nd minute.

From there, the Lesotho defence collapsed.

Prisca Chilufya scored in the 57th minute, followed by Maylan Mulenga in the 65th and Grace Chanda in the 66th.

Banda completed a hat-trick in the 70th minute, with Chanda getting her second goal and the game's seventh soon after.

Ireen Lungu completed the rout in the dying minutes of the match.

Kadosho Shekigenda scored for Tanzania, who are participating in the COSAFA tournament as guests.

Competition is scheduled to continue on Friday (November 8) after a rest day tomorrow.

Comoros are set to take on Angola in Group A before hosts and six-times winners South Africa meet Eswatini.