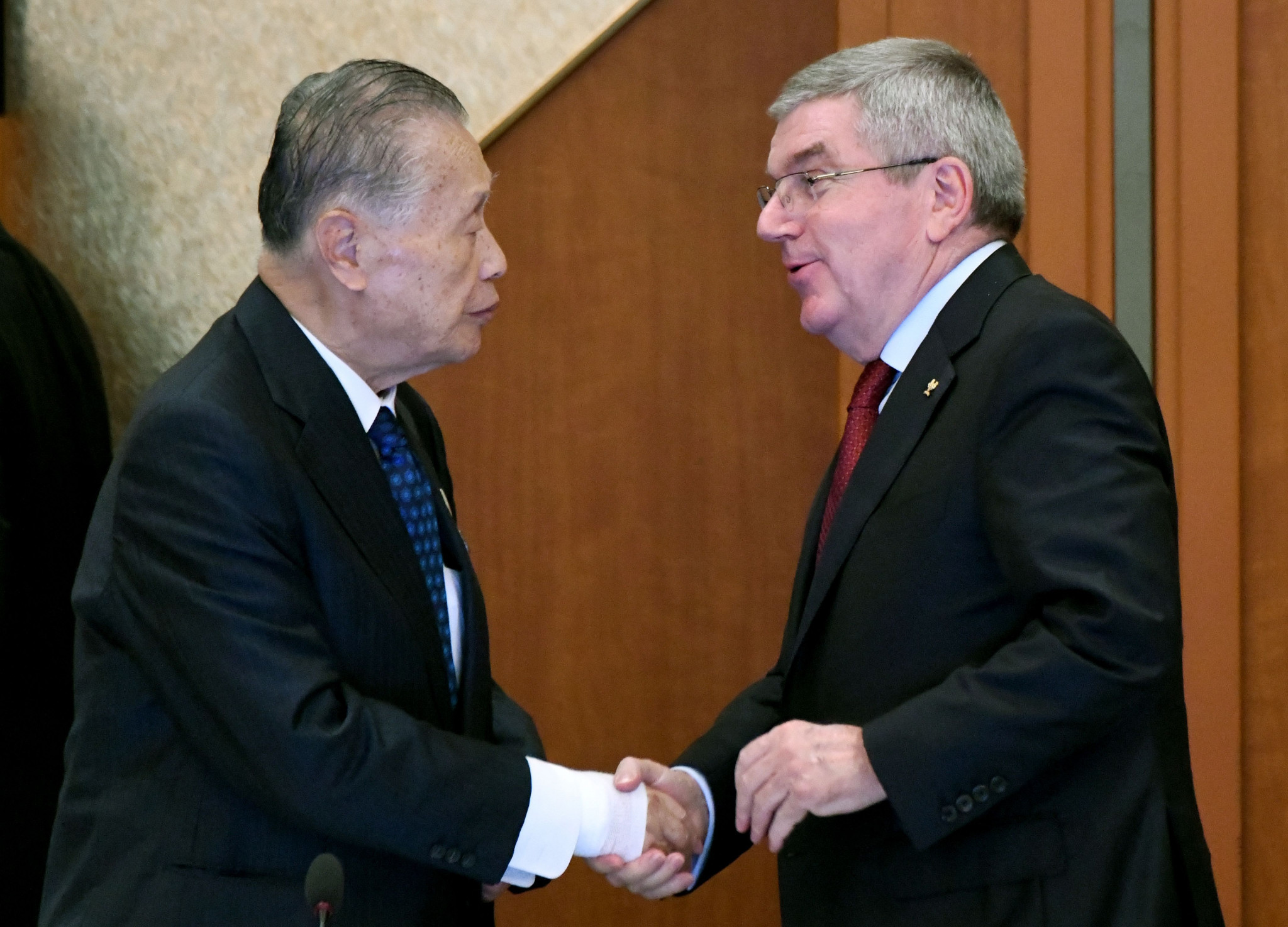 According to Agence France-Presse, Tokyo 2020 President Yoshirō Mori confirmed Bach’s impending visit at the conclusion of the Friendship and Solidarity gymnastics competition in the Japanese capital yesterday.

Kyodo News reported last month the meeting is due to take place on either November 16 or 17.

Japan's national broadcaster NHK reported the IOC President is due to arrive on November 15 and will stay until November 18.

An International Olympic Committee (IOC) spokesperson told insidethegames that dates have not yet been decided for his visit.

Bach and Suga had held a 15-minute telephone call in September, the first conversation between the pair since Suga took office as Japanese Prime Minister.

Suga succeeded Shinzō Abe after he resigned due to ill health.

The prospect of a personal meeting had been raised during the call.

Bach and Suga have expressed their commitment to making the Games, rescheduled to take place between July 23 and August 8 next year, "safe and secure" for both athletes and spectators.

A meeting with Tokyo Governor Yuriko Koike is also expected.

The IOC and the Tokyo 2020 Organising Committee have agreed to a simplifying of the Games due to the financial impact caused by the COVID-19 pandemic.

Before the start of the Friendship and Solidarity competition, Bach appeared via a video message and explained the importance of the competition in the preparations for the Olympic Games.

"This is a very important thing for the entire world of sport," he said.

"Giving us confidence in our preparations for future events, particularly with a view to the postponed Tokyo 2020 Olympic Games."

Around 30 gymnasts from Japan, Russia, China and the United States competition held at the Yoyogi National Gymnasium yesterday.

Strict COVID-19 protocols were in place, with the 2,000 spectators able to attend wearing face masks and socially distanced around the venue.

Attendees, including athletes and media members, had their body temperature checked on arrival and were sprayed with sanitising mist, while apparatus in training halls and on the field of play was cleaned and disinfected at the end of each session.

A review of the staging of the gymnastics event is expected to be among the topics Bach explores during his visit, with the IOC President set to meet with Tokyo 2020.