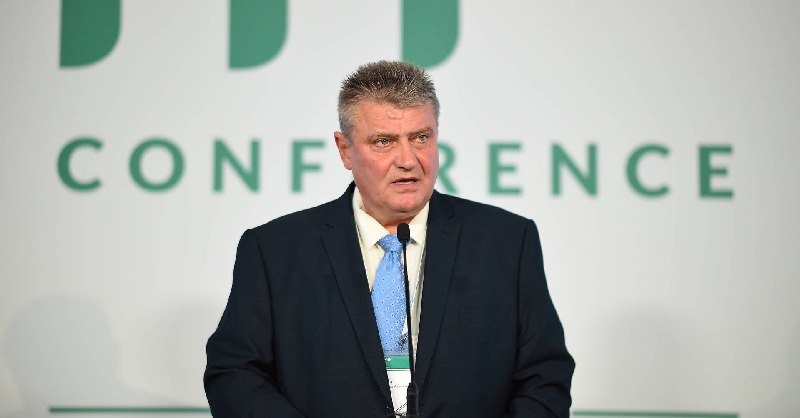 Kaderka was one of three candidates vying to succeed outgoing President Vladimir Dmitriev, who stood down after one term in office.

The first round of voting saw Kaderka and Germany's Eva-Maria Schneider both receive 41 votes.

Finland's Matti Virtanen was eliminated after the first round.

Kaderka emerged as the winner of the second round, securing 45 votes to Schneider's 39.

He will serve a three-year term.

"I would like to thank everyone who voted for me, and even those who did not," said Kaderka, who also serves as Czech Tennis Federation President.

"My goal is to unite European tennis.

"I believe that there are no big or small nations, just the European tennis family.

"I promise you that I will do my absolute best for all of you."

"Congratulations to Ivo Kaderka on his election as President of Tennis Europe and to the newly elected Board," he said.

"We are also delighted to see the gender balance on the new Board.

"I look forward to working with President Kaderka and the Tennis Europe Board."

Five of the Board members were re-elected at the General Assembly, with Italy's Luisanna Fodde, Switzerland's Christiane Jolissaint, Britain's David Rawlinson, Schneider and Ukraine's Evgeniy Zukin set to serve another term.

Croatia's Nikolina Babic, Romania's Razvan Itu and Greece's Spyros Zannias were elected as new members of the Board.

The ITF said with four male and four female members, Tennis Europe has strengthened its position as the world's leading regional association in terms of gender representation.

Dmitriev was awarded the title of Honorary Life President after stepping down from his post.

"It has been an honour to spend the last three-and-a-half years as President of Tennis Europe," Dmitriev said.

"I am immensely proud of the progress made by the organisation during my tenure, and it has been a joy to serve alongside such incredibly dedicated and active staff and the Board of Management.

"I'd like to congratulate Ivo for his successful campaign, and I know that I am leaving the organisation in safe hands."

The meeting was hosted by the Hellenic Tennis Federation, with a hybrid format used.

A record 47 member nations participated, with each having the option of attending in person or joining a live broadcast of the proceedings.

The meeting was chaired by Tennis Europe vice-president Fodde.