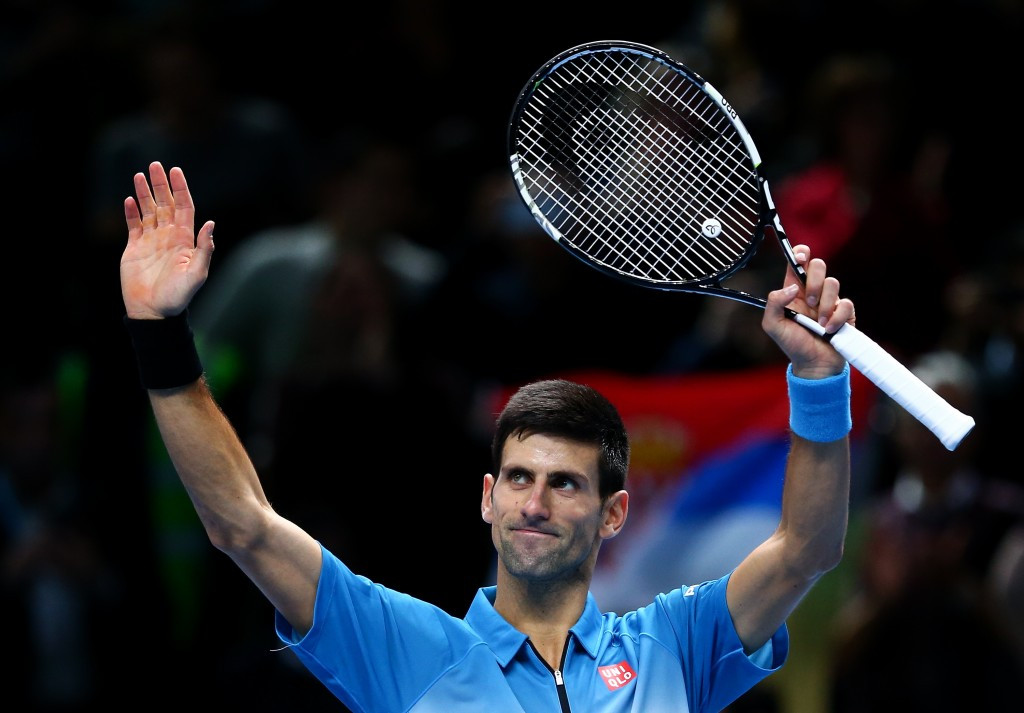 Men's world number one Novak Djokovic has resigned as President of the Association of Tennis Professionals (ATP) Players Council to form a new players' association, leading to criticism from some high-profile players and tennis bodies.

Rafael Nadal and Roger Federer, the other two members of men's tennis' so-called "Big Three", have opposed the move and remain members of the ATP Players Council.

Djokovic's new Professional Tennis Players' Association (PTPA) members met yesterday at the Billie Jean King National Tennis Center in New York, where the first players signed up for the organisation ahead of the start of the US Open tomorrow.

The Serbian has created the new players' body alongside Canada's 92nd-ranked Vasek Pospisil, who announced his resignation from the ATP Players Council on Twitter.

Between 60 and 70 players posed for a photo of the newly-formed body posted on social media by Pospisil.

Little is clear at present about how the body will be run, but it will focus on the top 500 men's singles players and top 200 doubles players.

After today’s successful meeting, we are excited to announce the beginning of the Professional Tennis Players Association (PTPA). The first player only association in tennis since 1972. #PTPA pic.twitter.com/070TRKZ4xG

A joint statement was released by the ATP, the Women's Tennis Association (WTA), the International Tennis Federation and Grand Slam organisers in response to the new organisation.

"Now more than ever we need collaboration and strong relationships, and we fully support the ATP in its role in representing the best interests of players throughout this process," read the statement.

"It is our responsibility to ensure that our sport emerges from this crisis with strong foundations on which we can build.

"It is a time for even greater collaboration, not division; a time to consider and act in the best interests of the sport, now and for the future.

"When we work together, we are a stronger sport."

The ATP has governed men's tennis for 30 years, representing its players and tournaments since 1990 in its current form - having previously been formed in 1972 to protect the interests of professional tennis players.

It is separate from the WTA.

Djokovic won the Cincinnati Masters yesterday, after which he defended his new organisation.

"I have read in the letter from the ATP that they think the ATP cannot co-exist with this association - I have to respectfully disagree," Djokovic said.

"Legally, we are 100 per cent safe, and we are allowed to form the player association.

"We are not calling for boycotts, we are not forming parallel tours.

"This is an important step for players, and for the sport as well.

"We just want to have our own organisation, that is 100 per cent ours.

"We are definitely going to try and work with ATP, and all the governing bodies."

Nadal and Federer were among six ATP Player Council members who wrote a letter to players urging them not to join the new body.

The letter on the PTPA addressed concerns over relations with the ATP, the potential for tournaments to not go ahead and who would take responsibility for a potential loss of income.

From the other side of the net .... pic.twitter.com/qomnM8ciFk

Both Nadal and Federer have also expressed concern on Twitter, calling for unity.

"These are uncertain and challenging times, but I believe it’s critical for us to stand united as players, and as a sport, to pave the best way forward", was Federer's message.

Britain's three-time Grand Slam champion Andy Murray has been more guarded, saying he is not against a player union but believes it should involve female players too.

"I'm not totally against a player union, but I feel like the current management that are in place should be given some time to implement their vision and I feel like that would send a much more powerful message if the WTA were on board with it as well," the two-time Olympic champion said.

Murray added that he will not be signing up to the new organisation for now.

Cincinnati runner-up Milos Raonic will though - he complained that players were "kept in the dark by our leadership for six months".

These are moments where big things can be achieved as long as the world of tennis is united. We all, players, tournaments and governing bodies have to work together. We have a bigger problem and separation and disunion is definitely not the solution.

According to Pospisil, the PTPA is designed to "unify the players, have our voices heard and have an impact on decisions being made that effect our lives and livelihoods".

It "did not emerge to be combative, to disrupt, or to cause any issues within or outside the tennis tour", he added.

In a PTPA document, Djokovic and Pospisil listed revenue sharing, disciplinary actions, player pensions, travel, insurance and amenities at tournaments as issues the new association would attempt to address, according to The New York Times.

Djokovic and Pospisil will serve a two-year term as co-Presidents, with there being plans for an elected Board of up to nine people in future.

However, ATP chairman Andrea Gaudenzi - who took up the position in January - said the move "makes no sense".

"You have what other athletes in other sports would strive for - a seat at the boardroom table - that is what players fought for in the creation of the ATP Tour," he added.

A group including American player Sloane Stephens is reportedly interested in a collaboration with the PTPA that would involve female players.