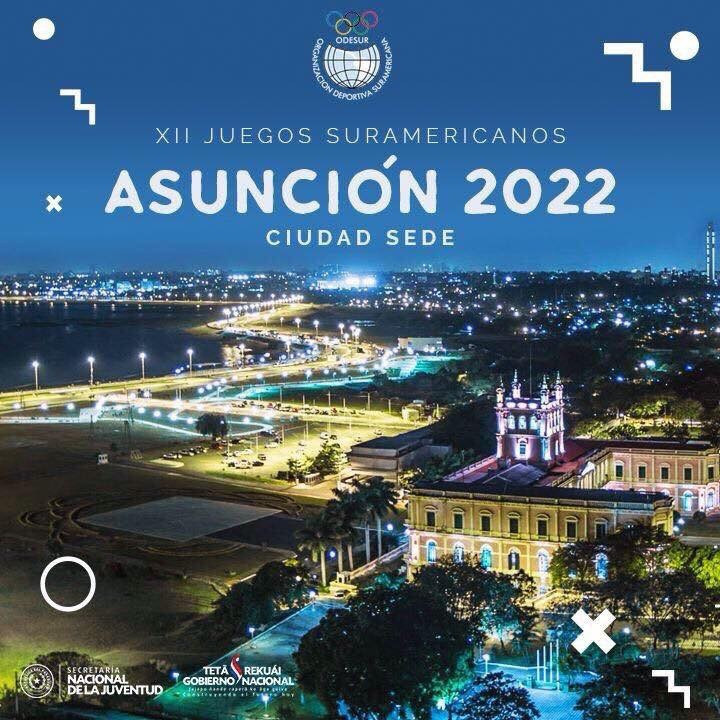 The 2022 South American Games in Asunción have been delayed by five months due to the "unpredictable" COVID-19 pandemic.

Paraguay's capital city was initially scheduled to stage the event from April 26 to May 9 in 2022, but it will now take place in October that year.

The South American Sports Organization (ODESUR) has confirmed the Games will be held from October 1 to 15 instead.

It comes after ODESUR received a request from the Government of the Republic of Paraguay to postpone the start of Asunción 2022 because of the "health emergency that the region is experiencing" due to COVID-19.

Since the outbreak of the virus, there have been 54,724 cases and 1,188 deaths in Paraguay with more than 700 new infections recorded in the past 24 hours.

"The global health crisis represents a huge challenge for all countries and the evolution of the COVID-19 pandemic has become unpredictable," said Camilo Pérez López Moreira, President of ODESUR and an International Olympic Committee member.

"Against this background, ODESUR confirms that its priority is to ensure the well-being of athletes, those involved in the organisation of the Games and of the South American community.

"In the current circumstances and based on the information provided by the authorities we have decided to accept the requirement of the National Sports Secretariat of Paraguay to postpone the start of the South American Games."

Asunción was awarded the 12th edition of the South American Games in December 2017 as the city was the only candidate.

Officials from the capital received the South American Games flag at the Closing Ceremony of last year's event in Cochabamba, Bolivia.

It came after a period of turmoil as the Paraguayan Government withdrew as hosts in July 2019 due to a lack of funds, before performing a U-turn.

More than 4,000 athletes competed across 373 events at the event in the Bolivian city.