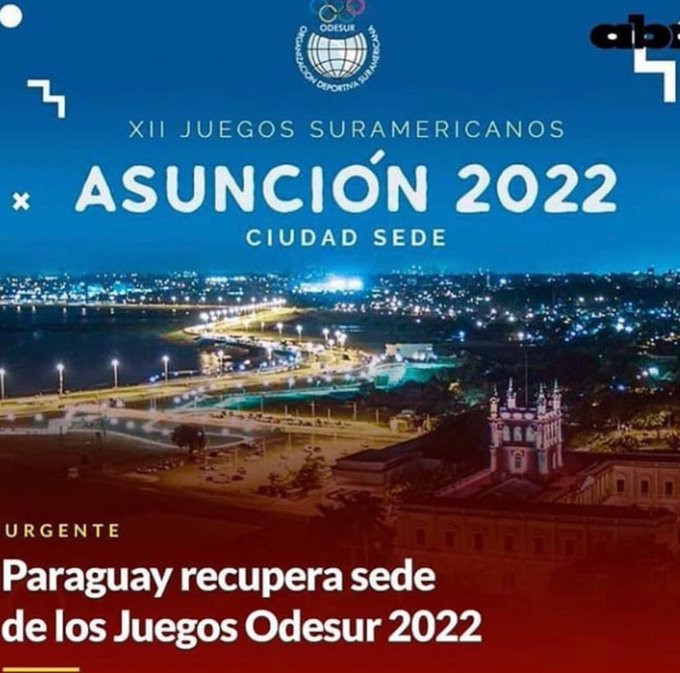 Paraguay Olympic Committee (COP) President Camilo Pérez López has thanked his country's Government after the nation was reinstated as host of the 2022 South American Games.

Asunción withdrew as the host city in July after the Paraguayan Government decided funds needed to organise the Games should instead be used to build a new hospital in the capital.

Paraguay Sports Minister Fatima Morales told newspaper Última Hora that the spike in costs required to stage the Games in Asunción was also a factor in the country pulling out as hosts.

But the South American Sports Organization (ODESUR), led by López, has voted to ratify Asunción as the location for the Games in three years after the Government reaffirmed its commitment to staging the multi-sport competition.

"Thanks to those who made it possible," López wrote on Twitter.

"Thanks to the National Government for giving us the opportunity to resume the Games."

In a statement, López, who became a member of the International Olympic Committee last year, added: "We hope that the next South American Games will be an unforgettable celebration that marks a generation.

"We want to inspire youth to embrace Olympic values, always under our model of promoting sustainable, efficient events and with a strong social legacy."

Asunción was awarded the 12th edition of the South American Games in December 2017 as the city was the only candidate.

Officials from the capital received the South American Games flag at the Closing Ceremony of last year's event in Cochabamba.

Over 4,000 athletes competed across 373 events at the event in the Bolivian city.