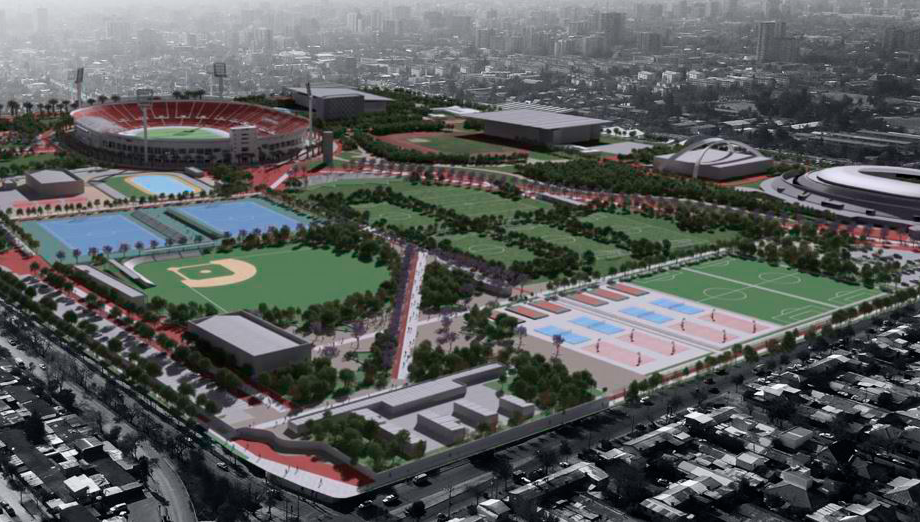 Chilean Olympic Committee President Miguel Ángel Mujica has insisted the 2023 Pan American Games is "viable" and "necessary" despite the financial impact of the COVID-19 pandemic.

Chile is scheduled to stage the event for the first time when Santiago plays host from October 20 to November 5 2023.

Financial and political problems resulted in Santiago withdrawing as host in 1975 and 1987.

But in a report by La Tercera, Mujica reiterated the country’s commitment to successfully stage the next Games in three years’ time.

Mujica conceded the outbreak of COVID-19 was a "very big" blow to sport in Chile resulting in a "decrease in specific income".

But Mujica stressed the Games was "absolutely feasible" considering the "amounts that had been budgeted".

"[It’s] not only viable, I would tell you that its realisation is even necessary," Mujica said.

"There is an edge that is historical, of course, which says that Chile has never organised this event and that it has even resigned the two times it had been awarded.

"That means that yes there will be a before and after for Chilean sports, but also because the organisation of an event of these characteristics brings with it many investments that will mean starting the economy: construction or remodelling of venues, hiring of Chilean supplier companies, creation of jobs, a great opportunity for tourism.

"We must add a more spiritual factor of unity of the country around Team Chile.

"We already saw it in 2014 with the South American Games."

Nearly 7,000 athletes are expected to take part in the Games in Santiago, set to feature 10 new venues and the refurbishment of another six.

Asked whether it would be a mistake to quit as host, Mujica said: "We don't even put ourselves on that stage.

"This is a commitment acquired by the State of Chile almost three years ago and that has a corporation running at full speed, with commercial commitments and with committed projects as is the case of the Pan American Village.

"But in addition to this, the Ministry of Sports and President Sebastián Piñera himself have repeatedly confirmed their unrestricted support for the Games."

Mujica was also "confident" Chile would "emerge stronger than ever" after the COVID-19 pandemic.

"It will be difficult to get used to many new things, but it is sure that doing sports, and especially at the level of high performance, will have renewed value," Mujica added.

"We are very satisfied with how this gradual return plan has been implemented.

"It has not been easy, it is an unprecedented situation, but we have taken all precautions so that it is executed in the best way.

"It has been very important that all athletes and coaches who have been able to return to training have had the PCR (polymerase chain reaction) test, but the key is also self-care and responsibility."