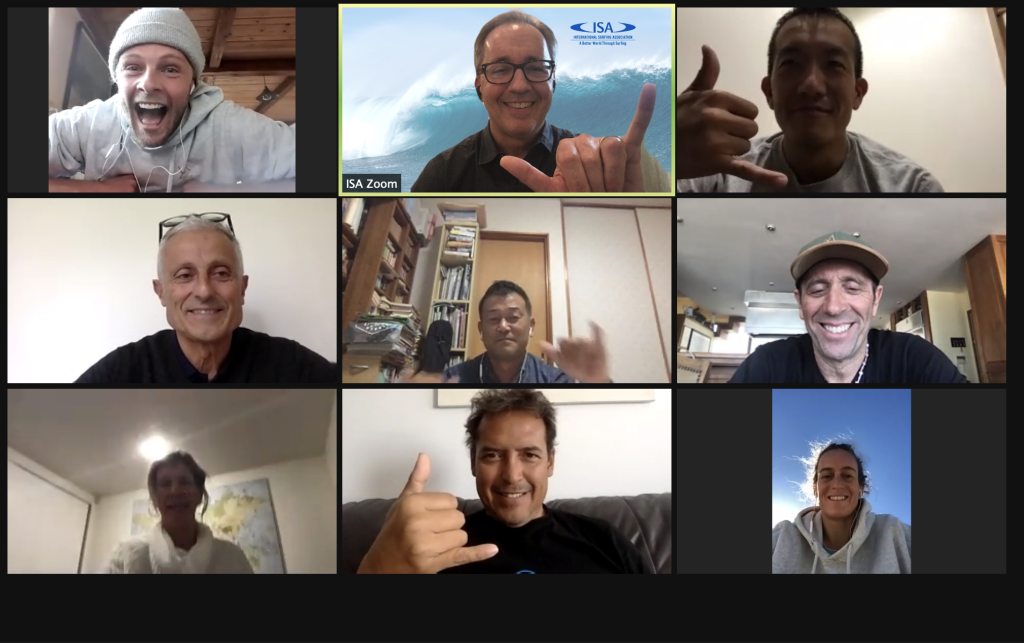 The International Surfing Association (ISA) Executive Committee has approved the decision to postpone its Annual General Meeting (AGM) until the World Surfing Games in El Salvador in 2021, while a series of governance reforms have also been approved.

The ISA AGM had been scheduled to take place during the World Surfing Games this year.

The event in El Salvador was scheduled to take place in May, but was postponed due to the coronavirus pandemic.

Now the ISA Executive Committee has approved holding the AGM on a date alongside the rescheduled competition, which is due to run from May 8 to 16 in 2021.

A series of governance reforms were adopted at the virtual Executive Committee meeting.

This included the establishment of a three-term limit for Executive Committee members.

Executive Committee members will still be allowed to run for the ISA Presidency at the end of their third term.

The ISA also approved the addition of values of non-discrimination, gender equality, cultural tolerance and peaceful relations between nations and people into the core objectives of the ISA Constitution.

Both amendments are set to be passed into the ISA Constitution at the Annual General Meeting.

The ISA says it has further sought to reinforce the credibility of the election process by ensuring a secret ballot for all elections, regardless of the number of candidates.

The Executive Committee said it will also evaluate and approve a policy on the safeguarding of athletes.

The organisation also received reports on the Court of Arbitration for Sport (CAS) decision to place the ISA in charge of stand-up paddling (SUP) governance at an Olympic level, as well as updates on simplification measures for the rescheduled Tokyo 2020 Olympic Games.

"These have been challenging and uncertain times for all of us, but out of this health and economic crisis we see opportunities to reaffirm our values and expand the organisation’s reach and mission to create a better world through surfing," said ISA President Fernando Aguerre.

"My colleagues and I in the Executive Committee are united around our long-term goals of securing surfing as a permanent sport of the Olympic programme through Los Angeles 2028 and beyond, as well the inclusion of SUP in the Games programme.

"We also recognise and appreciate the extraordinary efforts being made by the International Olympic Committee (IOC) and the Tokyo Organising Committee to manage these extremely difficult circumstances with COVID-19.

"We are fully committed to the success of the Games and surfing."

The ISA said its Executive Committee also reviewed the latest planning for the Paris 2024 Olympics, with organisers having proposed to hold surfing in Tahiti.

Organisational updates on online education programmes, finance, development, the launch of an ISA Medical Commission, gender-equality initiatives and the solidarity fund for national federations were also reviewed at the meeting.