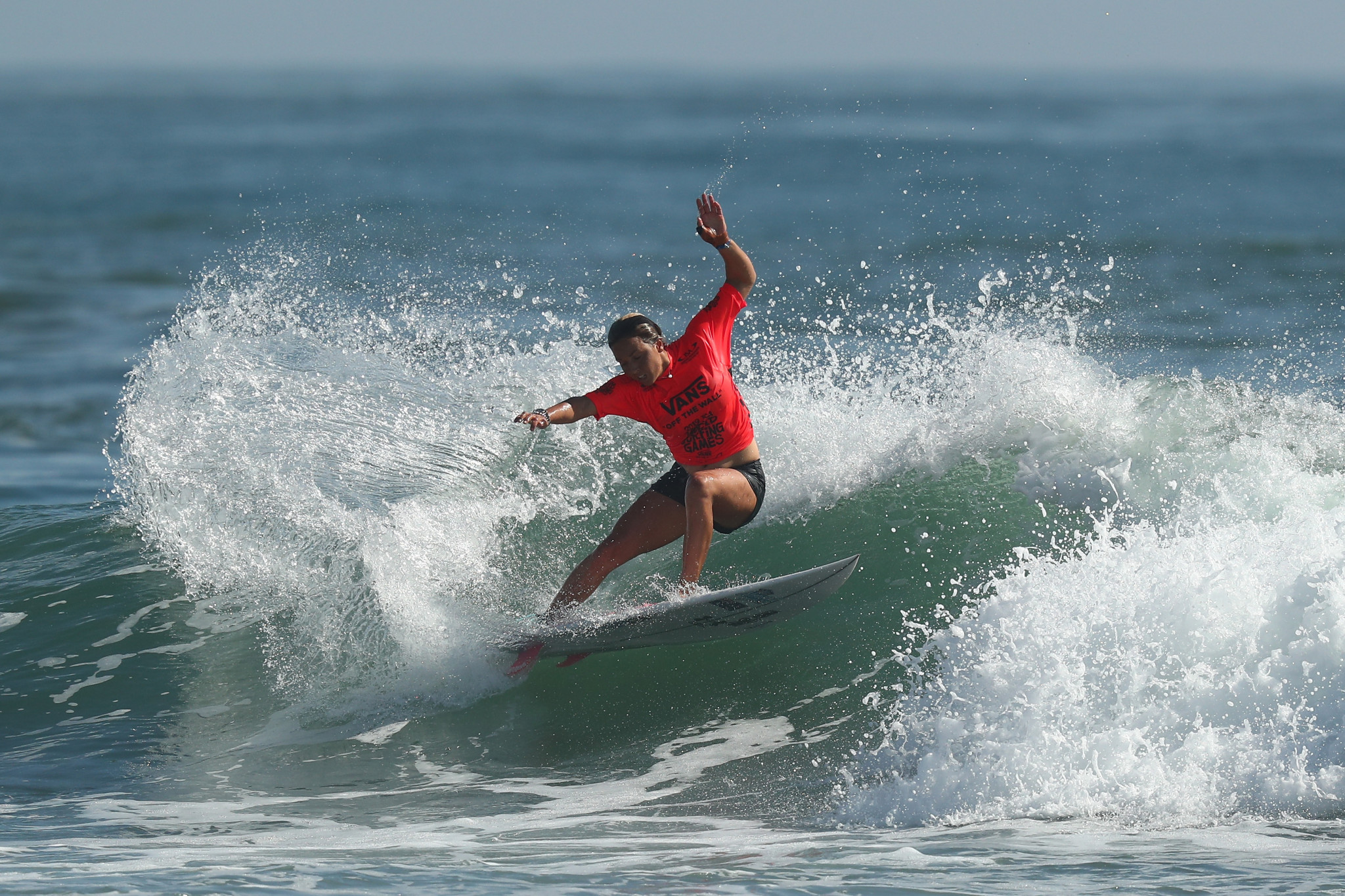 A video looking at life for surfers in the build-up to the rearranged Tokyo 2020 Olympic Games has been released today by the International Surfing Association (ISA).

"The State of Olympic Surfing" features interviews with athletes Sally Fitzgibbons of Australia and Jordy Smith of South Africa, who have both already qualified for Tokyo 2020, plus ISA President Fernando Aguerre.

The video delved into the lives and minds of surfers, with a focus on Fitzgibbons and Smith, who now have an extra year to prepare for surfing's Olympic debut, following the postponement of Tokyo 2020 due to the coronavirus pandemic.

Fitzgibbons explained that a surfer's life is normally a "whirlwind" and said the hiatus in competition caused by coronavirus had allowed her time for reflection.

"For me the whole coronavirus experience was wild," said Fitzgibbons.

"Every few times a week you would check in with yourself and say 'I feel anxious - is this crazy' and then you would say 'it is, I have never seen this in my lifetime.'

"It was that moment that I learned the ordinary was epic.

"People have said to me that the Olympics aren't on but I say 'the party is still going to happen, just not right now.'

"It gives you the breathing space to figure out your surfing and your performance.

"The greats of the game have always been willing to evolve so even in this COVID time I peel back and look at what I can't yet do on my board.

"My heart lies in progression at the moment so I have tried lots of moves that I can't do yet, but I do feel like I am slowly chipping away."

Smith, 32, reflected in the video that the Olympics was a dream rather than a goal growing up but said he was delighted at being able to compete at the Games, providing they take place as scheduled, from July 23 to August 8 2021.

Smith said: "For me as a kid, the Olympics was a dream.

"I had no thought or idea that surfing was going to be part of the Olympics.

"For that to come true in my lifetime is really special and it is something that I will take to the memory bank forever.

"Once the dream became a goal, the question for me was how to position myself in that timeframe to be able to be a part of it.

"When I qualified it really sunk in straight away."

ISA President Fernando Aguerre also made a brief appearance on the video, during which he praised the contribution that both Fitzgibbons and Smith had made to the sport.

Reflecting on the delay in surfing making his Olympic debut Aguerre said: "Although it is a bit of a downer {that the Olympics have been postponed} you can always improve and do things better and that is what we will use the extra year to do."

The programme can be viewed in full through the ISA's website.