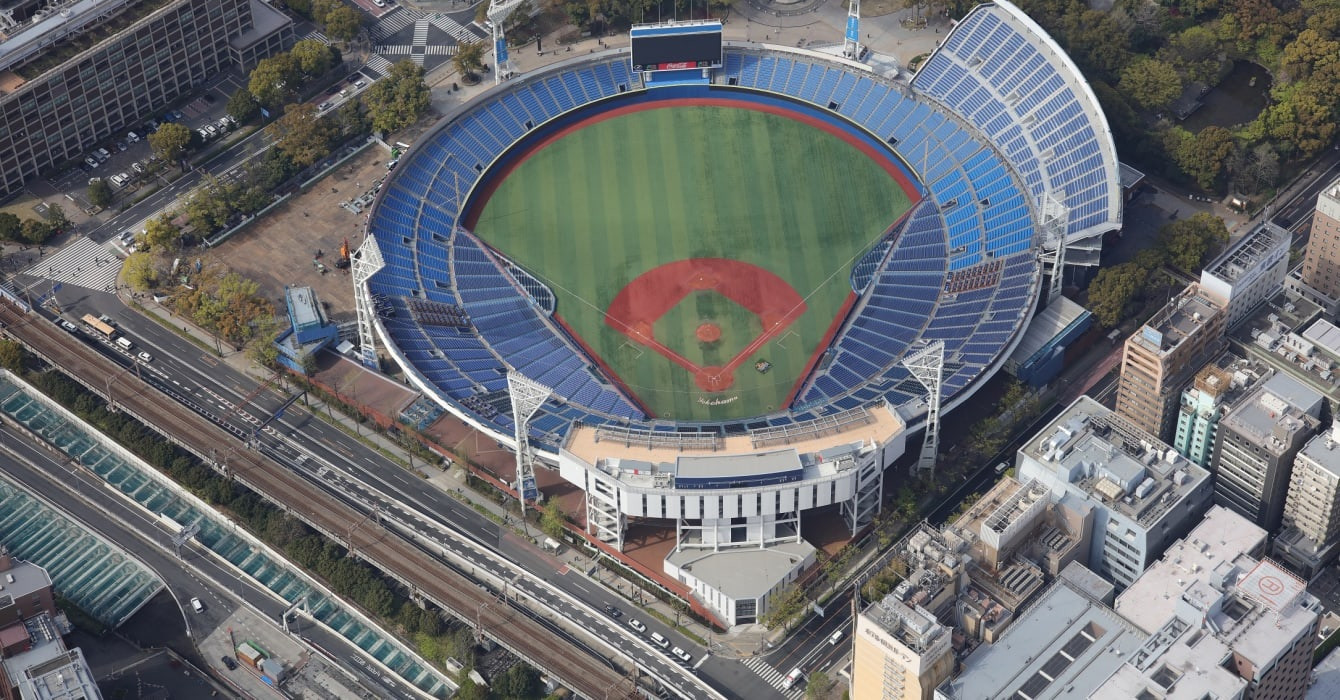 Yokohama Stadium is set to be as full as it has been for months as part of a three-day trial to test COVID-19 countermeasures ahead of Tokyo 2020.

The 34,000-capacity venue will be around 80 per cent full for three baseball games, starting on October 30, and could even reach 100 per cent on the final day of the trial, as reported by Kyodo News.

Crowd numbers have been steadily increasing in Japan, although still cannot exceed 50 per cent capacity for events with more than 10,000 spectators.

The Japanese Government has now approved plans for Yokohama Stadium - home of the Yokohama DeNA BayStars - to hold the trial as they consider lifting the limit on fans attending events.

The venue is set to stage baseball and softball encounters at next year’s Olympic Games.

"We want to mobilise the most advanced technologies to present a model and create a path toward the success of the Tokyo Olympics," said Yuji Kuroiwa, Governor of Kanagawa.

Yokohama is the capital of Kanagawa Prefecture.

Kyodo News reports that high-precision cameras and beacons will be used to check the flow and density of people entering the stadium and the percentage of fans wearing masks.

The trial is set to be conducted by the Prefectural and Municipal Governments as well as major mobile game developer DeNA Co.

In a report by Reuters, Masatoshi Yamada, an official from the Giants’ promotional department, said fans were less vocal to avoid potentially spreading coronavirus.

"After being able to accept spectators, we have done various anti-coronavirus measures that we hadn’t done before," said Yamada.

"We have proposed a new cheering style, which is to cheer without shouting, as well as disinfection of seats and distribution of alcohol wipes."

"We hope it can be one future reference for the success of the Tokyo Olympics next year," he added.

The International Olympic Committee (IOC) and Tokyo 2020 organisers have agreed a series of simplification measures which could help to reduce the cost of the Games by $280 million (£217 million/€238 million).

Fifty measures have been approved by the IOC including the reduction of officials attending next year’s Olympic and Paralympic Games by 10 to 15 per cent.

No deadline has been set to decide on whether the Games can take place with spectators.

A Tokyo 2020 spokesperson said they saw baseball trials "as a valuable opportunity to gain expertise on COVID-19 countermeasures and are exchanging information with parties involved", per Reuters.

A coronavirus countermeasures taskforce is assessing possible scenarios and measures that could allow the Olympics to run as expected from July 23 to August 8 next year, and policies are expected to be announced before the end of the year.

The taskforce is formed of officials from the Japanese Government, Tokyo Metropolitan Government and Tokyo 2020.