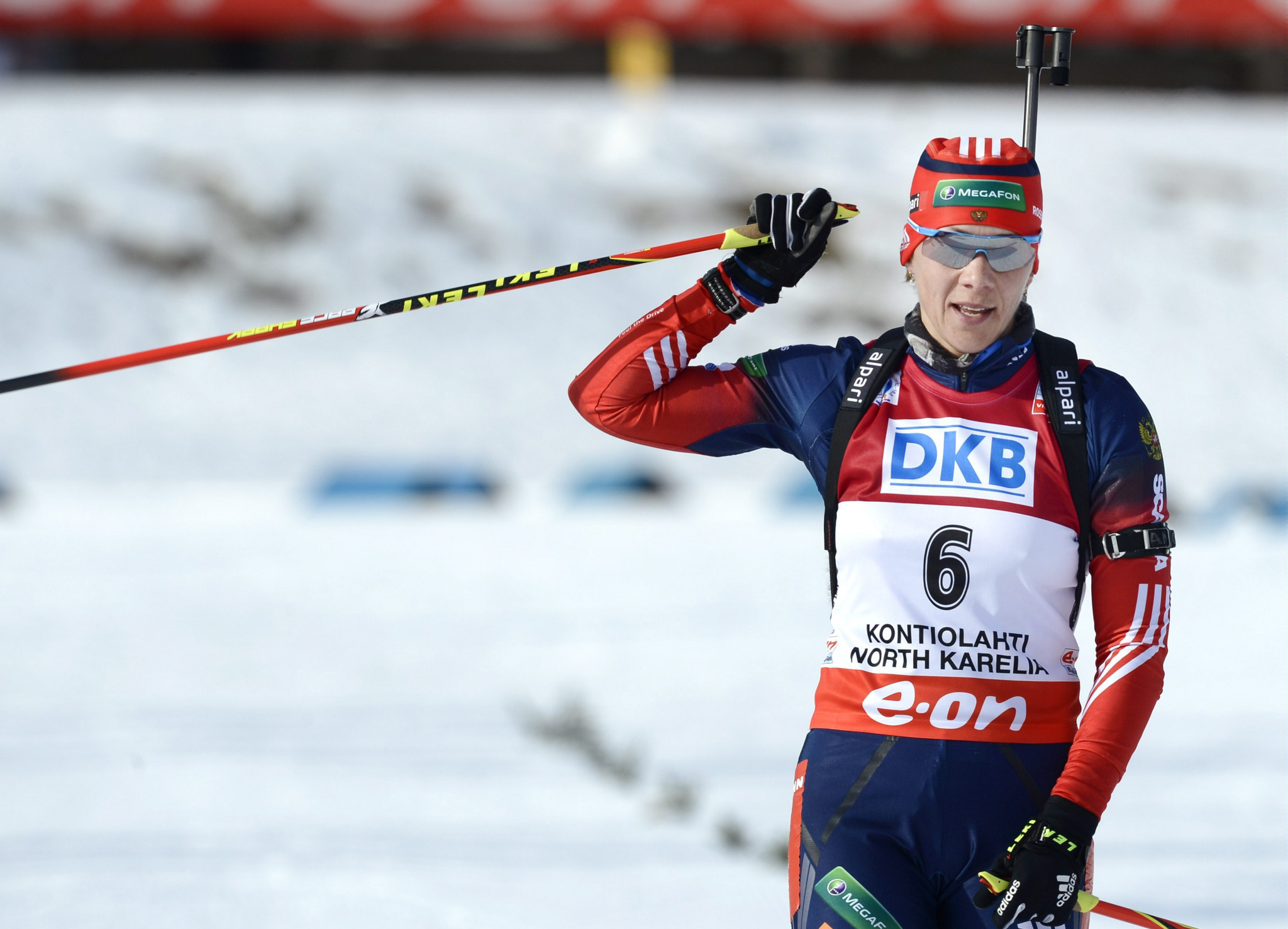 Zaisteva's relay team-mates Vilukhina and Romanova were successful in their appeals to CAS, however, and have had their individual results from Sochi 2014 – including Vilukhina's silver medal in the 7.5km – reinstated.

Lawyer Alexei Panich, who represented the three biathletes at CAS, claimed earlier this year that signatures provided by Rodchenkov, the former head of the Moscow Anti-Doping Laboratory, on affidavits were fake.

Panich said Rodchenkov's signature was only on two of the nine documents presented at the hearing.

Criminal complaints have been lodged by the athletes over the allegedly forged signatures, Panich added.

"CAS ignored our statement about Rodchenkov's forged signatures on documents, which were key evidence in the case," he told the Russian state news agency TASS.

"However, realising that this could happen, the athletes, even before the CAS decisions were made, filed criminal complaints with the Swiss prosecutor's office demanding an audit.

"We want to know who made the forgery and why, and also why CAS did not pay attention to the fake signatures of the former head of the Moscow Anti-Doping Laboratory when it passed the verdict, in particular, on Olga Zaitseva."

"Firstly, during all this time we have not been provided with documents with original signatures, and secondly, no convincing confirmation of the authenticity of the signatures has appeared – only a new and contradictory document was presented, the signature on which also raised serious doubts among experts about its authenticity," Panich was quoted as saying.

"It is obvious that the other side is trying to confuse the public with false statements.

"Our actions are balanced and deliberate.

"Obviously, the situation has reached a new level, and the adoption of CAS decisions on athletes does not close the issue of forged signatures.

"We hope that the verification of the Swiss judicial authorities will not be formal and will help to finally establish who signed for Rodchenkov and who is trying to denigrate our biathletes.

"Lying in documents with fake signatures did not help their authors, and the innocence of Olga Vilukhina and Yana Romanova has already been confirmed by the CAS decisions."

"Russia's latest defence to its intransigent doping crimes is its craziest yet as they preposterously claim that the affidavits detailing doping crimes by Russian athletes were forged," Walden said at the time.

"Apparently, Russia's backward legal system hasn't caught up with the advent of e-signatures.

"Rest assured, Dr. Rodchenkov's statements are his own and he approved every word of his affidavits."

The International Olympic Committee (IOC) said it provided a notarised statement from Rodchenkov to CAS in March to confirm the authenticity of the affidavits.

The IOC added it has not been contacted by public prosecutor over the forgery allegations.

“Already in March 2020, the IOC provided CAS with a notarised statement executed by Dr Rodchenkov that confirmed the authenticity of all the affidavits submitted in the proceedings and which was accepted by the panel," an IOC spokesperson told insidethegames.

"The panel expressly found that the allegations of forgery had no merits.

"All the information included in the affidavits has also been publicly released by Dr. Rodchenkov himself.

"To date, the IOC has not been contacted by the public prosecutor in connection with these allegations.”