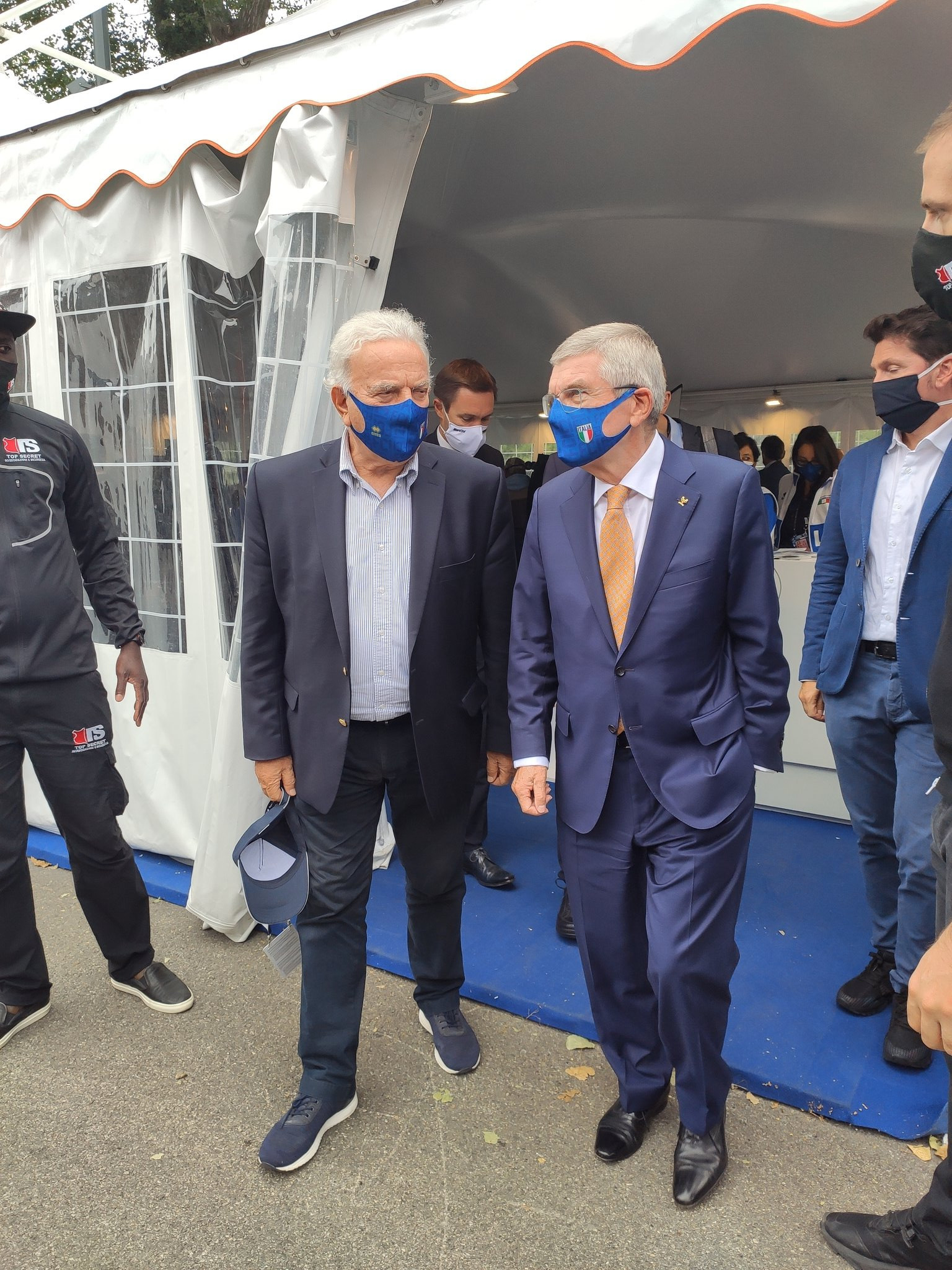 International Olympic Committee (IOC) President Thomas Bach has issued another warning to the Italian Government over its draft sports law, claiming the IOC would be "very concerned" with the country organising the 2026 Winter Olympic and Paralympic Games if it is approved.

Bach said the IOC's concern regarding the sports law was "growing" and again warned the Italian National Olympic Committee (CONI) that it could be suspended if it is passed by the Government.

The IOC President confirmed the organisation had written to Italian Sports Minister Vincenzo Spadafora outlining its issues with the law, which could severely reduce the role of the CONI in Italian sport.

Approval of the draft law would constitute Government interference in a National Olympic Committee (NOC), which is strictly prohibited under the Olympic Charter.

The IOC sent a stern letter to CONI last year - just two months after Milan and Cortina d'Ampezzo were awarded the 2026 Winter Olympics and Paralympics - threatening a possible suspension if drastic changes were not made to the law.

According to Italian newspaper la Repubblica, little progress has been made since and the IOC is still awaiting the desired corrections.

The dispute between the IOC and the Italian Government had been dormant for the past 12 months - publicly at least - but Bach used his visit to the Road Cycling World Championships to reignite the row and warn of the consequences the nation faces if the draft becomes the law.

He said there was a "risk about the preparation of Olympic athletes in Italy for the Tokyo Games and that could mean less medals" and the IOC would be "very concerned with the preparation and organisation of the 2026 Winter Olympics" if it passes.

"We are very concerned about the situation and the functioning of the CONI," Bach said, according to Italian news agency ANSA.

"And that concern is growing.

"We wrote a letter to the Minister of Sport, Vincenzo Spadafora, representing the serious concern because we see that with this law, CONI does not conform to the Olympic Charter.

"We hope that a solution will be reached very quickly because Tokyo does not wait and Milan-Cortina do not wait."

Spadafora immediately hit back at the IOC President as he blasted Bach's "ridiculous" warnings over the impact on Italian athletes at Tokyo 2020 and called on the IOC to "indicate with absolute clarity on which points the draft does not respect the Olympic Charter".

"It is ridiculous to argue that the reform could affect the preparation of Italian athletes and their chances of winning in Tokyo, a phrase that offends Italy and its great athletes," he said.

"I will ask Bach for these words and all his statements in a letter that I will send him tomorrow."

The Italian Sports Minister also made reference to the situation in Belarus, where the country's NOC is led by President Alexander Lukashenko - an issue Bach and the IOC have repeatedly refused to address.

"If for Bach the autonomy of the Belarus Committee [NOC] is not even under discussion, much less should that be for Italy," Spadafora added.

At the end of 2018 the Italian Parliament approved a law which would see a separate Government-controlled organisation established to distribute funds to the country's national governing bodies.

This body, called "Sport e Salute" - or Sport and Health - would allegedly reduce CONI's role to only handling preparation for the Olympic Games.

The law could also see term limits installed at CONI, led by IOC member Giovanni Malagò, who was pictured with Bach during the cycling event in Imola yesterday.

ANSA reported the draft sports law has not been met with universal approval, with some officials claiming it delegates too much power to the Italian Sports Ministry.