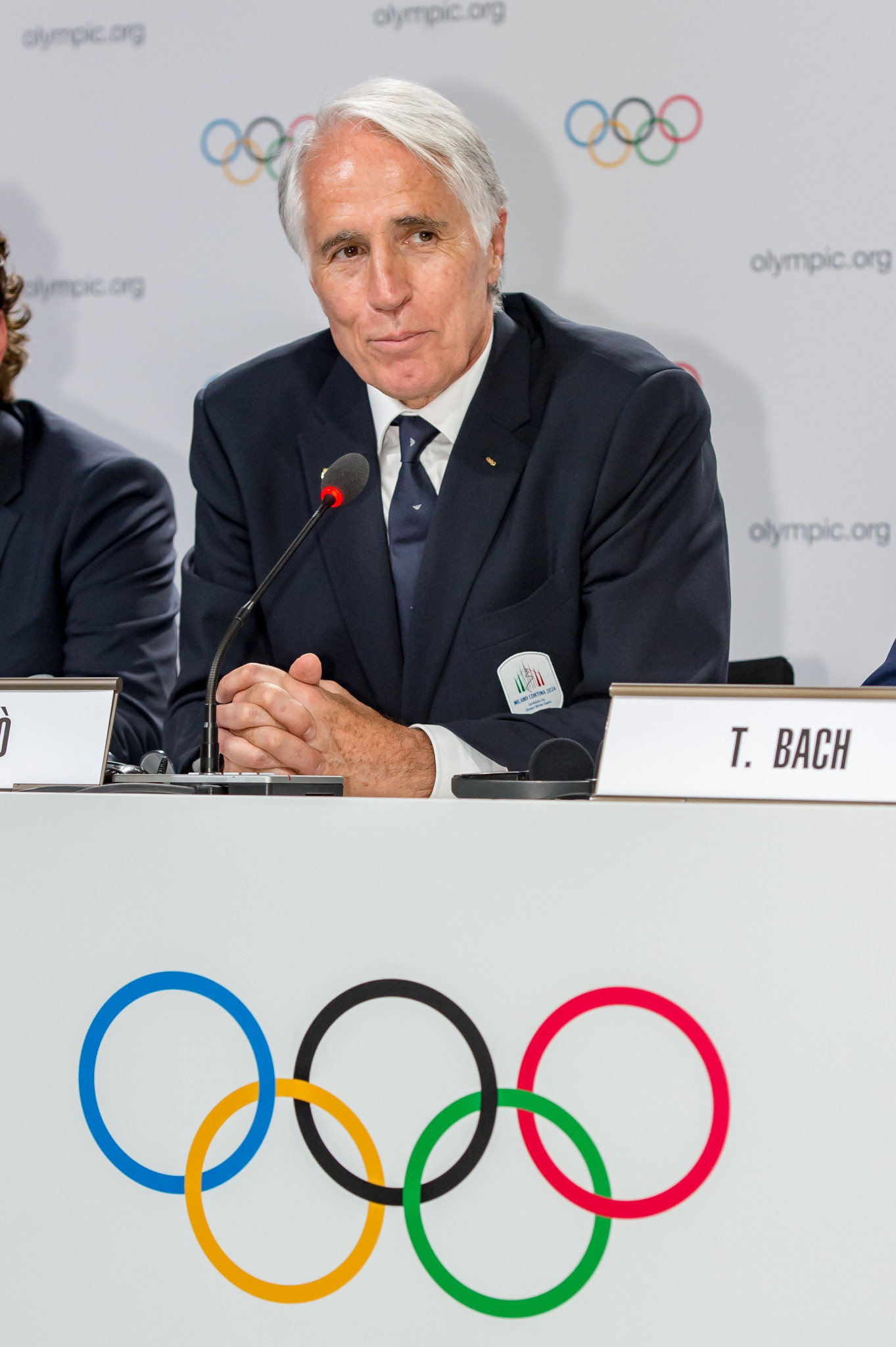 The letter, which insidethegames has seen, served as a stark reminder of the IOC's power to a National Olympic Committee which, just six weeks ago, celebrated a successful bid campaign to host the 2026 Winter Olympic and Paralympic Games in Milan and Cortina d'Ampezzo.

At the end of 2018 the Italian Parliament approved a law which would see a separate Government-controlled organisation set-up to distribute funds to the country's national governing bodies.

This body, called "Sport e Salute" - or Sport and Health - would allegedly reduce CONI's role to only handling preparation for the Olympic Games.

In January, CONI President Giovanni Malagò warned it was important that CONI worked with the Italian Parliament to find a quick solution to the approved law changes but seven months on, nothing appears to have been resolved.

In the three-page letter, signed by James Macleod, the director of Olympic Solidarity and NOC Relations, the IOC raised issue with the impact of Italian Parliament approving plans to set up a Government-controlled organisation which would distribute funds to the country's national governing bodies.

The preservation of CONI's autonomy, a basic foundation of the Olympic Charter, is the key issue at stake for the IOC.

Addressed to Malagò, the letter expressly noted article 27.9 of the Olympic Charter: "The IOC Executive Committee can take the most appropriate decisions for the protection of the Olympic Movement in the country of a NOC, including the suspension or withdrawal of the recognition of such NOC if the constitution, the law or other rules in the nation in question.

"The IOC Executive Committee will offer this NOC the opportunity to be heard before making such a decision."

It served to reinforce CONI's responsibilities with an additional warning that NOC's could collaborate with Non-Governmental Organisations, provided they did not take an action contrary to the Olympic Charter.

The letter also reflected the NOC's autonomous responsibility in the determination and control of the rules of sport, the definition of the structure and the governance of their organisations.

CONI were reminded that NOC's should "resist pressures of any kind, including, but not limited to, political, legal, religious or economic pressures that could prevent them from fulfilling the Olympic Charter".

The letter reflected on the fact that the autonomy of sport was formally established in a Resolution of the General Assembly of the United Nations, adopted in New York in 1994, referring to the development of sports in a country requiring positive collaboration in order to build relationships in fruitful terms and complementary actions with benefits for sports and athletes.

The IOC called on CONI to resolve its complaints with the Italian Government at its earliest opportunity and were open to hosting a joint meeting at Olympic House in Lausanne this week, offering to provide further clarification and assistance where necessary.

However, the Italian Parliament breaks for two weeks of holiday at the close of business tomorrow, so any immediate resolution looks unlikely.