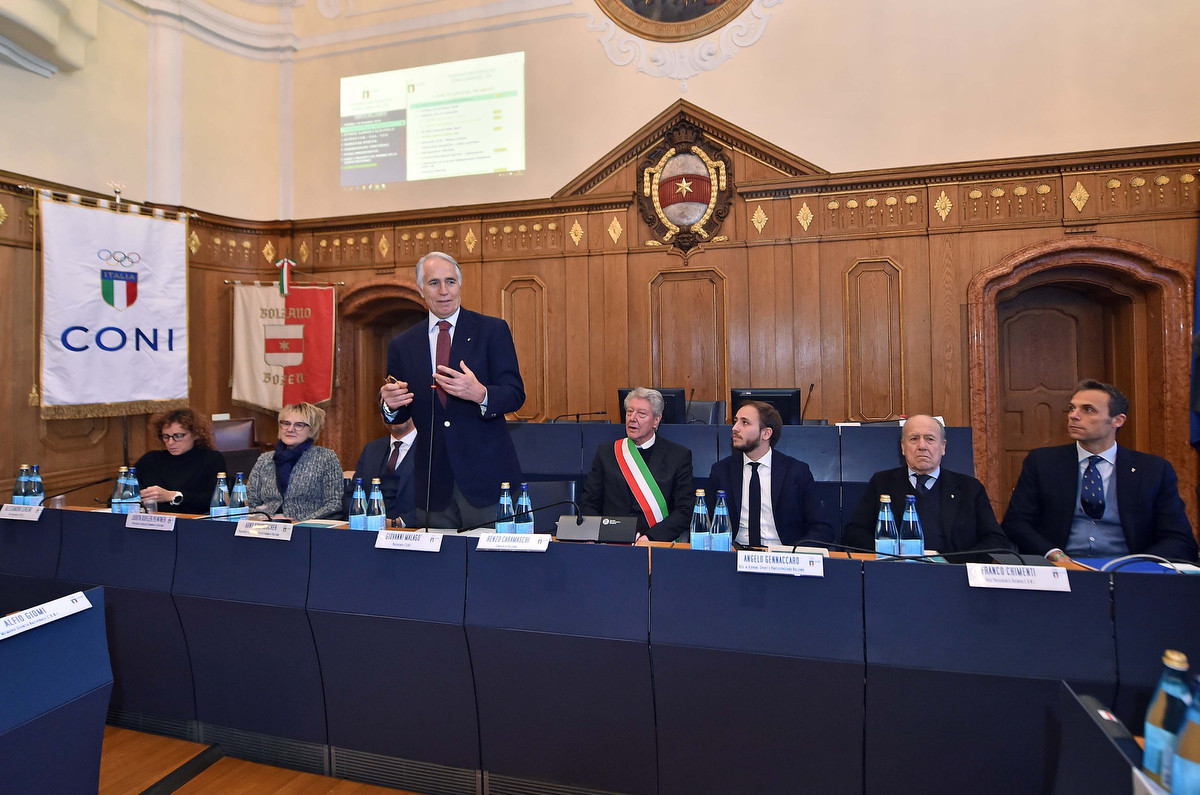 The National Council of the Italian National Olympic Committee (CONI) has today appealed to the country's Government for a "quick solution" following the recent approval of a law that will dramatically alter the role of CONI.

The appeal came as the CONI National Council, presided over by CONI President Giovanni Malagò, gathered in Bolzano for its 1,084th meeting.

The new law approved by the Italian Parliament last month means a separate Government-controlled organisation will be set-up to distribute funds to the country's national governing bodies.

This body, called "Sport e Salute" - or Sport and Health - will reduce CONI's role to only handling preparation for the Olympic Games, it is claimed.

The move has been met with widespread concern across Italian sport.

He claimed last month that "steps forward" had been made over the matter after a meeting with key Government officials, including Giancarlo Giorgetti, Italy's Undersecretary for Sport.

However, no consensus appears to have been reached.

Before today’s meeting concluded, the Board approved a statement.

"Taking note of the will expressed by the Government to the General States for a harmonious collaboration with CONI, considering the guidelines provided for by law 145/2018 which indicate the tasks of CONI self-financing, the exercise of the institutional activity, the Olympic preparation and the support of the Italian delegations abroad, the National Council unanimously asks the Undersecretary Giancarlo Giorgetti for a quick solution of the concrete implementation of the operative provisions," the statement reads.

"[This is] so that, in a particular way, the CONI is soon in a position to function at best with the appropriate economic coverage and the guarantee of the autonomy of decision-making in the field of sports policy within the scope of their competences."

Malagò has previously said the plan has the aim of "taking control of CONI rather than boosting sport".

According to La Repubblica, "almost all Federations are worried".

"Political" appointments within sport are said to be feared amid suggestions the law is a campaign against Malagò himself.

It was reported in November that no changes to CONI's role are expected to come into force until 2020, but the situation comes at a key time for sport in Italy with the country in the race for the 2026 Winter Olympic and Paralympic Games.

A combined effort from Milan and Cortina d'Ampezzo is battling against Swedish capital Stockholm but there are fears over political support surrounding both bids.