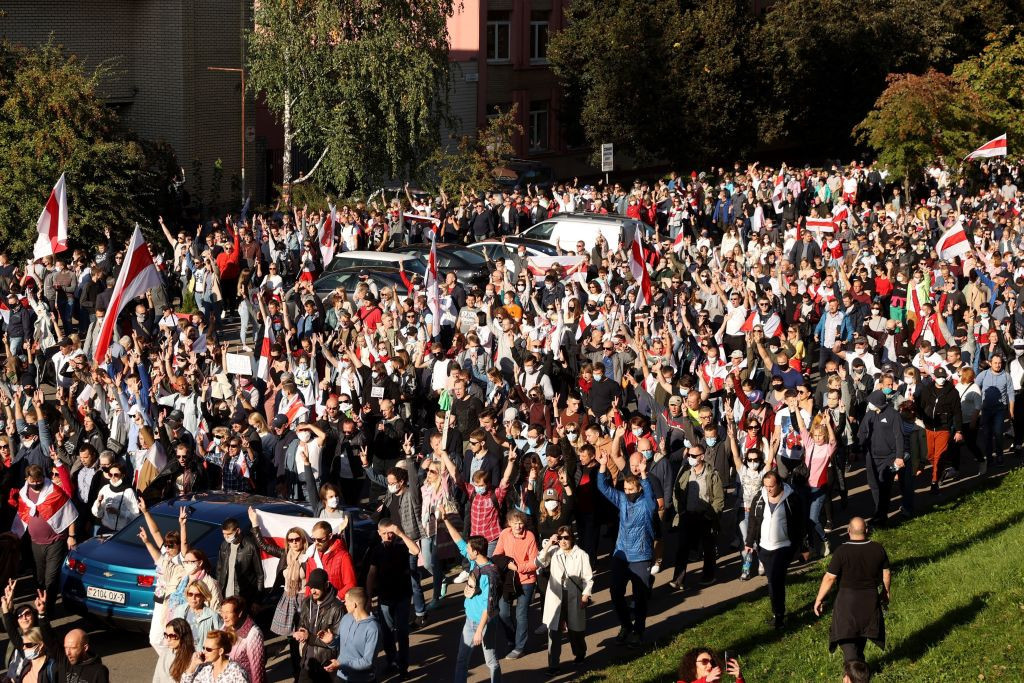 Belarus has been replaced by Switzerland as the venue for next year's UEFA Congress - with the governing body citing COVID-19 restrictions as the reason for the move.

Minsk was due to host the Congress for the first time on March 2 2021, but UEFA officials agreed to move it to Switzerland during today’s Executive Committee meeting.

Mass protests are continuing to take place in the Belarusian capital following the controversial re-election of Alexander Lukashenko as the country’s President in early August.

Lukashenko’s inauguration was unexpectedly brought forward and held in secret yesterday as he begins his sixth term in office.

More than 360 people have reportedly been detained in Belarus during demonstrations, with police officers using truncheons and waters cannon to disperse crowds.

UEFA said the decision to replace Minsk as the host for the Congress was due to the "current restrictions" and "in order to reduce the organisational burden on the organisation’s operations".

The Executive Committee has decided to hold of "all corporate UEFA meetings" in Switzerland for the "next six months".

It means the Executive Committee meetings in December and March will also take place in the country, where UEFA is based.

Last year’s Congress was held in Amsterdam in the Netherlands, where Rainer Koch was elected onto the Executive Committee on a one-year term and French Football Federation President was elected to the FIFA Council.

Italy, the Netherlands and Poland are set to battle it out to host next year’s UEFA Nations League Finals, due to be held in October 2021.

The Executive Committee revealed the three countries had "declared their interest" in hosting the four-team tournament.

The two semi-finals are set to take place on October 6 and 7 with the final and third-place match scheduled for October 10.

Five substitutions will be allowed to be used by teams in all matches during the Nations League group phase.

The move has been made "in order to alleviate the burden on players caused by the condensed international match calendars 2020-2021 due to the Covid-19 pandemic", according to UEFA.