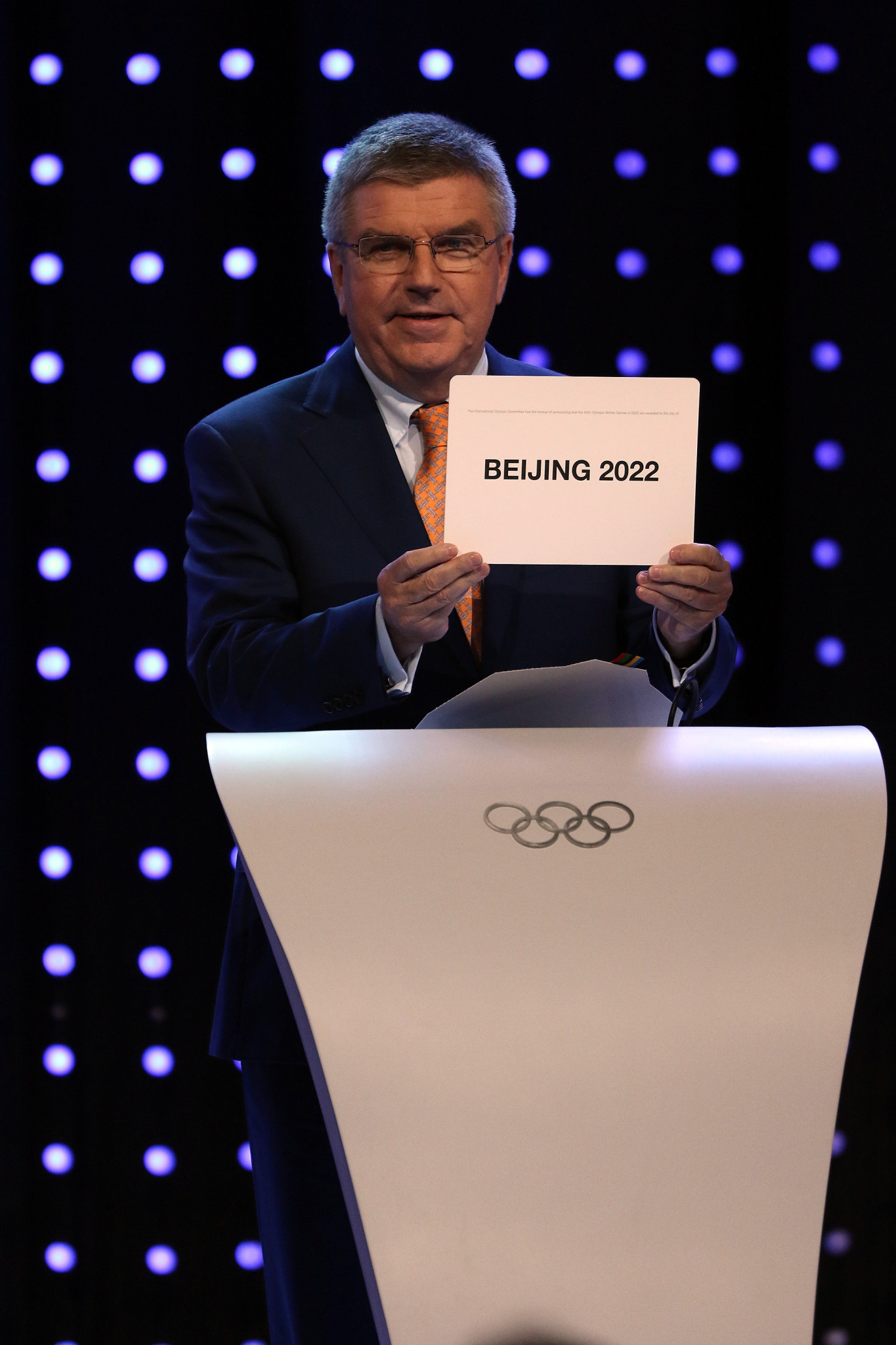 International Olympic Committee (IOC) President Thomas Bach has said the organisation "continues to be impressed" by preparations for Beijing 2022.

Bach made the comments via videolink as this year's World Winter Sports Expo opened in the Chinese capital.

"The IOC continues to be impressed by the progress of the preparations, and we are all looking forward to writing this new chapter in China's great sporting history," Bach said, as reported by China's state news agency Xinhua.

Everyone is "living with much uncertainty" because of the coronavirus pandemic, Bach acknowledged, but preparations for the next Winter Olympic and Paralympic Games are said to have progressed largely without delay.

"We are still learning everyday about the impact of this global crisis on all aspects of our lives," Bach said.

"The World Winter Sports Expo is the perfect platform to highlight this important contribution of sport to the recovery.

"The Expo is also an important step as China gets ready to welcome the world's best winter sport athletes in 2022."

The event is hoped to contribute towards the Chinese Government's aim of having 300 million people involved in winter sports by the 2022 Games, and it has been sponsored by the Beijing Olympic City Development Centre.

Juan Antonio Samaranch, who chairs the IOC Coordination Commission for Beijing 2022, also commented on the progress organisers have made and the potential for the Games' legacy.

"Despite the difficulties over the last months, we are happy to recognise the big advance of the Beijing 2022 project," Samaranch said, per Xinhua.

"The team has been extremely proficient and capable of delivering the progress in the organization of the Games."

Beijing 2022 reports that all Games facilities and adjacent infrastructure projects will be finished by the end of the year.

"This is a great opportunity and a great occasion to amplify their really successful legacy from Beijing 2008 Summer Games," Samaranch added.

"Beijing and China did very well in that occasion.

"Now in winter 2022, future generations of Chinese and worldwide winter sports lovers will benefit from this and will experience the success and the access to winter sports like never before."

Another senior IOC official, executive director for the Olympic Games Christophe Dubi, also spoke via videolink at the World Winter Sports Expo and hailed "unprecedented" investment made to support the Games by Chinese business.

The Winter Olympics is due to begin on February 4 in 2022 - less than sixth months after the Tokyo 2020 Closing Ceremony.

Competitions are due to be staged in three main clusters - Beijing itself, Yanqing and Zhangjiakou.

Beijing will become the first city to host both the Summer and Winter Games, should the coronavirus pandemic not prevent the event from going ahead.

Relations between China and a number of other superpowers have also been worsening of late and are threatening to have an impact on the Games.

China's treatment of Uyghur Muslims has been heavily criticised, with the World Uyghur Congress saying there is "verifiable evidence of genocide and crimes against humanity taking place", while a controversial new security law in Hong Kong has been condemned by the United States, United Kingdom, Canada and Australia.

China-US relations have also deteriorated over the coronavirus pandemic and trade, while China and India remain locked in a long-running border dispute.