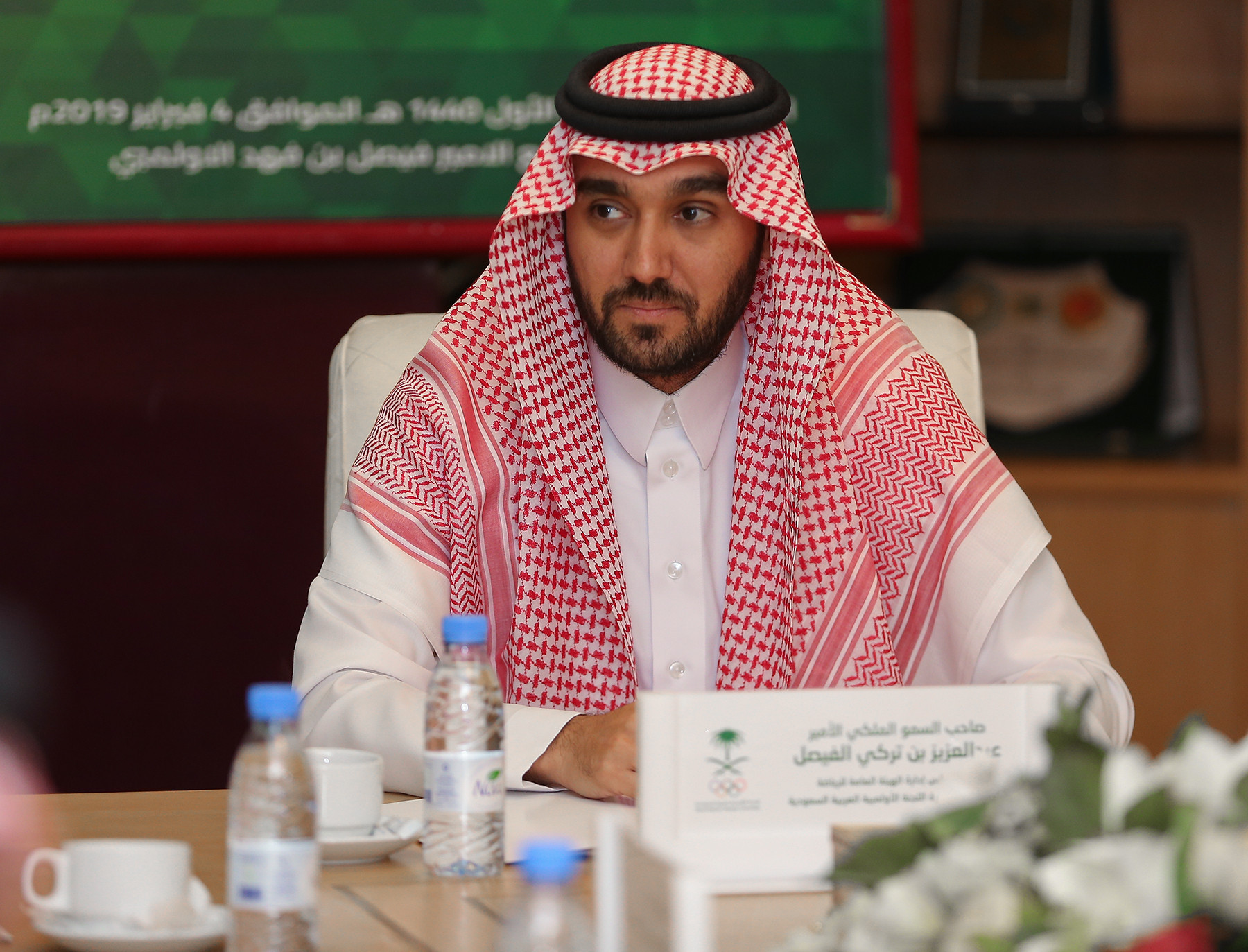 Hosted over two days, the Saudi Athletes' Commission held the event under the patronage of the President of the SAOC, Prince Abdulaziz bin Turki Al-Faisal.

Representatives from organisations such as the SAOC, the International Olympic Committee (IOC), the Olympic Council of Asia (OCA) and the Saudi Ministry of Sports shared their knowledge with more than 10,000 athletes and sports institutions.

The Forum looked to promote dialogue and inspire Saudi athletes through listening to other athletes' success stories, while also raising awareness for athlete welfare, women's sport, career transition and sports performance and science.

"Saudi Arabia is a committed supporter of the Olympic Movement, the OCA and sport throughout Asia," said Prince Abdulaziz.

"Aligning with Olympic values will help to drive positive social change across our nation and the Asian continent.

"Promoting the role of the Athletes' Commission both locally and internationally is important to SAOC as we continue to prioritise the welfare of all athletes – especially in the areas of anti-doping, women's sport development and mental health.

"Events like this are a central part of Saudi Arabia's sports strategy as the kingdom looks to drive sustainable development and establish a hub of educational and performance excellence for all athletes across Asia – helping to create more elite and recreational competitors who are healthier and better prepared."

Equestrian's Dalma Malhas, who was the first Saudi Arabian woman to compete at any Olympic event when she rode at the Youth Olympic Games in Singapore in 2010, also participated in the Forum.

"There is an increasing number of women and girls participating in sport throughout the Kingdom and with the ongoing support of the SAOC, the Saudi Athletes' Commission and the international sports community, I know that women's sport will grow and flourish here," said Malhas.

"It was great to participate in the 'Empowering Women in Sport' session."

Other topics that were discussed included the "Olympic journey", health and well-being, life after sport, athlete entourages and sports psychology.