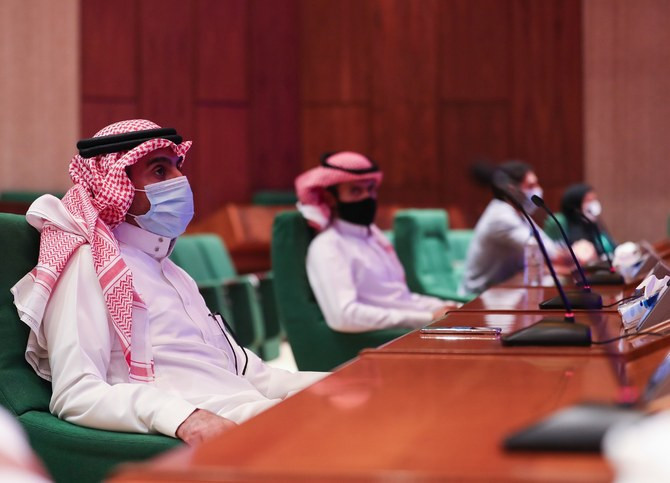 Hosted online under the patronage of Prince Abdul Aziz bin Turki Al-Faisal, the SAOC President, it was attended by SAOC and national sports federation members, as well as sports specialists.

Also present for the discussion on June 23 was the head of institutional relations and governance at the International Olympic Committee (IOC), Jerome Poivey, and Uganda Olympic Committee secretary general Donald Rukare.

Rukare started the first session, speaking about the principles of governance and highlighting the importance of transparency, accountability, equality, fairness and inclusiveness.

Poivey discussed the role of National Olympic Committees (NOCs) and the recommendations of the IOC agenda for 2020.

Olympic issues such as the COVID-19 pandemic, women's role in sport and relationships between various sporting institutions were discussed.

Speaking of the pandemic, Rukare said: "We need NOCs to go back and review their policies because most of it was framed during the time we thought things would be done in physical presence only, but now we need to go back to the guidelines and re-configure and amend it to be suitable for nowadays such as taking decisions online.

"For example, can we do campaigns online without breaching the law, then we need to put that process in and build capacity.

"We need to offer access, quality and building capacity once again because for example, maybe not everyone had internet."

Poivey added: "We tend to ask the NOCs to follow the IOC charter and see if the values are reflected then they can approve it if it doesn't contradict the law.

"There must be some flexibility so we need to make sure the basic principle is there.

"Every NOC should align with the sports law and Olympic charter.

"The issue is when sports law is not reflected, then we try to negotiate to find solution and usually it works, if not then we suspend the NOC because it doesn't follow the Olympic Movement.

"For example, there must be an election process; and sport law must be respected."

The SAOC will hold its next monthly conference in July and focus on the topic "Managing National Federations".

Recently, the SAOC promised the IOC that it will pay special attention to gender equality and giving women more opportunities to compete in sport.

According to the World Economic Forum, Saudi Arabia has one of the largest gaps in gender equality in the world.