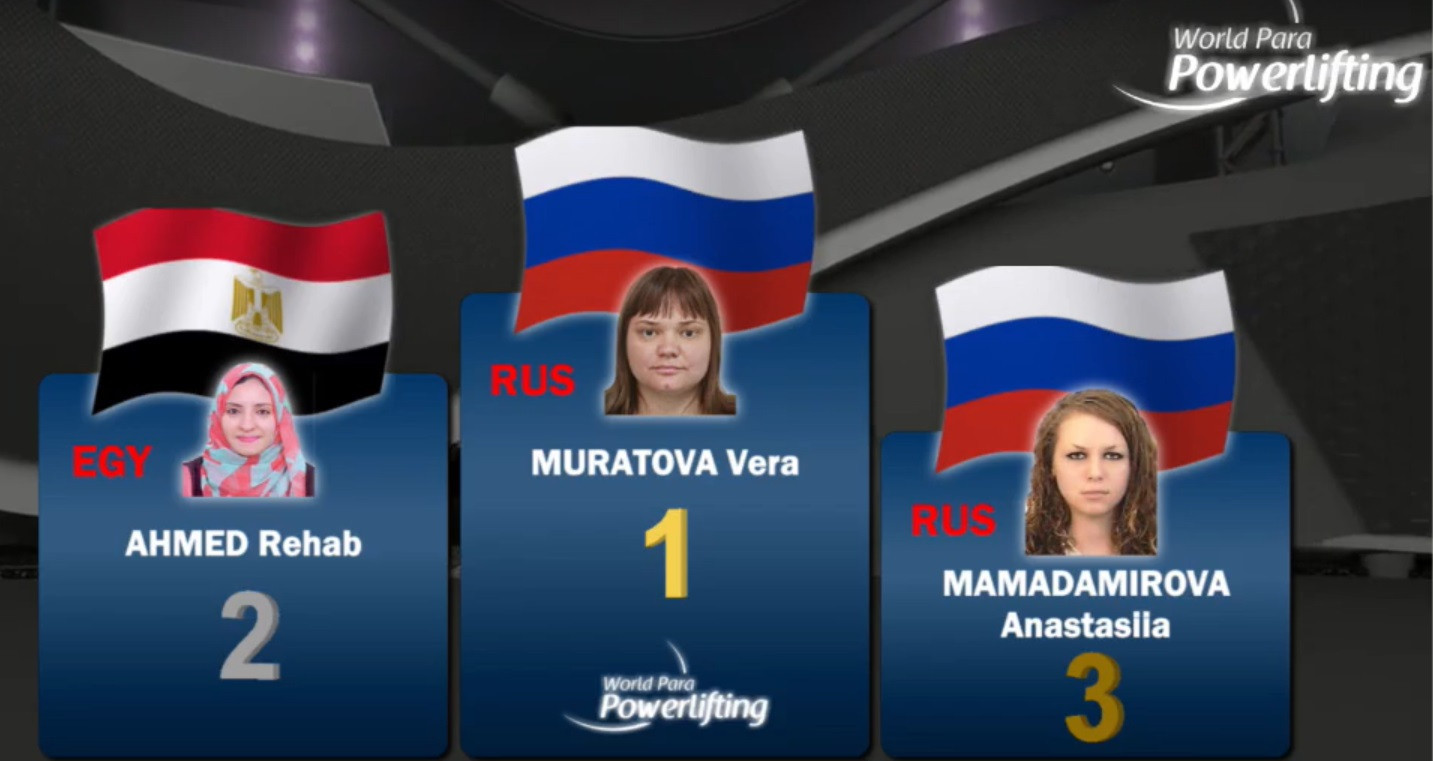 Vera Muratova strengthened her position at the top of the overall standings with victory in the latest leg of World Para Powerlifting’s Online World Cup series.

The Russian came out on top after recording 117.47 points courtesy of a lift of 135 kilograms in a special edition of the series that was broadcast live on Facebook.

In second position was Egypt’s Rehab Ahmed who completed a lift of 110kg to register 114.77 points.

Anastasiia Mamadamirova was the second Russian on the podium after she finished third with a lift of 102kg, boosting her points tally to 106.64.

In the men’s event, Kazakhstan’s David Degtyarev topped the standings with a score of 197.94 points after lifting 175 kg.

He edged out Jordan’s Abdelkareem Mohmmad Ahmad Khattab who totalled 196.67 points and Brazil’s Bruno Carra was third with 191.04 points.

They were among 54 athletes from a record 21 countries who submitted videos to participate in the competition.

The final scores were based on a statistical coefficient used to equalise and compare athletes' performances between different body weights.

The Online World Cup was the first Paralympic sport competition created during the COVID-19 pandemic in a bid to keep athletes active and motivated at home.

This was the fourth leg of the series.