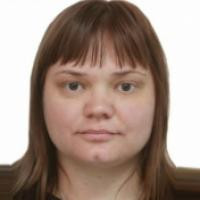 The Russian scored 121.76 points to add to her victory from the opening event and her second-place finish last time.

She now has 193.5 points on top of the pile, with compatriot Anastasiia Mamadirova her nearest challenger on 138.

Brazil's Mariana D'Andrea is third on 124.

Muratova fell ill with jaundice at a young age, which weakened her immune system and caused her to contract polio.

She is now aiming to compete at the Paralympic Games.

The third leg of the Series set a new participation record, with 55 powerlifters from 17 countries taking part.

Among the nations involved were first-timers Algeria, Argentina, Bahrain, Chile and Estonia.

The competition was launched in May following the postponement of the Tokyo 2020 Paralympics to next year due to the COVID-19 pandemic.

Powerlifters compete from home or their local gym, based on the rules established by health authorities in their countries, and submit up to three videos of lifts through an online platform.

Officials then use the same platform to judge the performances, with athletes scoring points based on a statistical coefficient that equalises and compares lifts between different weight divisions.

In the men's event, Kazakhstan's David Degtyarev capped his debut in style by claiming victory.

Italy's Paolo Agosti ended ninth which was enough to claim the overall rankings lead with 162.5 points.

Fellow Italian Matteo Cattini is second on 150.5 and Colombia's Jainer Cantillo is third on 146.

The next edition of the Series will take place in August.