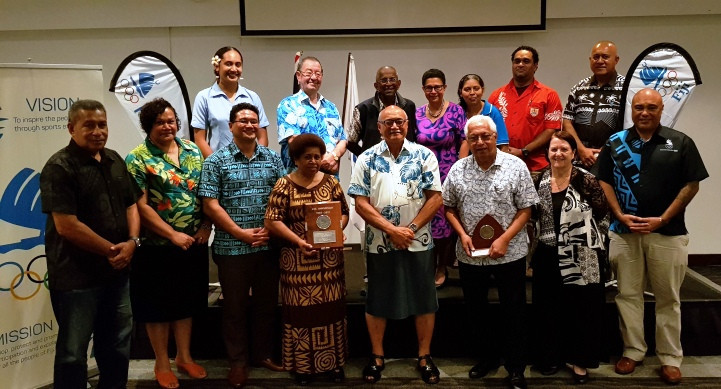 The Fiji Association of Sports and National Olympic Committee (FASANOC) elected new members to its Board during its deferred Annual General Assembly.

The Assembly, held on August 1 at the Holiday Inn in the capital city of Suva, went ahead after it was rescheduled due to the threat of the COVID-19 pandemic.

It was initially due to take place on April 29 before being postponed because of the crisis.

Nagera replaces Kado, while Naivalurua and Narayan replace Joseph Rodan Junior - who did not stand for re-election - and Harvie Probert, who served the maximum term of eight years on the Board, respectively.

FASANOC President Makarita Lenoa welcomed the new members and said she was thankful to them for volunteering their experience in a bid to development sport in Fiji.

Lenoa also stated these Board members will provide diverse views and expertise that will look to inspire people in the nation through excellence in sport.

The 2020 Annual General Assembly led to an increase of female representation, with the Executive Board now comprising six women and three men.

To celebrate FASANOC's 70th anniversary last year, Lenoa invited the President of Fiji Jioje Konrote, past FASANOC Presidents, the Oceania Regional Anti-Doping Organisation and many others to a special dinner on the same night.

FASANOC also invited nominations for a new excellence in sport award, recognising individuals who have made significant contributions at the highest level for the National Olympic Committee, as well as the development and promotion of sport in Fiji.

Lenoa congratulated Mitchell on the award, stating: "You are a proud son of Fiji and it is our honour and privilege to work with you in sports for the betterment of our people."