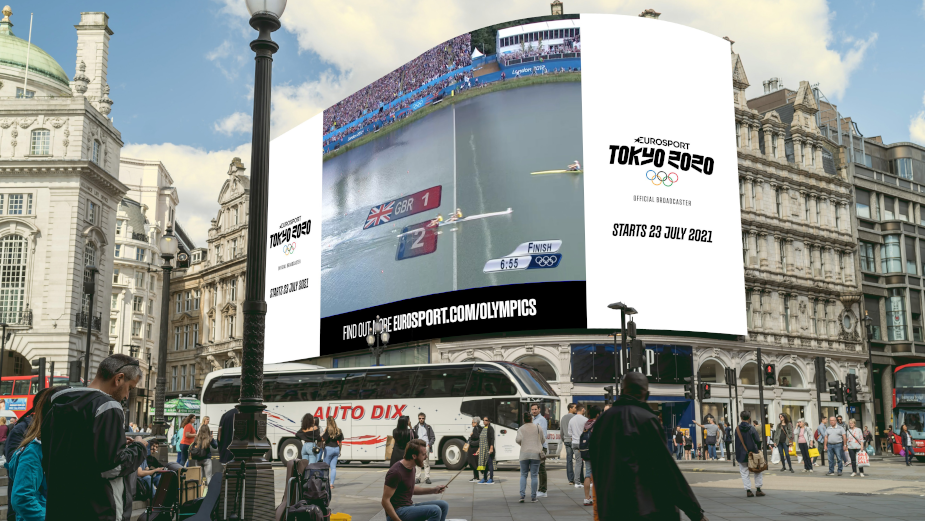 Eurosport and Ocean Outdoor have marked the initial date of the Tokyo 2020 Olympic Closing Ceremony today by revisiting the best moments of the London 2012 Olympics at Piccadilly Circus.

Using footage from its Olympic archive, the channel broadcast a 10-minute special showcase today, featuring clips such as Usain Bolt's 100 metres win and Jessica Ennis-Hill's home gold in the heptathlon.

Ocean Outdoor, a partner of the British Olympic Association (BOA), provided the screen space as part of the Piccadilly Lights in London.

"We are delighted to partner with Ocean Outdoor for this Olympic showcase," said Simon Downing, head of factual and sport at Eurosport UK.

"It's fantastic to relive some of the greatest moments in sporting history – which we all look back on fondly.

"It's memories like these which really bring the world together, which perhaps is needed now more than ever.

"The Olympic Games have the ability to touch and inspire everyone, and we are thrilled to be part of it."

Gemma Gibbons' silver medal in judo – the first British medal in the sport in 12 years – was also covered.

"There are hopes to extend this content partnership into 2021 to potentially include the wider Eurosport and Discovery Networks UK and Ireland portfolios."

Olympic content has previously featured at the Piccadilly Lights, with British highlights from Pyeongchang 2018 appearing as part of Ocean Outdoor's content partnership with the BOA.

Eurosport is owned by Discovery, which signed a multi-Games deal with the International Olympic Committee to obtain television and multi-platform broadcasting rights in Europe for four Olympic Games, starting with Pyeongchang 2018.

Tokyo 2020 was postponed until 2021 due to the coronavirus crisis.