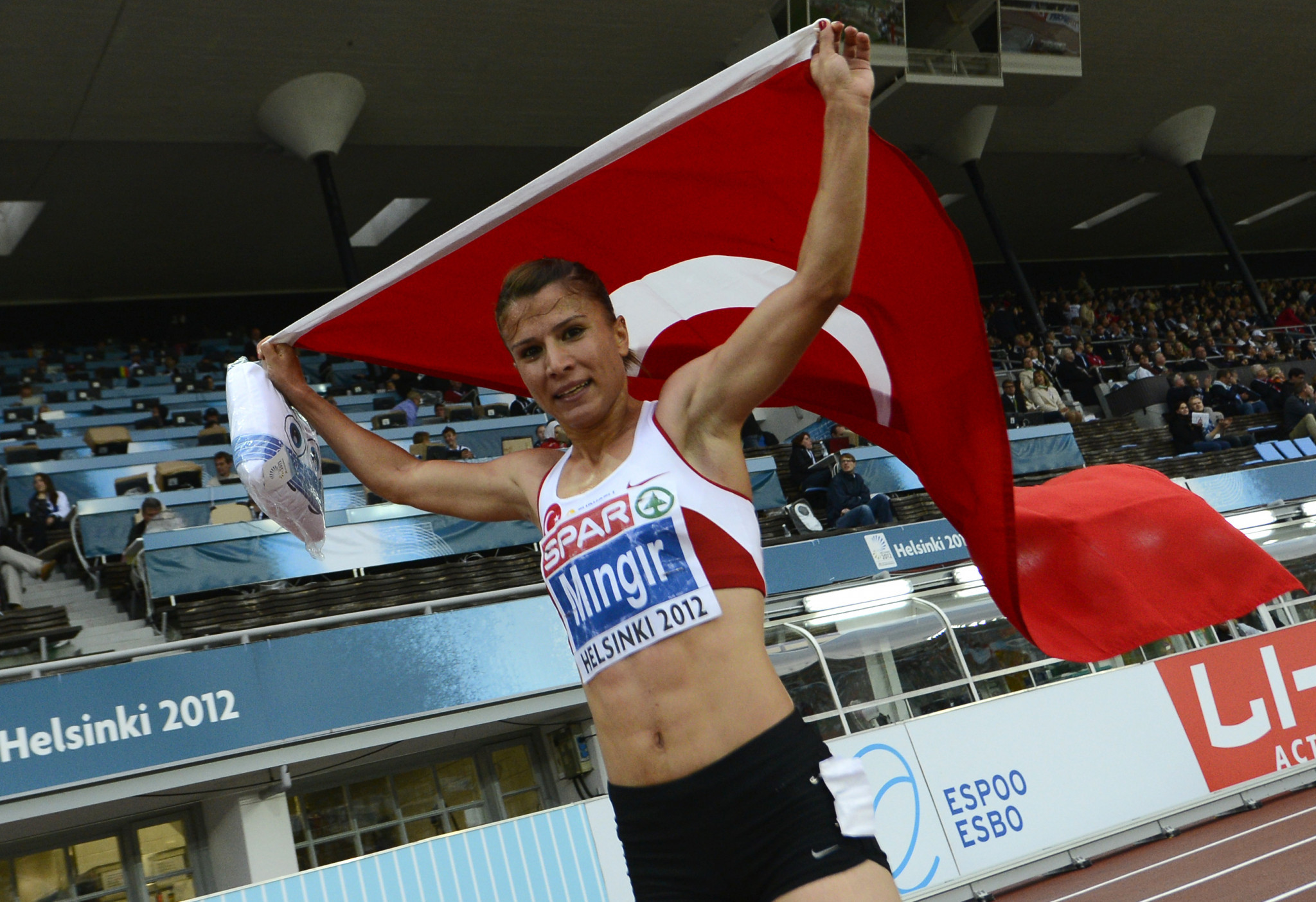 Turkish steeplechaser Gulcan Mingir has been banned for two years and retrospectively disqualified from the London 2012 Olympics by the Athletics Integrity Unit (AIU).

The 31-year-old was provisionally suspended in February after she tested positive for banned steroid DHCMT, following a re-test of her London 2012 samples.

Her two-year sanction has been backdated to begin on February 3.

Mingir failed to qualify from the 3,000 metres steeplechase heats at London 2012.

A month before the Games, she won the European title in Helsinki in 9min 32.96sec, a result which still stands.

The Turkish athlete also won gold at the European Under-23 Championships in Ostrava in 2011.

She won silver at the 2013 Summer Universiade in Kazan but this result has now been wiped.

Gold medallist Yulia Zaripova of Russia has also been retrospectively disqualified from this race.

More than 80 athletes from London 2012 have been snared in this manner, among them two of Turkey's five medallists.

Aslı Çakır Alptekin and Gamze Bulut finished first and second in the women's 1,500m but both were retrospectively banned following the retesting.

At least 11 Turkish athletes have now been found guilty of doping offences at London 2012.

The eight-year statute of limitations to charge athletes from the Games expires this month.