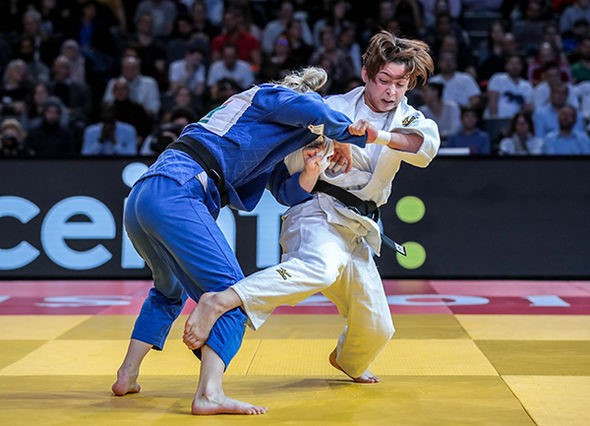 World number one Christa Deguchi has spoke of her ambition to win Canada's first Olympic gold medal in judo at the Tokyo 2020 Games, three years after switching allegiance to the nation from Japan.

In 2017, Deguchi changed her competitive nationality from her birthplace of Japan to Canada in a bid to qualify for the Olympics.

She was born in Nagano to a Japanese mother, but her father hails from Canada.

After being approached in 2012 to switch nationality she refused, but later changed her mind.

"Canada first contacted me when I was in high school," Deguchi said.

"I was on Team Japan at the time and didn't think I was going to change countries."

Her coach – who had trained her since she was three – advised Deguchi to choose the country that would give her the best chance of making the Games and she now does not have to battle Japanese judoka for her place.

Shortly before her 22nd birthday – the legal age in Japan to choose a citizenship for those with dual nationalities – she announced her decision to represent her father's homeland.

However, she faced a potential issue with her dual-nationality as the International Judo Federation requires athletes to not compete for three years after switching countries.

Due to not competing for Japan for a while, she faced little time on the sidelines, however.

Deguchi is heading towards the Games in fine form having won gold at last year's World Championships in Tokyo at 57 kilograms.

"Winning gold for Canada was a special moment and a high point in my career," Deguchi said.

"I try not to think about the details of the match or what results I need to get – I try to keep my mind as blank as possible and just focus on my fight and how I am going to throw my opponent."

The 24-year-old has continued to train in Japan having moved to Yamanashi from Nagano for university.

一夜明けてもまだ実感が湧きませんが、これに満足せず更なる高みを目指して頑張ります。関係者の皆様、会場の皆様、温かい声援ありがとうございました。 I still can’t believe I did it. I’m glad I could do this for Canada and for my family. Thank you for all your support.

One of the most exciting potential judo showdowns is between herself and Yoshida, who stated after the 2019 World Championships: "If I meet her at the finals at Tokyo 2020, I will win".

Deguchi is still to secure her position for the Games, but has one eye on gold.

"I want to fight a few times before the Games and I still have to compete against a team-mate in Canada in a play-off to secure the Olympic spot," she said.

"Of course my goal is to win Canada's first-ever judo gold medal but I don't think I am the favourite.

"The 57kg category is one of the toughest divisions in judo – I will have to be at my best to accomplish my goal."