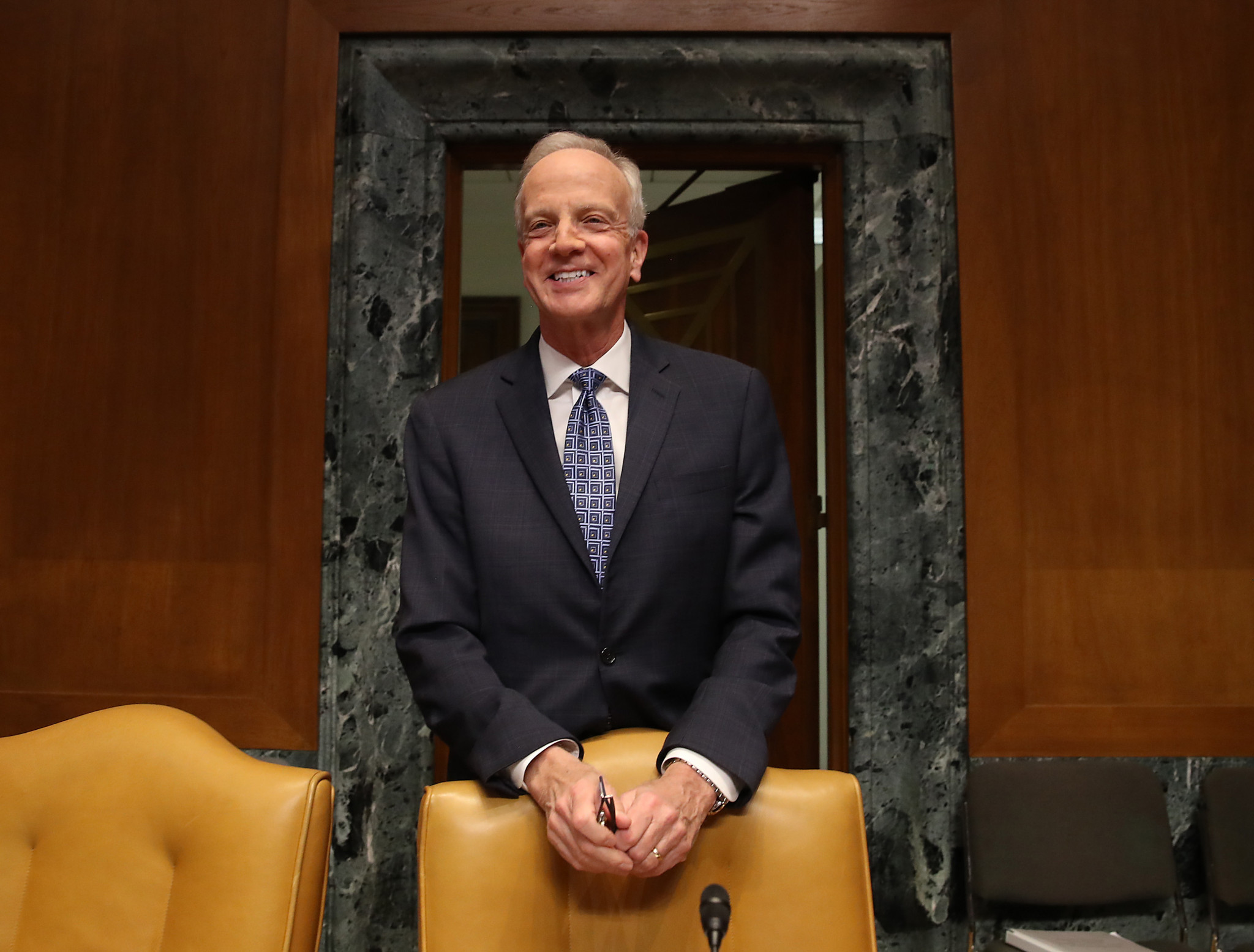 The United States Senate has passed a bill aimed at Congressional oversight of the US Olympic and Paralympic Movements and increasing funding for the United States Center for SafeSport.

The Empowering Olympic and Amateur Athletes Act reportedly would establish safeguards designed to protect amateur athletes from abuse from coaches and other officials within Olympic and Paralympic sports.

The bill has been spearheaded by Senators Jerry Moran and Richard Blumenthal, with the legislation instigated in response to the scandal involving USA Gymnastics' team doctor Larry Nassar, who sexually abused more than 300 athletes over two decades.

"We could not have passed this bill in the Senate today without the input and guidance of the survivors – athletes who travelled to Washington countless times, shared their stories and demanded change.

"While powerful institutions failed these survivors in the past, we aren’t going to.

"We look forward to working with our colleagues in the House and at the White House to get these critical reforms across the finish line - for the survivors and all of our nation’s future athletes."

The bill, which has received bipartisan support, is now set to move to the House of Representatives.

The bill would mean Congress would have the right and means to dissolve the ­USOPC Board of Directors if it finds that it is failing to fulfil its purposes as described in the Amateur Sports Act of 1978.

Today the Senate passed Olympic reform legislation I introduced with @SenBlumenthal, marking a critical step towards providing effective safeguards and protections to Olympic, Paralympic and amateur athletes pursuing the sports they love. pic.twitter.com/ZrZ28DCcRj

Congress would also have the power to decertify individual sports' governing ­bodies for their failures.

The bill would require the USOPC to give the US Center for SafeSport $20 million (£15 million/€17 million) in annual funding to do its work more effectively.

Financial figures released by the USOPC earlier this week revealed the organisation had increased its support of the US Center for SafeSport by $4.5 million (£3.4 million/€3.8 million) in 2019.

The increase meant the USOPC provided $7.5 million (£5.7 million/€6.3 million) in funding this year.

The bill would require the USOPC to more than double the current funding for the national non-profit organisation, which provides education, resources and training to promote respect and prevent abuse.

The US Center for SafeSport would be required to publish and maintain a publicly available website that includes a full list of individuals banned from the USOPC or a national governing body.

USOPC chief executive Sarah Hirshland said the organisation would continue to collaborate with the Congressional Commission reviewing Olympic and Paralympic sport in the country.

Hirshland also highlighted that the USOPC had recently approved the second phase of its governance reforms.

"We would like to thank Chairman Moran and Senator Blumenthal for their work in drafting and advancing this important legislation," Hirshland said in a statement.

"It will cement increases in athlete representation in the U.S. Olympic and Paralympic movements, improvements in athlete safety protections, and increases in transparency and accountability in our system.

"The USOPC Board recently approved the second phase of the most sweeping governance reforms in recent history.

"Building on that commitment and this legislation, we will move rapidly to implement reforms to address any outstanding provisions from this bill.

"We also want to thank Senator Gardner and Representative DeGette who worked to create the Congressional Commission to review Olympic and Paralympic sport in the U.S. that is included in the Empowering Olympic and Amateur Athletes Act.

"Reviewing how U.S. Olympic and Paralympic sport is best positioned for success in the future is necessary and timely, and we look forward to collaborating with the Commission."

Governance changes were announced by the USOPC last November, with the move stemming from independent reports into the USOPC and two Congressional investigations.

Increasing athlete representation, changes to compliance and oversight, and holding the national governing bodies accountable to specific compliance standards were among the changes following recommendations.

Increased financial standards and reporting, selection procedures, grievance procedures and whistleblower policies were among measures introduced by the USOPC for national governing bodies.

The reforms were part of a five-year strategic plan for the USOPC, which Hirshland referenced in impact reports published by the organisation yesterday.

"Our four strategic priorities—and where you’ll see us invest and make substantive change in the coming years—are focused around creating a better experience for athletes, improving the effectiveness of all the organisations that serve Team USA, establishing an athletes-first culture and ultimately preparing for the transformational opportunity represented by hosting the Olympic and Paralympic Games in LA in 2028," Hirshland wrote.

"This is a plan that was, for the first time in our organisation’s history, co-created by representatives from across our diverse community.

"It was a year in which we made some of the most sweeping governance changes the USOPC has ever seen—not for the sake of change, but because we believe it will improve athlete well-being and develop a stronger system of accountability.

"We ended 2019 a very different organisation—in culture, in mindset and in how we operate—and we are better positioned to steward the U.S. Olympic and Paralympic movements than we have ever been before.

"That began with formally changing our name to the United States Olympic & Paralympic Committee to reflect all athletes of Team USA.

"We embraced an athletes-first mentality, making changes to our mission, our values, our bylaws, our leadership and our structure.

"And as a result, we are empowering athletes to participate more directly in our decision-making by increasing their representation and elevating their voices in our strategic plan."