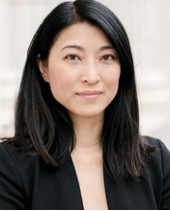 The United States Olympic and Paralympic Committee (USOPC) has appointed former assistant US attorney Holly Shick as its first chief ethics and compliance officer following recommendations made in a report triggered by abuse scandals in the country.

Shick will lead the USOPC's new national governing body (NGB) certification programme and be responsible for ensuring the organisation responds quicker to complaints about abuse and other issues.

The creation of the role was suggested in the independent report from the Borders Commission, which called for an overhaul of the USOPC Board structure and increased athlete representation on the body.

The Borders Commission, established in the wake of a series of sexual abuse scandals in US sport, had recommended the chief ethics and compliance officer be appointed by December 2019.

We are proud to welcome Holly Shick as our first chief ethics & compliance officer at a time when we are launching our new NGB audit standards and applying greater accountability for everyone in the U.S. Olympic and Paralympic movements. https://t.co/VEpWObFhc5 pic.twitter.com/WSt9qMHp1Q

The USOPC said Shick will "will lead the compliance team in establishing, implementing and enforcing standards and operations to champion a culture of oversight and accountability, both within the organisation and across the US Olympic and Paralympic community".

NGBs were found to have different policies about reporting abuse and crimes in the wake of the Larry Nassar scandal, while the USOPC's oversight of the organisations was not deemed to be clear enough.

Former USA Gymnastics team doctor Nassar abused more than 350 women and was given an effective life sentence by a Michigan court in 2018.

"I am excited to welcome Holly to our organisation in a pivotal role, and at a time when we are confirming our efforts to apply greater accountability for everyone in the US Olympic and Paralympic Movements," said USOPC chief executive Sarah Hirshland.

"Her addition to our leadership team will elevate and further the progress we have made to strengthen NGB oversight, governance and operational support, as evident by the launch of our new audit standards.

"These requirements are the result of a thorough collaboration by our community leaders to ensure a comprehensive set of standards and tools are in place for all who serve Team USA athletes."

Shick, assistant US attorney for eight years and who worked as global compliance officer for consumer financial crime issues at Goldman Sachs for nearly four years, said she was "excited and humbled" to join the USOPC.