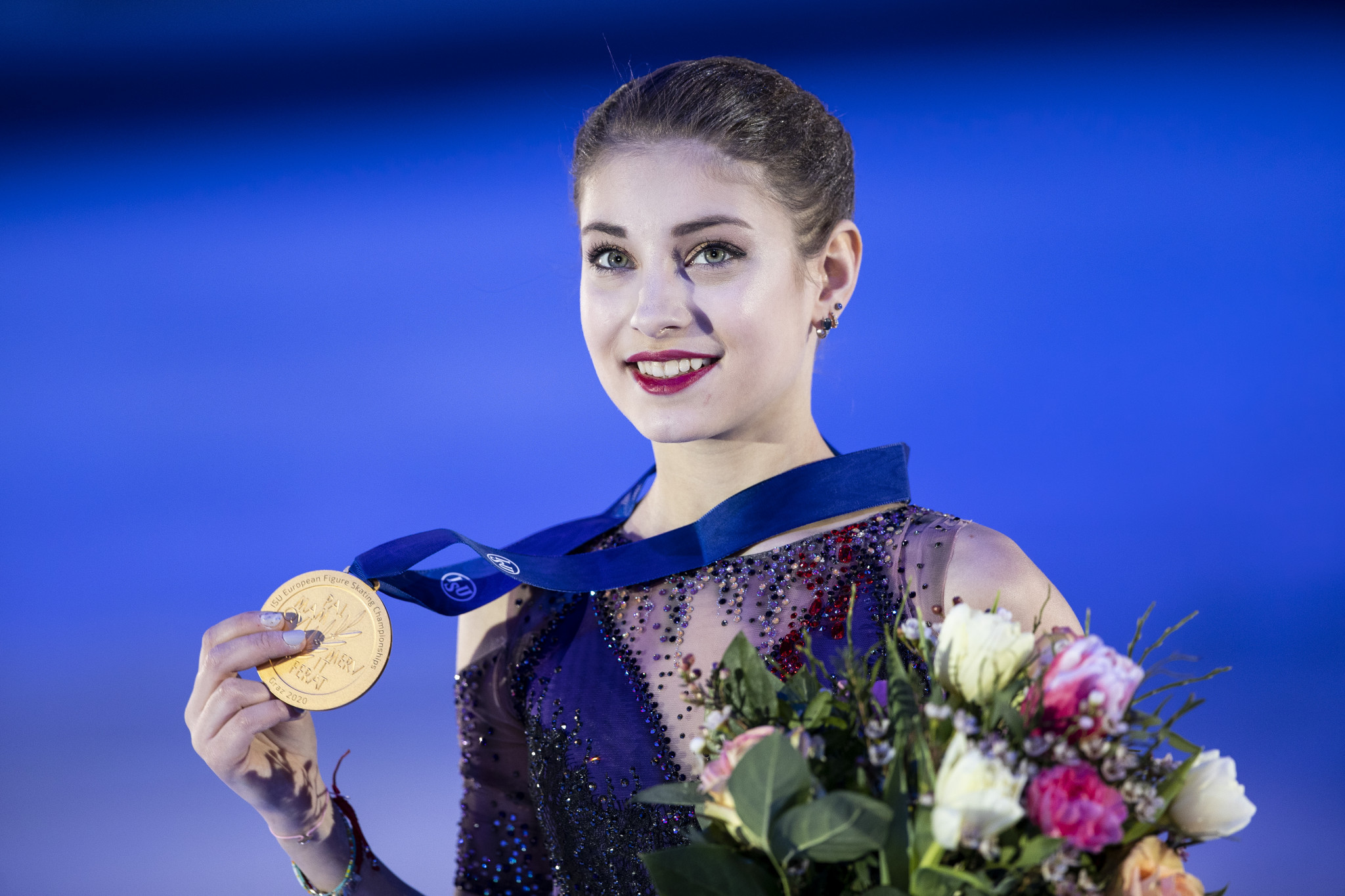 The Russian makes the same move as fellow rising star Alexandra Trusova, who swapped Tutberidze for Plushenko in May.

Tutberidze confirmed the news on her Instagram page, claiming Kostornaia had refused to take the ice with certain skaters and produced "a whole list of girls non grata" which led to the split.

Kostornaia, who turns 17 later this month, won the ladies singles at both the 2020 European Championships and 2019 Grand Prix Final.

She won the award for the best newcomer at last month's ISU Skating Awards.

A World Junior Championships silver medallist in 2018, she figures to be one of the favourites heading into the Beijing 2022 Winter Olympics should she be allowed to compete.

Plushenko, who won gold in the singles at Turin 2006 and in the team event at Sochi 2014, now has two of the brightest stars in Russian sports under his guidance after Trusova also left Tutberidze's group for his.

"Alena herself expressed a desire to join my group two weeks ago, she wanted to skate in 'Plushenko's Angels' under my leadership and the guidance of Sergei Rozanov," he told Russian state new agency TASS, refusing to be drawn on the claims Kostornaia did not want to train alongside certain others.

"Before that, we did not even know each other.

"If she had such thoughts before, then this nothing was known.

"I can't say what did not suit her, and whether it did, it would be better to ask her herself, I can only say that she decided to radically change the team.

"She did not have any specific wishes - she just wanted to train, prepare for the Olympics, she is absolutely geared towards sports.

"We did not even discuss the financial component of the issue, but if something is needed, I will take everything upon myself - I have the opportunity do it, and I won’t be stingy."