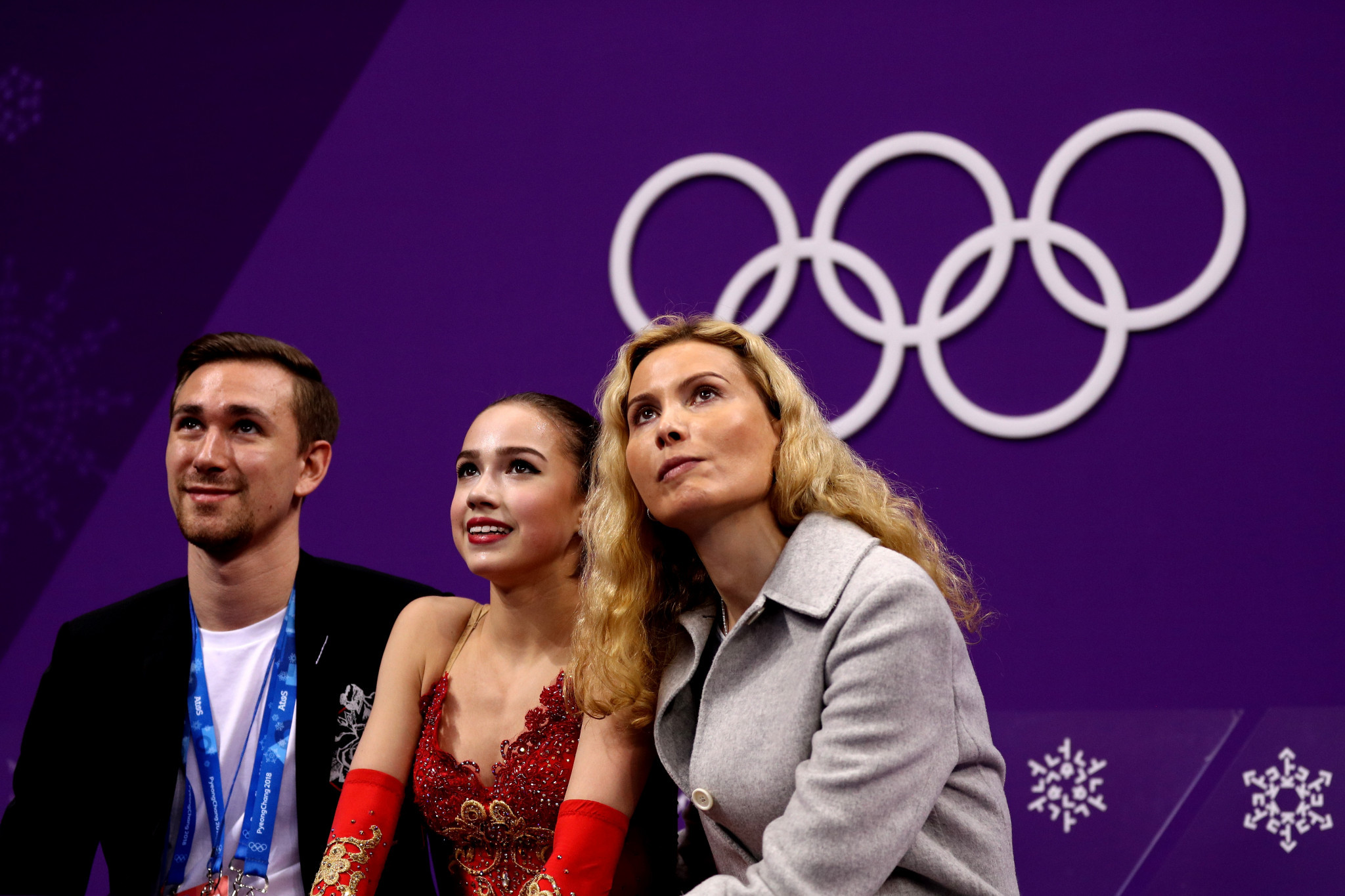 Russian figure skating coach Eteri Tutberidze, who was forced to go into a period of quarantine after arriving back in the country from the United States, has joined her international athletes at a training camp in Novogorsk.

Among them is Olympic and world champion Alina Zagitova, who has returned to training after taking an extended break from the sport.

"She [Tutberidze] has completed her two-week quarantine after her arrival from the United States and has already started her [training] work," Gorshkov said.

Tutberidze had been visiting her daughter, Diana Davis, who competes for Russia but was born in the US and lives there.

Sixteen-year-old Alena Kostornaia, the current European and Grand Prix Final ladies' singles champion, is among the athletes training in Novogorsk.

So too is 16-tear-old Anna Shcherbakova, runner-up to Kostornaia in both events.

Her coaching switch from Tutberidze to Evgeni Plushenko - for which Trusova cited "personal reasons" - was approved earlier this month.

National team training camps in Russia, closed in response to the coronavirus pandemic, have begun to reopen as long as they adhere to a series of COVID-19 countermeasures.