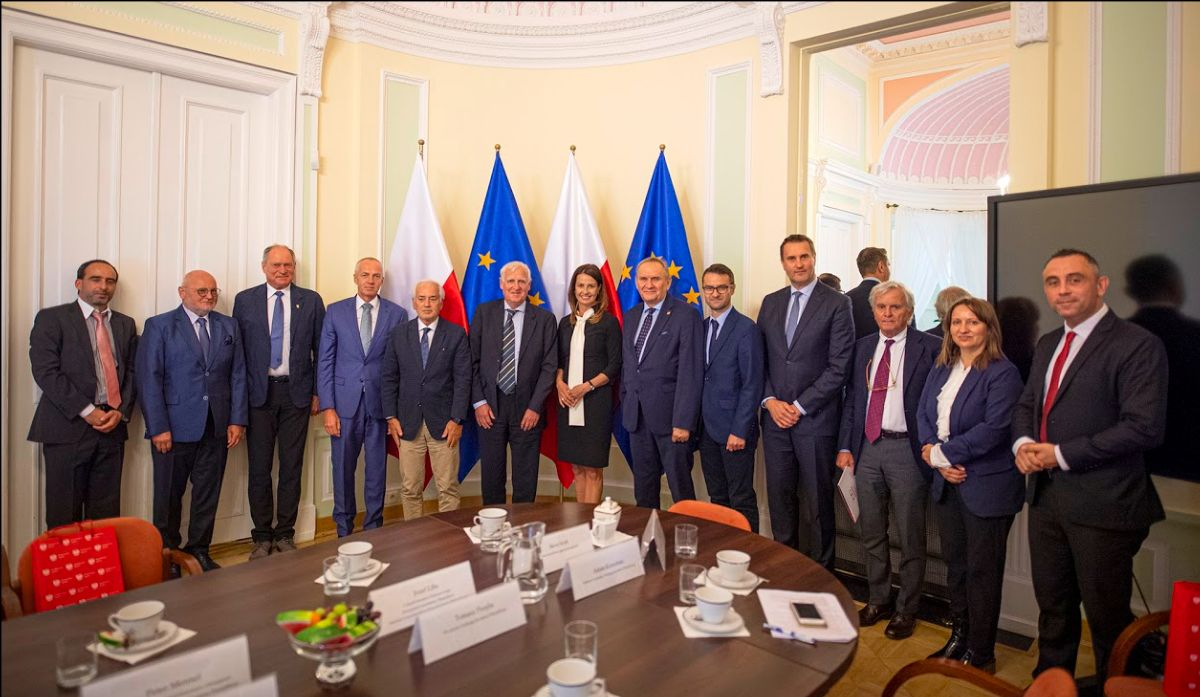 The EOC said the parties discussed logistics and infrastructure for the Games, as well as the sports programme and ways to develop and promote tourism in the region.

"We held fruitful talks this week with all our Polish counterparts in Warsaw, Krakow and Małopolska," said Nygaard.

"II would say the overall feeling here is one of great optimism as the region looks ahead to a time, hopefully, post COVID-19 and to celebrating our elite athletes just a year ahead of the Olympic Games Paris 2024.

"We all have a great deal to look forward to and work towards."

Facilities in Krakow and the Małopolska Region were inspected during the three-day visit, including sport venues and accommodation.

The tour also included the Kraków Academy of Physical Education, as well as the Central Sports Center in Zakopane.

Photos of the first EOC visit to Krakow and the region of Malopolska @PKOL_pl 🇵🇱, the host of the European Games 2023, can be found here👉https://t.co/lGkAW30EW4 pic.twitter.com/1zqwIv45Ug

Kraśnicki, who led the tour, said existing sports infrastructure would be key in deciding the programme for the third edition of the Games.

"Currently, the sports programme of the events and disciplines in which the European Games will be played is being established," Kraśnicki said.

"The decision on this matter will be made by the organisers in consultation with the European Olympic Committees and the European Sports Federations.

"Key to the decision will be, among others, the existing sports infrastructure.

"It is important for athletes and fans to bear in mind that during the third European Games, qualification for the Paris 2024 Olympic Games will take place."

The first European Games were held in Baku in 2015 and the second edition of the event took place in Minsk in 2019.

Poland was selected as the third host in June 2019 after the bid from the Krakow and Małopolska region was the only candidate.