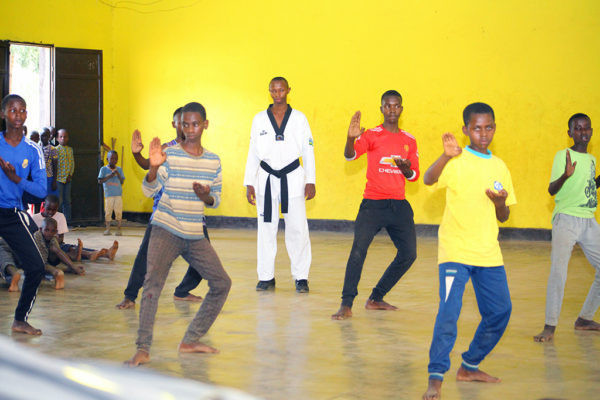 Refugee Para-taekwondo athlete Parfait Hakizimana is continuing to dream of the Tokyo 2020 Paralympics, despite the disruption caused by the coronavirus pandemic.

Hakizimana, who is from Burundi, had his arm amputated aged eight and now lives in the Mahama refugee camp in Rwanda after fleeing civil war.

Both his parents had died by the time he was 11 but taekwondo has given him new hope.

He has embarked on a career as an athlete and a coach with the support of the Rwandan Taekwondo Federation and the Taekwondo Humanitarian Foundation, which works to teach the sport to refugees around the world.

Hakizimana teaches more than 100 refugees at Mahama but his sessions were cancelled when COVID-19 kicked in.

In 2017 he entered the African Championships in Rwanda and won his first bout before falling in the quarter-finals.

He won a gold medal at the 2018 Ambassador's Cup where he was named best athlete.

The Tokyo 2020 Paralympics have now been moved to next year because of the global health crisis.

"Hakizimana trains, and dreams – he hopes to compete for a medal at the Paralympic Games, to train athletes to be competitive at an international level, and to simply live a regular life," World Para Taekwondo said.

"It is difficult, for example, if not impossible, for refugee athletes to get accreditation to compete abroad.

"It's why the African Championships in Rwanda remain his only international competition.

"He trains for personal achievement, to inspire others, and to enjoy unity."