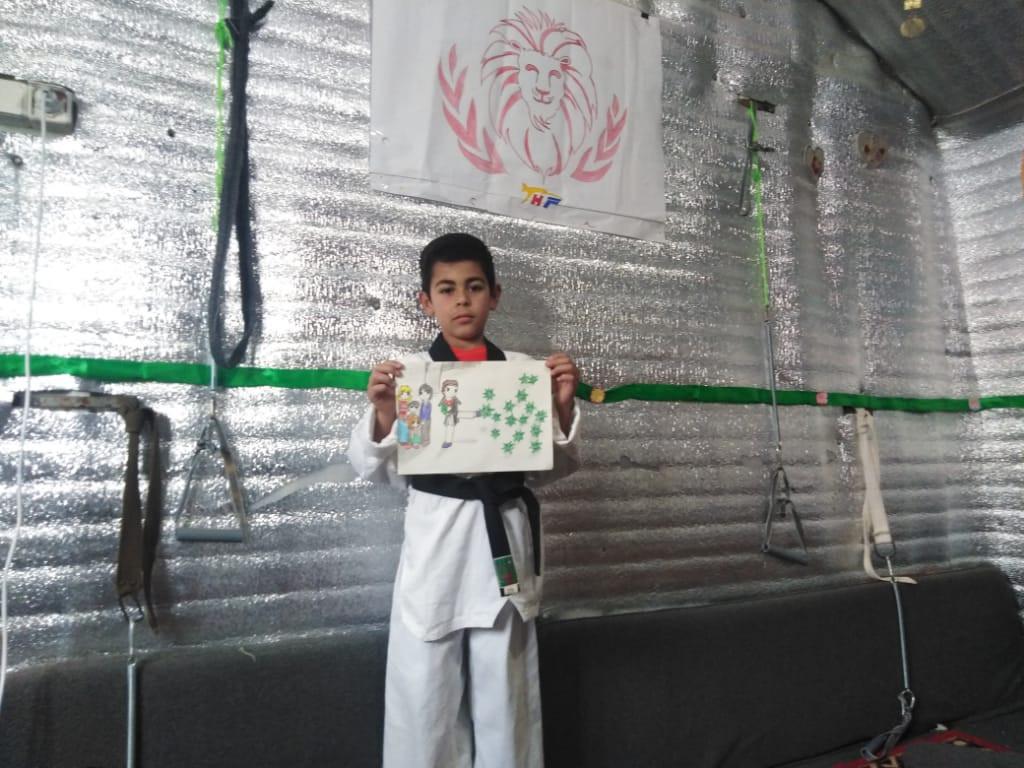 Youngsters around the world were invited to enter the contest, which was run by the International Fair Play Committee.

Submissions had to cover what they were doing in the battle against COVID-19, why they are a fair player or what they have played recently.

Al-Ayoub finished second in the six to 14-years-old category for his painting which showed a taekwondo fighter "kicking away" COVID-19.

The painting will now be put on show in November in both Paris and Lausanne, as part of the UNESCO Exhibition.

"The taekwondo family is very proud of Ayoub and the recognition he has received by the International Fair Play Committee," said Choue.

"Fair play is a critical element of the taekwondo philosophy and respecting your opponent is at the very heart of our sport.

"Taekwondo can also play a key role in helping people to maintain their physical and mental health during this time and so just as Ayoub's excellent painting shows, taekwondo can contribute to the fight against COVID-19."

Choue announced the creation of the THF, which works to teach taekwondo to refugees and displaced people around the world, in 2015.