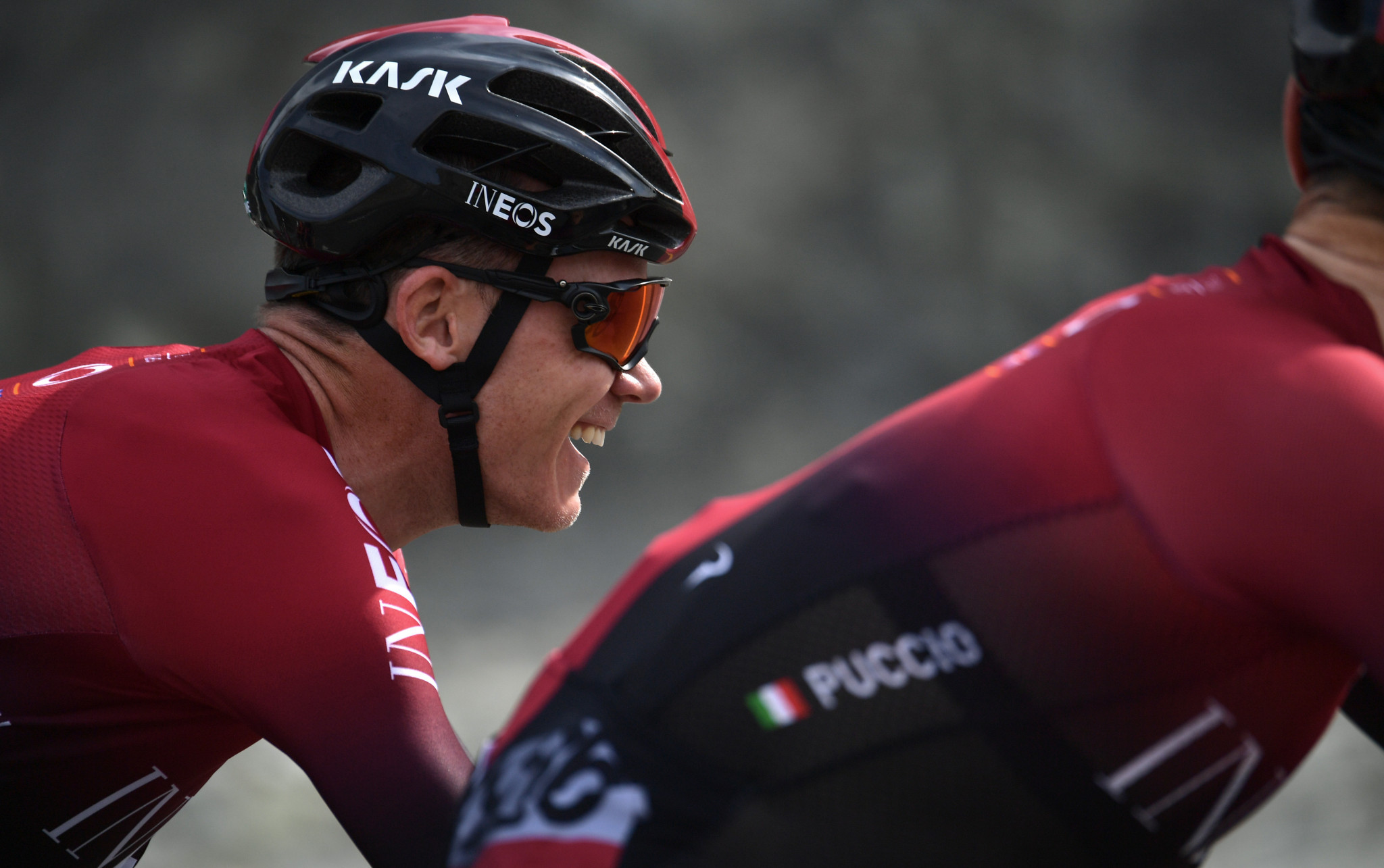 Team Israel Start-Up Nation has confirmed the four-time Tour de France winner Chris Froome will join on a long-term contract from next season, after his departure from Team Ineos was announced.

Froome’s contract at Team Ineos will conclude at the end of the current season, which has been heavily impacted by the coronavirus pandemic.

It will mark the end of a 10-year association with the team, which was known as Team Sky until 2019.

Froome’s departure comes amid increased competition for a leadership position at Team Ineos, who also boast Britain’s Geraint Thomas and Colombia’s Egan Bernal, the respective winners of the last two editions of the Tour de France.

"Chris’s current contract comes to an end in December and we have taken the decision now not to renew it," said Sir Dave Brailsford, Team Ineos general manager.

"We are making this announcement earlier than would usually be the case to put an end to recent speculation and allow the team to focus on the season ahead.

"Chris has been with us from the start.

"He is a great champion and we have shared many memorable moments over the years but I do believe this is the right decision for the team and for Chris.

"Given his achievements in the sport, Chris is understandably keen to have sole team leadership in the next chapter of his career - which is not something we are able to guarantee him at this point.

"A move away from Team Ineos can give him that certainty.

"At the same time, it will also give other members of our team the leadership opportunities they too have earned and are rightly seeking.

"I am excited about the talent we have right across the team at the current time and all our collective focus is on preparing for the season ahead.

"Like everyone across the sport we are all looking forward to the start of racing next month."

Froome has continued to target winning a record equalling fifth Tour de France title, which he reiterated he will try to win with Team Ineos when the race begins next month.

The delayed Tour de France is scheduled to take place from August 29 to September 20.

"It has been a phenomenal decade with the team, we have achieved so much together and I will always treasure the memories," Froome said.

"I look forward to exciting new challenges as I move into the next phase of my career but in the meantime my focus is on winning a fifth Tour de France with Team Ineos."

This is us, Israel Start-Up Nation:
We grew from a humble Continental team to a WorldTour team signing the best rider of his generation: Chris Froome.

Froome returned to racing earlier this year at the UAE Tour, after recovering from multiple serious injuries when he crashed at 55 kilometres per hour during a practice ride before stage four of the Critérium du Dauphiné in France last June.

The signing of the 35-year-old will be viewed as a coup for Team Israel Start-Up Nation, who only became a UCI WorldTour team earlier this year.

The team has said Froome will wear their jersey until the end of his career, while confirming he will lead their Grand Tour squad.

"This is an historic moment for ISN, Israel, Israeli sports, our many fans all around the world and, of course, for me personally – a moment of enormous pride", said Sylvan Adams, Team Israel Start-Up Nation owner.

"Chris is the best rider of his generation and will lead our Tour de France and Grand Tour squad.

"We hope to make history together as Chris pursues further Tour de France and Grand Tour victories, achievements that would make a serious case for Chris to be considered the greatest cyclist of all time.

"We are committed to building a supportive Grand Tour team around Chris, such that we can make history together, as we compete to be the best, and achieve our principal goal - winning the Tour de France.

"I am proud of the road we have travelled, which includes hosting the historic 2018 Giro d’Italia Grande Partenza in Israel, nurturing young Israeli talents, and inspiring a new generation of riders in Israel to take up the sport.

"With Chris, we will move to new heights at the very top of the sport.

"I wish to add that I admire Chris not only for his success as a cyclist, but also for how he conducts himself, as a true gentleman, off the bike.

"Chris will be a great role model for our team."