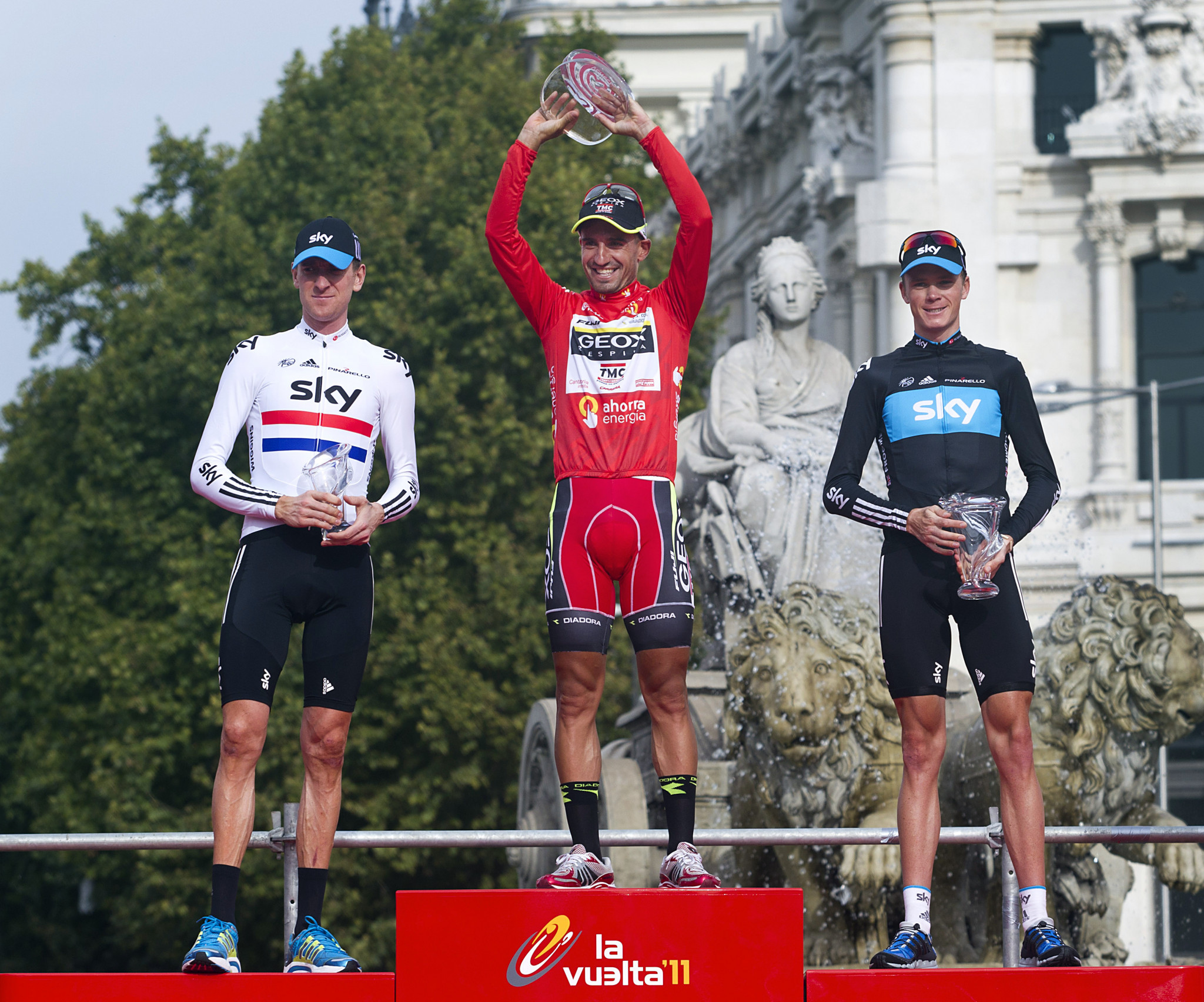 Britain’s Chris Froome could be retrospectively awarded the 2011 Vuelta a España title after the International Cycling Union (UCI) announced today that winner Juan José Cobo of Spain had been found guilty of an anti-doping rule violation.

Froome, who has just undergone a six-hour operation following a high-speed crash at the Critérium du Dauphiné yesterday, finished second in the event and went on to win the first of his six Grand Tours in 2013 at the Tour de France.

Cobo was found guilty of an anti-doping rule violation based on abnormalities from 2009 and 2011 detected in his biological passport.

The UCI Anti-Doping Tribunal has imposed a three-year period of ineligibility on the 38-year-old retired rider.

Cobo will be able to appeal against the decision at the Court of Arbitration for Sport.

"The Union Cycliste Internationale announces that the UCI Anti-Doping Tribunal has rendered its decision in the case involving Juan José Cobo Acebo," a statement from the world governing body reads.

"The Anti-Doping Tribunal found the retired rider guilty of an anti-doping rule violation (Use of a prohibited substance) based on abnormalities from 2009 and 2011 detected in his biological passport and imposed a three-year period of ineligibility on the rider.

"In accordance with the procedural rules of the Anti-Doping Tribunal, the decision will be published on the UCI website in due course.

"The decision may be appealed before the Court of Arbitration for Sport pursuant to Article 30.2 of the UCI Anti-Doping Tribunal procedural rules and Article 74 of the UCI Constitution within one month as of today.

"At this stage of the procedure, the UCI will not make any further comments."

Bradley Wiggins, who is set to be upgraded from third to second, currently holds the honour following his 2012 Tour de France victory.

Team INEOS confirmed today that Froome’s surgery had been a success following his crash yesterday.

The four-time Tour de France champion suffered multiple serious injuries after crashing at 55 kilometres per hour during a practice ride before stage four of the Critérium du Dauphiné in Roanne in France, including a fractured right femur, a broken hip, a fractured elbow and fractured ribs.

Froome had taken his hands off his handlebars to blow his nose when a gust of wind caught his front wheel, causing him to hit a wall.

He was taken to Roanne Hospital where he was stabilised and assessed, before being taken by helicopter to St Etienne Hospital for surgery.

"The operation, which lasted for six hours, went very well.

"Chris woke up this morning and was reviewed by the intensive care consultants and the orthopaedic specialist who operated on him and they are both very happy with his progress to date.

"Chris will remain in hospital for the next few days for observation, but he is already actively engaging in discussing his rehabilitation options, which is very encouraging."