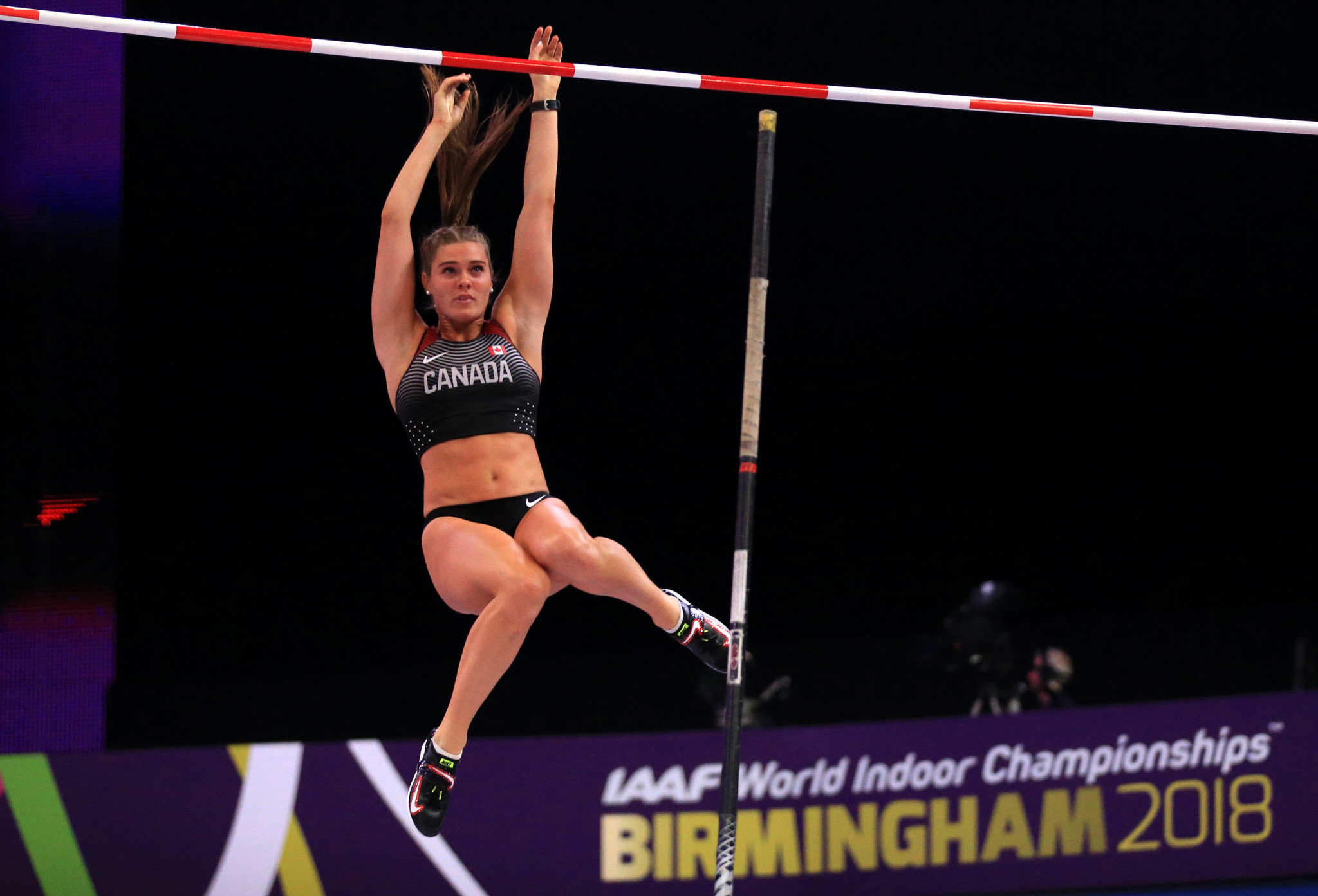 Alysha Newman has said she is relishing a return to action when she is one of 10 athletes to compete at the Livestream Games in the women's pole vault.

Hosted at a facility recently built by American national record holder Sandi Morris, Newman will go head-to-head with Morris in a competitive field on July 15 in Greenville in South Carolina.

It will air on live-to-tape on ESPN at 11pm GMT, hosted by optical company Zenni and World's Greatest.

Speaking about the event, Morris said: "Having the opportunity to compete against some of the best global competition at the set-up I built with my dad is a dream come true."

It will be the first USA Track and Field-sanctioned event since the postponement of the Tokyo 2020 Olympics in March.

Newman, who holds the Canadian record for women's pole vault has slowly made herself one of the key contenders on the elite stage since turning professional in 2016.

Although she is yet to win a world or Olympic medal, her breakthrough came at the 2018 Commonwealth Games, where she claimed gold having won bronze in Glasgow four years earlier at the age of 20.

Now, she is looking forward to seeing her hard training during the COVID-19 pandemic pay off at the exhibition event.

Speaking exclusively to insidethegames, Newman said: "As athletes there is an unknown with this new lifestyle, because no one has done something like this before, so we think we're doing it the best way we can by continuing training and getting in workouts.

"This meet will be a tester to see how the training is going and we've all been waiting for a meet to showcase what we can do.

"It's a question mark of how high we can jump but it will be good to see if our hard work pays off.

"It's something that as an elite athlete you don't want to go to a meet that doesn't have meaning.

"A lot of us have contracts that make sure we make marks at sanctioned meets so it is important for us to have fun but also to get good heights out there for our business and for us."

Finances are still a key talking point for athletes, with recent Diamond League exhibition events giving some of the world's top athletes income during a period where prize money is a rarity due to the suspension of activity.

She called the decision a "no-brainer" after receiving a call from her agent - who is also Morris' agent.

Yet, Newman understands that there are a lot of protocols that they have to abide by at the Livestream Games.

She added: "For me coming out of a country into the United States, I've been quarantined, I got a test yesterday to make sure I'm not coming over with anything and I know they'll be taking temperatures and the athletes will be social distancing and wearing masks.

"There will be a few more rules so I think athletes just need to be more patient so that we can focus on the jumping and keeping everyone safe."

Newman will arrive at the weekend a few days ahead of the event and will be tested on arrival too, while athletes will be given individual hotel rooms to ensure health and safety.

In the meantime, she has been focusing on improving ahead of the postponed Tokyo 2020 Olympics, now due to start in July 2021.

Newman had her highest finish at a World Championships in 2019, finishing fifth in the final on countback, just two centimetres short of her personal best.

She added: "If there's one thing we've been working on for me I've always been known as one of the slowest women in the top ten in the world so this year I'm focusing on getting faster and stronger on the runway and just my running form has changed in the last six months.

"I'm one of the best technicians, so just continuing to execute that will be good."

I will compete in a live, international, COVID-friendly competition against @KatStefanidi & @AngelicaB_PV ! Best wishes you two, “see you” tomorrow! 😉 #weltklassezürich#InspirationGames

Among her praise for the host Morris, who is one of only two women to clear five metres in the pole vault alongside world record holder Yelena Isinbayeva, she expressed that come Tokyo, she will not be satisfied if she is not on the podium.

Newman added: "I feel like the better I'm getting, the more hungrier and the more motivated I'm getting.

"I'm just continuing to better myself on the track and go down as one of the best of all time and when I'm looking forward to Tokyo, there's absolutely a medal there.

"At the end of the day, you always want to do better than you did last year and I see nothing other than one, two or three over the next couple of years."

The Livestream Games follows the unaffiliated Diamond League exhibition events such as the Impossible Games and the Inspiration Games - all online events created in the absence of the athletics calendar.