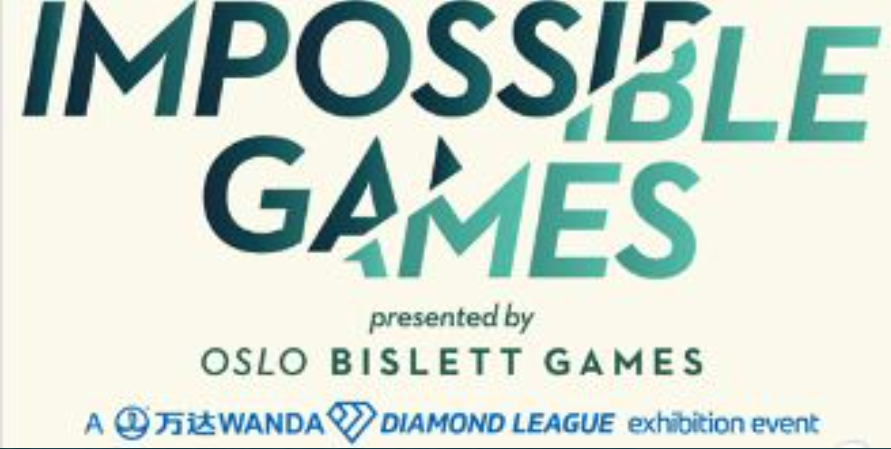 The largest and most significant athletics meeting of the pandemic-blighted year will take place with Oslo’s Bislett Stadium at its centre tomorrow night – the self-styled Impossible Games – with another similar event, the Inspiration Games, based in Zurich set to take place on July 9.

Home athletes Karsten Warholm and Jakob Ingebrigtsen will be among those involved in the Norwegian capital in an event that will conform to social-distancing rules while offering action-starved followers of the sport their first big opportunity to see a wide range of live competition – albeit by TV link.

No spectators will be present in the stadium, but the action – which will also include a pole vault including the top-ranked performers of all time, Sweden’s Mondo Duplantis and his predecessor as world record holder, Renaud Lavillenie of France – will be streamed live to numerous outlets.

While the fine details of the Oslo project have been worked out, the organisers of the annual Weltklasse meeting in Zurich – which was to have staged the Wanda Diamond League final this year before the widespread coronavirus lockdown – have announced their own plans for a one-off event.

The Inspiration Games will involve eight disciplines spanning seven stadiums, with 30 athletes representing Europe, the United States and the Rest of the World.

Multiple world and Olympic champion Allyson Felix, based in California, will have a virtual race over 150 metres against Olympic 400m champion Shaunae Miller-Uibo in Florida, while Switzerland’s world 200m bronze medallist Mujinga Kambundji will race on a home track.

“We want to offer fans what they have long been yearning for: a world class live athletics event.”@Weltklasse launch the Inspiration Games ?

Meanwhile Duplantis, who is based in Louisiana, has made extra efforts to be in Oslo in person tomorrow.

He flew to Stockholm last weekend and was planning to make the six-hour drive to the Norwegian capital to compete in the stadium along with 19-year-old home vaulter Pal Haugen Lillefosse.

Lavillenie, competing on the runway in his back garden as he did last month when he, Duplantis and double world champion Sam Kendricks took part simultaneously in the first of the World Athletics Ultimate Garden Clash events, has already vaulted and his results will be revealed as the competition in Oslo unfolds.

The first Garden Clash attracted more than 250,000 live viewers globally, with more than one million people from 90 countries watching the broadcast within 24 hours of it taking place.

Warholm will run alone in the Bislett Stadium an effort to better the world outdoor 300m hurdles record of 34.48sec set in 2002 by Britain’s Chris Rawlinson.

The double world champion has a best of 34.26sec for this event, although that time was set indoors.

Ingebrigtsen, the European 1500 and 5000m champion, will run for a Norwegian team including his elder brothers Henrik and Filip in a 2000m challenge against a Kenyan team running at the same time in Nairobi.

World 1500m champion Timothy Cheruyiot and his predecessor Elijah Manangoi will also take part in a race that will be shown live on a split screen, with victory going to the team with the fastest combined time from its top three finishers.

The record-chasers will be assisted by the presence of an innovative lighting system fitted to the inside rail of the track and set at the target pace.

Wavelight, developed by the Global Sports Communication partner SPORT Technologies, has been successful in its previous use.

Jos Hermens, Global Sports Director, said: "It offers not only a huge benefit for the athletes in their quest for setting qualification marks, PB’s and records it also immeasurably enhances the spectator experience.

“The Wavelight gives far more meaning to the races and allows fans to become engaged for much longer.”

How Wavelight technology has opened up new possibilities in athletics?

"As a fan watching on TV the Wavelights, it is very clear where the athletes are placed in respect to their goal which helps build genuine excitement for the entirety of the race."

Norway’s Therese Johaug, the multiple world champion and Olympic medallist in cross-country skiing, will make a solo run over 10,000 metres.

Johaug, who missed the 2018 Pyeongchang Winter Olympics after being suspended for 18 months for a doping offence, won the national 10,000m title in 32min 20.86sec in regular running shoes, and will be wearing spikes as she seeks to improve on what was the fifth-fastest time by a Norwegian woman.

The Oslo meeting is in lieu of the traditional annual hosting of part of the Diamond League programme.

Last month World Athletics announced a revised schedule for its 2020 League programme under the new sponsorship of Wanda, with the first meeting due to take place in Monaco on August 14.

The Diamond League, which has traditionally been structured as a series of meets where runners accumulate points towards qualifying for a final, will now involve one-off events.