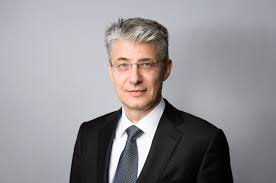 In a blog for insidethegames, Haas said the Act in its current form is "seriously flawed" and could harm rather than improve the anti-doping system.

The Act moved closer to being passed into law in March when the US Senate Committee on Commerce, Science and Transportation approved it and referred it to the Senate for consideration.

Individual athletes who get caught doping would not be subject to punishment under the law, it is claimed.

The bill is expected to apply to all major international sport competitions in which American athletes participate, as well as where organisers receive sponsorship from companies doing business in the US or are compensated for the right to broadcast their competition in the country.

It has been claimed criminalising those individuals would ensure they do not benefit from fraud.

Haas, a law professor at the University of Zurich, warned that WADA's investigative powers could be hindered by the Act, with whistleblowers potentially discouraged by the possibility of criminal prosecution.

He said more than 80 per cent of WADA investigations have begun following information from its whistleblower platform "Speak Up!".

"WADA has never been in a position to run cases without the involvement of informants or whistleblowers," Haas wrote.

"Make no mistake about it, if the Rodchenkov Act is passed into a law, WADA's proven capacity to investigate will be compromised.

"There is no other way to see it.

"A team doctor or other member of the support personnel, who cares deeply about the health and well-being of the athletes as well as the integrity of sport, comes under pressure to assist athletes in accessing and taking performance-enhancing drugs.

"After some time struggling with her conscience, she finally plucks up the courage to come clean and reports what's going on via Speak Up! or a similar vehicle provided by her National Anti-Doping Organization.

"How could WADA carve out an agreement with this whistleblower in exchange for her collaboration if there existed legislation that allowed for her criminal prosecution?

"The Rodchenkov Act and other similar laws would leave her exposed to criminal prosecution by various extra-territorial jurisdictions.

"There is no legal security for these whistleblowers in exchange for coming clean and providing valuable intelligence.

"The effect of the Rodchenkov Act will be to discourage people from coming forward with information."

Haas also suggested the Rodchenkov Act could undermine the harmonisation of anti-doping rules, and warned that the legislation could lead to other Governments retaliating with their own version of the law.

He raised concerns over the Act's potential impact on major sporting events, as well as deeming there to be "no clarity" around the potential criminal penalties the US would seek to enforce against people from outside the country.

Haas did welcome some aspects of the Rodchenkov Act, with the law professor saying it was "laudable and positive" that the protection of clean sport was on the political agenda.

He called for careful analysis of how the act may impact other nations, and the potential consequences for the anti-doping system, while warning that that proposed law could have negative impacts should it be passed without amendment.

The full blog can be read here.