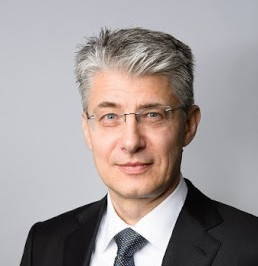 Be careful what you wish for. Designed to protect clean sport, the Rodchenkov Anti-Doping Act will have the opposite effect.

The Act, in the form it has been presented to the US Senate for approval, is seriously flawed and in many ways will do more harm than good in the global fight against doping in sport.

Athletes benefit when the rules are clear, the same for all and implemented consistently without fear or favour.

They benefit when the cheaters are caught and when they face sanctions. The current system allows for that. It may not catch all cheaters but it is more efficient than ever before.

In 2016, the World Anti-Doping Agency (WADA) created an Intelligence and Investigations Department (I&I) and a global anti-doping hotline called "Speak Up!" to allow whistleblowers to provide key information for investigations.

Since then, WADA I&I has conducted more than 15 major investigations which have resulted in the suspension of hundreds of athletes, coaches and sport officials, who were trying to cheat the system.

More than 80 per cent of investigations cases conducted by WADA have been initiated by information received via Speak Up! and WADA has never been in a position to run cases without the involvement of informants or whistleblowers.

Make no mistake about it, if the Rodchenkov Act is passed into a law, WADA's proven capacity to investigate will be compromised. There is no other way to see it.

Consider a typical whistleblower. A team doctor or other member of the support personnel, who cares deeply about the health and well-being of the athletes as well as the integrity of sport, comes under pressure to assist athletes in accessing and taking performance-enhancing drugs.

She reluctantly agrees. After some time, struggling with her conscience, she finally plucks up the courage to come clean and reports what's going on via Speak Up! or a similar vehicle provided by her National Anti-Doping Organisation.

How could WADA carve out an agreement with this whistleblower in exchange for her collaboration if there existed legislation that allowed for her criminal prosecution? The Rodchenkov Act and other similar laws would leave her exposed to criminal prosecution by various extra-territorial jurisdictions.

There is no legal security for these whistleblowers in exchange for coming clean and providing valuable intelligence. The effect of the Rodchenkov Act will be to discourage people from coming forward with information.

In the past 20 years, Governments (with the US Government at the forefront) and the sport community have built together a unique anti-doping system.

The World Anti-Doping Code and International Standards, together with the UNESCO and Council of Europe Anti-Doping Conventions, are the backbone of a constantly adapting legislative framework implemented worldwide that has, to my knowledge, no equal in other regulated areas of the world economy.

Consider how the world of anti-doping was in 1999 when WADA was founded, before the World Anti-Doping Code harmonised it and before the other instruments were created.

Each International Sport Federation and each Government had its own independently applicable rules with no consistency or harmonisation. Cheating athletes could be suspended in one sport or one jurisdiction but were free to participate in another.

Such a tapestry of rules no longer exists and this benefits sport enormously. It has been replaced by a robust and harmonised system that ensures that the rules are the same no matter who you are, where you are or what sport you play.

The intent that lies behind the Rodchenkov Act is to strengthen the set of rules which currently exist but if passed without amendment, it will not reach its target. By providing a second layer of legislation that is applicable around the world, the Rodchenkov Act threatens to undermine the accepted and successful global anti-doping system.

Frankly speaking, it also invites other Governments to do so and maybe not for the benefit of American athletes. It is expected that other Governments will retaliate, jump on the bandwagon and introduce their own hastily considered legislation.

In short, this Act will re-introduce the chaos of 20 years ago. Which rules will prevail? The World Anti-Doping Code, US law or some other rules implemented by other countries? How will this legal confusion help athletes?

Another element to consider is the impact of the Rodchenkov Act on the organisers of major sporting events, such as the Olympic and Paralympic Games. For the sake of argument, what would happen if a systemic doping scheme was in place at the Olympic Games in Tokyo next year?

There is no clarity from this Act as to how the US intends to use it to usurp Japanese law or the World Anti-Doping Code and take control away from where it belongs. The same can be said about the other Games whether they are in Beijing, Paris or Los Angeles. What will the rules be?

There appear to be gaps and uncertainties in the legislation that will directly impact sovereign nations. For example, there is no clarity around the severe criminal penalties that the US seeks to enforce against non-US citizens for activity occurring outside US borders, such as who is potentially subject to fines (of up to $1 million (£800,000/€890,000), who is subject to prison terms of up to 10 years, and who is subject to undefined asset forfeiture by the US Government.

Some aspects of the Rodchenkov Act are to be welcomed. It is a laudable and positive development that the protection of clean sport is on the legislative agenda of the US. All attempts in improving the fight against doping are warmly welcomed by the international community.

Indeed it is encouraging to see Governments using their legislative powers to protect clean sport and the Rodchenkov Act is no different.

In particular, the proposed measures that would combat international doping fraud conspiracies and facilitate the sharing of information with the United States Anti-Doping Agency are excellent. These measures align with the World Anti-Doping Code and UNESCO's International Convention Against Doping in Sport.

As such, it would appear that those who drafted the bill did so for the right reasons.

However, good intentions are not sufficient. They do not paper over the weaknesses of the bill. It is telling that, even in America, this legislation will not be universally accepted.

Initially, it was meant to include all US sport as well as international competition. However, in a later re-write, the massively popular professional leagues and college sports were removed from being bound by the terms of this bill for reasons that are unclear. If it is not good enough for those sports, why would it be essential for the rest of the world?

Some of the flaws in the bill are most likely due to the fact that no real public debate has taken place around it. The bill has been approved by the House of Representatives and by the Senate Commerce Committee without proper hearings being conducted, without the elected members having heard the views of WADA, the global regulator in this field, and without any formal consultation with the international community of stakeholders who will be negatively affected and a number of whom have expressed great concerns towards the bill.

Before enacting the bill into law, one would expect that a careful analysis be conducted about how this proposed law will impact other nations and what the consequences might be to the global anti-doping framework.

Given the motive behind the crafting of the bill is to protect clean sport, it would be ironic and unfortunate if it actually had the opposite effect.

That is exactly what will happen if this bill passes without amendment.